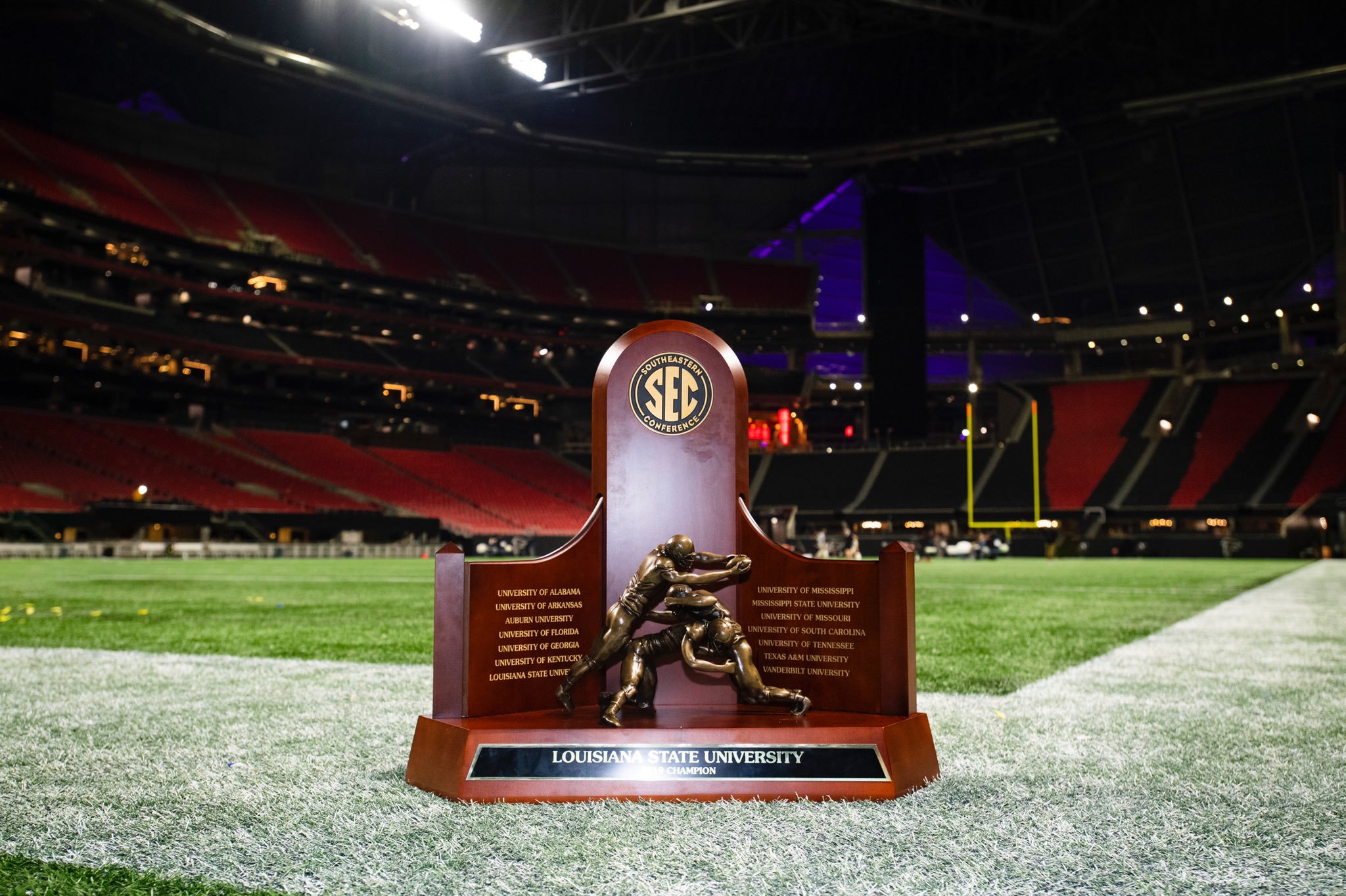 Hot take: LSU is a pretty good football team. As if we needed another reminder, the formerly #2 ranked Tigers didn’t let up in the year ending tilt, crushing the previously 4th ranked Bulldogs 37-10 to capture the 2019 SEC Championship.

The Tigers beat their 5th top-10 ranked team of this season on Saturday. Redshirt senior QB Joe Burrow was his usual fantastic self, tossing for 349 yards and 4 TD’s on 28 for 38 passing with a clean pocket all day. He continues to march towards a number one selection come April. Sophomore WR Terrace Marshall Jr. put this game to bed early. He snagged 5 passes for 89 yards with 2 scores. Junior WR Justin Jefferson also had a big day, with 115 yards and a score in this heavy mismatch. A lot will be talked about the 37 points against the Georgia defense. However, LSU’s defense deserves equal props for the dub.

LSU definitely staked another claim in the ‘DBU’ argument, harassing Georgia’s receivers all day. Freshman CB Derek Stingley picked off 2 passes to bring his season total to 6. It’s been an unreal year for the former 5-star recruit, having been named the national Freshman of the Year by Pro Football Focus heading into Saturday’s game. According to Pro Football Focus, he allowed a passer rating of just 65.0 prior to the contest and was given an overall grade of 90.1, tops among Power 5 corners. They’ve found another one folks.

The Dog Days of Fall?

It was a truly disheartening performance from Georgia as a whole. Junior QB Jake Fromm completed just 20 of 42 passes for 225 yards, a touchdown, and 2 interceptions. Fromm was inaccurate throughout the game and didn’t get the Bulldogs in the end-zone until the fourth quarter. The receivers couldn’t get open other than freshman George Pickens who caught four passes for 54 yards and a touchdown. Pickens was suspended for the first-half after having been ejected for fighting last weekend versus Georgia Tech. The running game could not find any room all day as well, held to just 2.4 yards per carry as a team. Junior RB D’Andre Swift, a potential top two-round pick come April, played through a shoulder injury he suffered last weekend, but was limited to just 2 carries for 13 yards and 3 catches for 18 yards.

LSU will walk into the College Football Playoffs with a #1 seed, meeting new #4 Oklahoma in the Peach Bowl on December 28th at the same stadium they took care of business yesterday; Mercedes-Benz Stadium in Atlanta, Georgia. Definitely insult to injury for Bulldogs fans. If they win that, they will look to cap off this amazing year with a National Championship to bring back home to Death Valley.

Where Georgia goes from here is a bit unclear at the moment. A Sugar Bowl meeting with Baylor is possible, but I bet that ‘Dogs fans can’t even think of that right now after a disappointing end to what was supposed to be a championship season. Fromm will have a draft decision to make after that, as this performance definitely adds to the argument that he isn’t a first-round prospect.