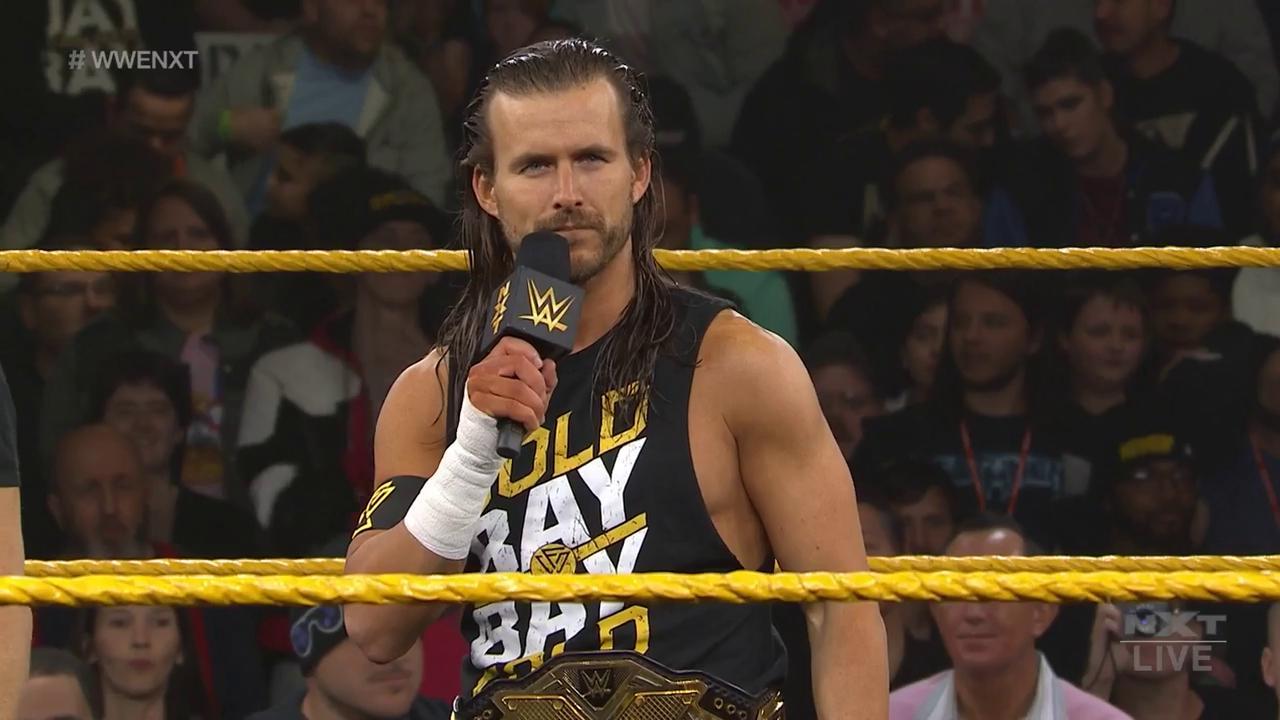 NXT Champion Adam Cole is set to defend the championship on the December 18th episode; as stated by NXT General Manager William Regal. It will happen live on the USA Network portion of the show. Cole will defend against the winner of the triple threat match set for next week. It pits Tommaso Ciampa, Keith Lee and Finn Balor against each other.

Cole comes off of a successful defense at Survivor Series against Pete Dunne, as he, along with his Undisputed Era cohorts are riding on a high. With Bobby Fish and Kyle O’Reilly successfully holding onto the NXT Tag Team titles; While Roderick Strong is maintaining a hold on the North American Championship.

But, with the resurging Tommaso Ciampa, the ever-rising Keith Lee, and the war-ready Finn Balor on the horizon, Cole looks to have more than his fill of competition.

But, he’s not the only one…

Shayna Baszler has answered the challenge of Rhea Ripley in a big way. Just as Ripley watched Mia Yim take a fight to Dakota Kai, Baszler’s music blared throughout Full Sail. Baszler came down with Jessamyn Duke and Marina Shafir, attacking Ripley as soon as they reached the ring. Ripley was able to hold her own for a few moments, but the numbers game got to her.

With Ripley having first fought off the Kirifuna Clutch, she was unable to keep out of it, as Baszler locked it on in the center of the ring. She was then dragged to the ropes, where Shafir and Duke held Ripley’s arms, as Baszler kept the clutch locked.

In two weeks, @QoSBaszler and @RheaRipley_WWE will COLLIDE for the NXT Women’s Title on #WWENXT! pic.twitter.com/hC8Gwgof93

Baszler released, only to grab a mic, and lay a challenge to Ripley. And the match has been signed for the December 18th episode of NXT.

.@itsLioRush puts the NXT Cruiserweight Title on the line against @AngelGarzaWwe NEXT WEEK on #WWENXT. pic.twitter.com/pCwPtta7Xw

Bobby Fish Injured? NXT Star Removed From Match
Superstar Releases Have Been Announced By WWE
%d bloggers like this: