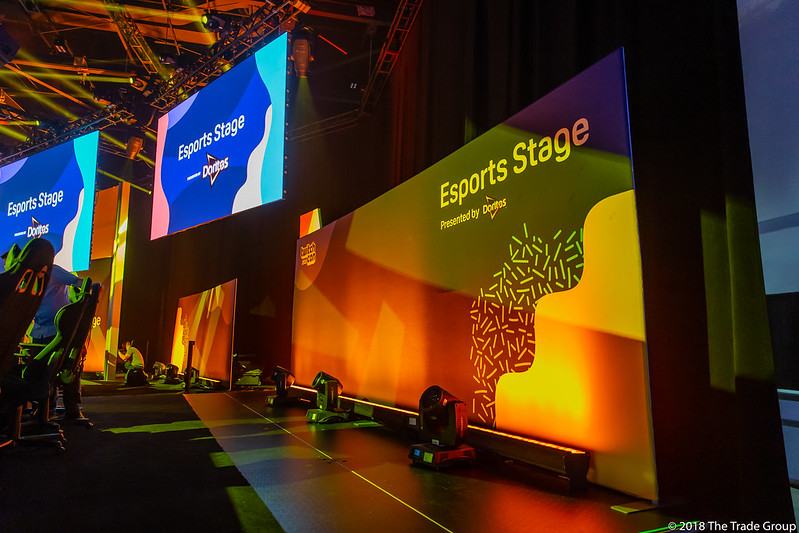 There have been rumblings that WWE is looking into launching their own E-Sports league. The company filed for trademarks on “WWE SGL” and “Superstar Gaming League” on November 11th, 2019. And with the wildly popular “Up Up Down Down” series hosted by New Day member Xavier Woods, many believe that he will feature heavily in the upcoming league.

The trademarks for each name have been filed with the USPTO (United States Patent & Trademark Office). The following is the language used in Trademark usage:

What does this mean for UUDD?

Originally, the channel was the brain-child of Xavier Woods (Austin Creed), in having to do with his love for gaming. He would often invite his friends and coworkers at WWE to play games, compete in tournaments, and speak about their lives before joining the company.

And it was, for the most part, his channel to run. Eventually, however, it looked as if WWE took control of the channel, and marketed it as one of their original programmings on YouTube. Earlier in the year, WWE started to promote the channel as “WWE’s popular gaming channel, hosted by New Day member Xavier Woods”, which led many to question whether Woods still had control of the channel.

The channel grew in popularity in the same fashion as Zack Ryder’s old YouTube show, Long Island Iced-Z. But, unlike Ryder’s channel, WWE embraced Woods’ channel with open arms, most likely due to the growing popularity of E-Sports.

Considering how having an E-Sports league could also open the door to a brand new market for the company; it could also be utilized as a means to promote their 2K series to a new set of fans.

Although, they should probably work the bugs out of the games before doing so.

What could it mean for E-Sports? This writer wonders…

E-Sports has essentially taken the world by storm in the last decade; look at the popularity of such games like DOTA, League of Legends, PUBG and Fortnite in these tournament settings. They’ve pretty much taken over the gaming tournament community, taking the crown from staples such as Street Fighter and Tekken.

Also, with a new gaming league that is under WWE’s control, it allows them to the opportunity to showcase the next-gen games in their library. Imagine a WWE 2K tournament that reaches the heights of popularity that say Fortnite or LoL tourneys have, and you can see where the interest comes in.

The downside of this, however, may also affect diehard fans of their games, as a greater focus on their potential league may put a halt on E-Wrestling leagues. And, if you don’t know what E-Wrestling leagues are, go to YouTube or Facebook, and look up such leagues as XVPW, RWL, ACL or any other league.

Shout-out to the guys who run those E-Wrestling promotions I’ve named, they’re cool guys (I even have them as Facebook friends, heh.)

But, back to the explanation at hand…

The downside could very well spell the end of E-Wrestling leagues, as WWE will look to feature videos pertaining to any league news or battles that happen in their league. Take into account that WWE’s 2K series is the one constant platform that most, if not all, E-Wrestling leagues use. WWE could and likely would, take issue with an E-League getting views using their games.

Consider that WWE will use their own 2K games in the league, and the problems arise from the video search algorithm. The company is going to want that kid who is looking for a cool video game playthrough; to view their channel. Especially if the game being played is a WWE 2K game. They aren’t going to care if some guy put anime created character A against comic-book created character B; even if they are put in a Hell in a Cell match.

WWE isn’t going to want their WWE 2K-whatever tournament to have to share views with any CAW videos. They don’t care if it’s Goku vs. Mario, Luffy vs. SpiderMan, or BatMan vs. Fun-Time Freddy.

They could just not care and go about their business. They are a multi-million dollar company and going after gamers would only make them look bad.

But, what do you think?

Press that comment button down below and leave us your thoughts, will they be cool if and when they officially run their league? Or will they look to stamp out E-Wrestling leagues on platforms like YouTube and Twitch? Don’t forget to follow us on Twitter, and don’t be a stranger.

Triple H To Join Team NXT At Survivor Series?
Deontay Wilder Wants To Step Into The WWE Ring
%d bloggers like this: