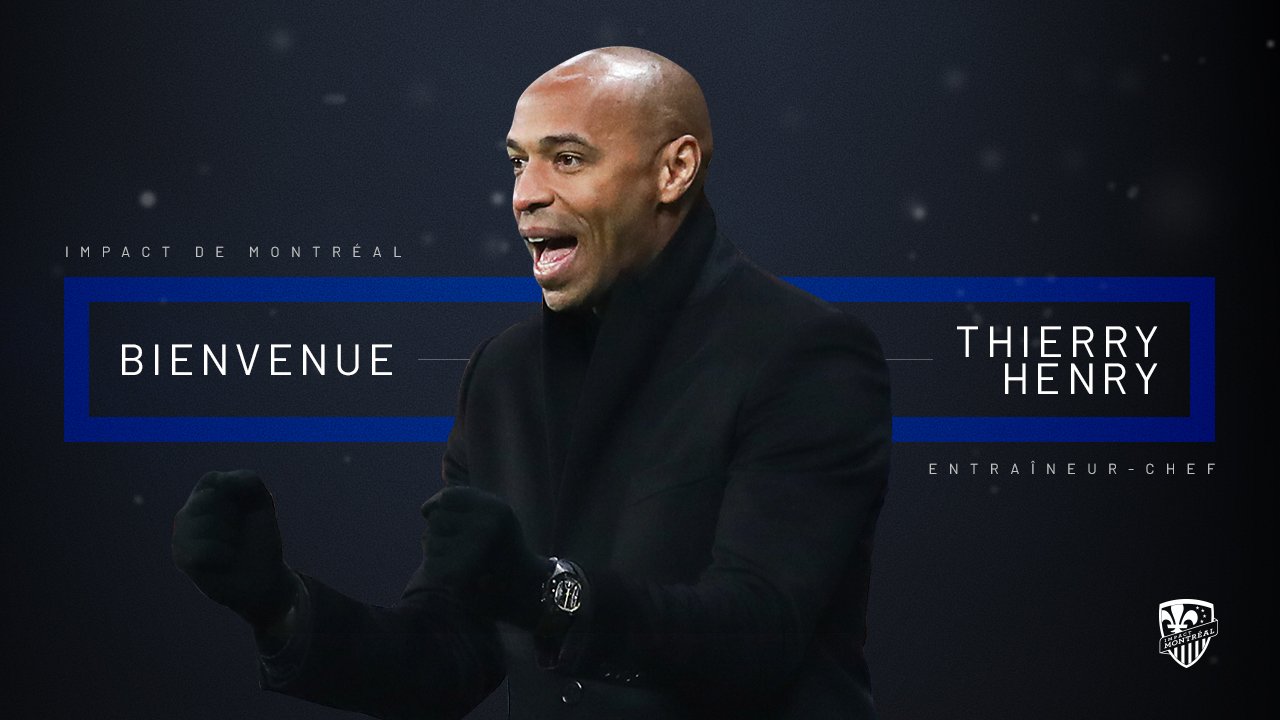 The Montreal MLS club announced on Thursday that hiring of Thierry Henry as their new head coach.

The former Arsenal striker has agreed to a two-year contract. Additionally, there is an option for one further season.

Henry is coming off a unsuccessful stint with Monaco that came to an end last January.

In addition to his stint with Monaco, Henry has been an assistant coach with the Belgian national team.

The former Barcelona star is no stranger to the MLS, having played for the New York Red Bulls in the latter part of his career while scoring 51 goals in 122 appearances.

Additionally, Henry had this to say about his appointment:

“It’s an honour to become head coach of the Montreal Impact and return to MLS,” Henry told the club’s official website. “It’s a league that I know well (and) where I had a great time.”

“Being in Quebec, in Montreal, which has a huge multicultural heritage, is something extraordinary. I have always had an eye on this club and now I am there.”

“This appointment, two months before the resumption in January, will allow us to have the time to build the team with the one who will pilot it.”

The Impact have missed on the playoffs since 2016. The Quebec club have only made the playoffs in three occasions since joining MLS in 2012. Their best season came in 2015 where they racked 51 points and ended the season in third place in the Eastern Conference. However, they only made the Conference Final in 2016 without a chance at reaching the finals.

Is A One Game Ban Fair On Bernardo Silva?
Is Solskjaer The Right Man For Manchester United?
%d bloggers like this: