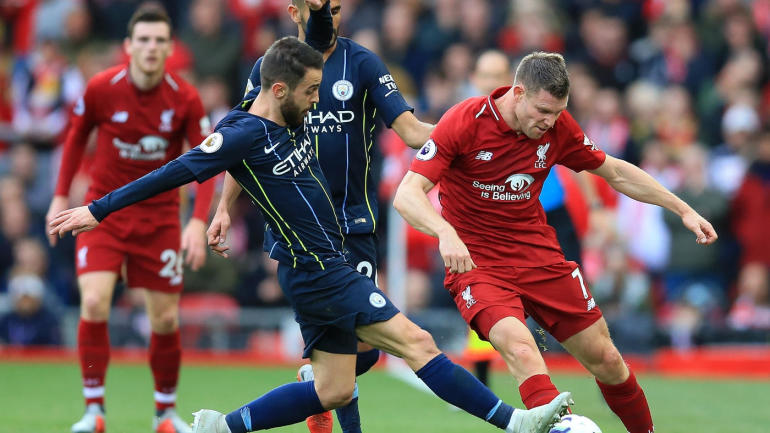 The hotly anticipated matchup of Liverpool and Manchester City will have a huge say in the title race.

Liverpool remains unbeaten in their Premier League campaign after pulling through potential banana skins in the form of Spurs and Leicester City. However, their most impressive performance came last weekend after coming back from 1-0 down against Aston Villa. Sadio Mane’s dramatic last-gasp winner at Villa Park signaled the resilience that is evident in the squad and was a champions-elect type of performance. Jürgen Klopp has assembled a team that will not roll over, instead, they will keep the pressure on until the game is truly done and dusted; much like Ferguson’s United.

Manchester City, while losing games, has also shown toughness in recent weeks. After Southampton endured an infamous 9-0 home defeat to Leicester, Manchester City were expected to demolish the Saints to a similar scoreline. Instead, City had to earn their 2-1 win after conceding an early goal from James Ward-Prowse. Despite their defensive frailties, Pep Guardiola’s men are coming into this important game in a reasonable run of form. Raheem Sterling continues to write the headlines as his purple patch this season makes a strong case for him to be Player of the Year.

Liverpool will still be without Joel Matip who continues to nurse a knee injury. Nathaniel Clyne remains on the sidelines with his cruciate ligament injury. Xherdan Shaqiri is close to returning after a calf issue has meant he has inactive for the last month, but he will not be ready for this weekend’s clash. On the upside, pivotal pairing Jordan Henderson and Virgil Van Dijk will be involved from the start on Sunday despite missing training in midweek.

City goalkeeper Ederson has been ruled out after limping off against Atalanta with a muscular problem. Kyle Walker will not be replacing Ederson despite his goalkeeping heroics, instead, veteran Claudio Bravo is expected to fill in for the injured Brazilian. Club captain David Silva will also miss the game after picking up a muscle issue against Southampton last weekend.

While City have been in a decent run of form of late, Liverpool have just looked too dominant. The Anfield boys’ last-minute win last week against Aston Villa solidified that notion. With the best attacking front three in world football, Liverpool have the tools to dispose of City. However, if Liverpool starts off slow as they have in recent weeks, City could score and make this a harder task for Klopp’s men.