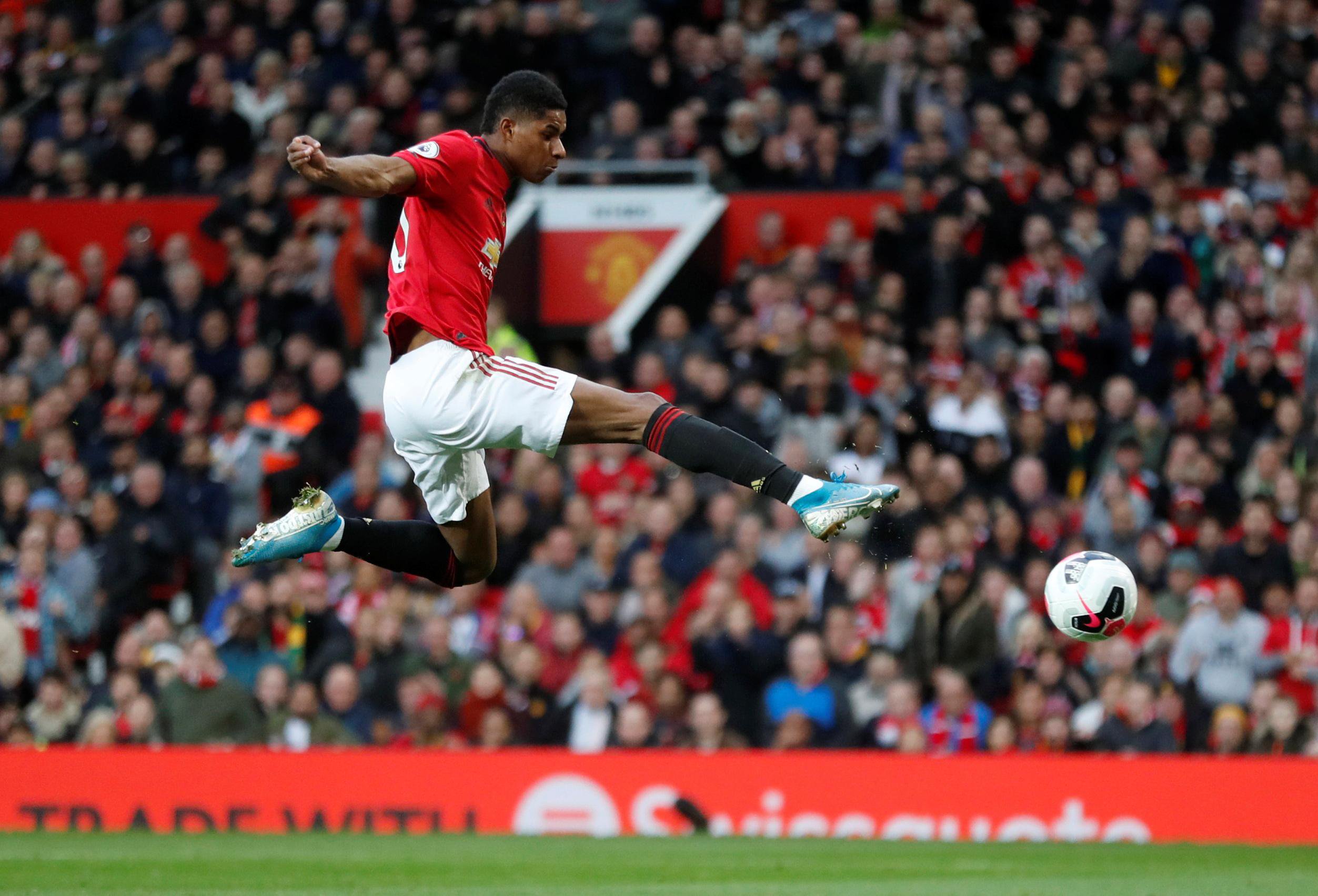 Manchester United ended Liverpool’s 100 per cent record in the Premier League, as they were held by their rivals at Old Trafford.

United took the lead after 36 minutes, when Marcus Rashford tapped home a cross by Daniel James.

Jurgen Klopp’s side pushed for an equalizer in the second half, which eventually came six minutes from time.

A cross into the box by Andy Robertson found Adam Lallana at the backpost who tapped the ball past David De Gea to salvage a point.

However, given how they underperformed, Jurgen Klopp will be happy to have come away with something.

For Manchester United, there were a lot of positives but once again they were unable to hang onto a lead. They are now four Premier League games without a win and have picked up just two points from a possible 12.

The big team news before the game was that Manchester United started with David De Gea in goal despite an injury scare on international duty.

However, Paul Pogba missed out and Anthony Martial was only fit for the bench.

Meanwhile, Liverpool welcomed back Alisson in goal but Mo Salah missed out after being injured against Leicester before the international break.

It was a bright start by Manchester United who had most of the possession in the opening stages.

Both sides were very cagey inside the opening 15 minutes, with chances at a premium.

Liverpool were struggling to control the game and create any clear cut chances during the first half an hour.

On 34 minutes, Liverpool created their best chance of the game. Sadio Mane picked out Roberto Firmino inside the box, as Liverpool caught United on the counter attack.

However, the Brazilian’s shot was tame and was comfortably saved by David De Gea in the United goal.

After 38 minutes, Manchester United took the lead. Daniel James picked up the ball on the right hand side. The Welshman delivered a fantastic cross, which found Marcus Rashford who tapped the ball past Alisson and into the net.

Liverpool players and Jurgen Klopp were protesting that Victor Lindelof had fouled Divock Origi in the build up to the goal.

But after a VAR check the goal was given, even though it did look like the Swedish defender had fouled Origi.

Just before half time, Liverpool thought they had equalized. A ball over the top found Sadio Mane, he brought it down, got past Victor Lindelof and fired the ball into the net. However, after another VAR check, the goal was ruled out, as the ball had hit Mane on the hand as he controlled it.

Liverpool started the second half by trying to pin United inside their own half. However, they were struggling to carve out chances and test David De Gea in the Manchester United goal.

United almost made it two after 66 minutes. Marcus Rashford picked up the ball and drove at the Liverpool defense. He unleashed a powerful shot from just outside the box, which went just wide.

Liverpool dominated possession throughout the second half, with Manchester United happy to try and break on the counter.

But their was a lack of quality from Jurgen Klopp’s side going forward with there passing surprisingly wayward.

With just five minutes remaining Liverpool equalized. A cross into the box by Andy Robertson found Adam Lallana at the backpost. The Englishman was left unmarked and had a simple tap in to haul Liverpool level.

In stoppage time, Liverpool almost won it. A shot from Alex Oxlade-Chamberlain from just on the edge of the box whistled just wide.

Both sides had to settle for a point, as Liverpool’s winning run comes to an end.

There are a number of positives for United boss Ole Gunnar Solskjaer. They were agressive in the first half and forced Liverpool out of their normal passing rhythm.

Tactically, the Norwegian got it spot on by playing a 3-5-2 formation. There two wing backs were pushed further forward than most expected and it forced Liverpool’s fullbacks backwards and they weren’t a threat for most of the game.

Marcus Rashford looked a threat going forward and looked to be playing with more confidence. He took his goal well and grew into the game.

Also, Anthony Martial came on late in the game, which is a big boost for Solskjaer.

But he will be incredibly frustrated that they were unable to get all three points. Once again, they let a winning position slip. So far this season, United have had leads against Wolves, Southampton, Arsenal and now Liverpool. In all four games they had to settle for draws.

If they were able to win these games, Manchester United would be in third place and only a point behind Manchester City. Instead, they are nine behind their city rivals and down in 13th.

This is something that has to change, if United are to turn their season around.

This was a poor performance from Jurgen Klopp’s side and was arguably their worst of the season.

Their passing was awful in the first half and they poor going forward.

They got better as the game got on and eventually managed to find a way through Manchester United’s defense. However, given that they came into this game on the back of eight wins in a row this season, you would have expected better from them.

There does seem to be a mental block when Liverpool go to Old Trafford. They haven’t won there since 2014 and Jurgen Klopp hasn’t won at Old Trafford in five attempts.

Given United’s form and many pundits predictions, everyone expected Liverpool to blow Manchester United away.

But that wasn’t the case. Yes, Liverpool may be six points clear at the top but today’s game showed some question marks over their mentality.

When the title race gets to the final stages, do they have the bottle to see it through and win a first title in 30 years?

That is the big question.

Next up, for Liverpool is away to Genk in the Champions League.

Meanwhile, Manchester United are away to Serbia to face Partizan in the Europa League.