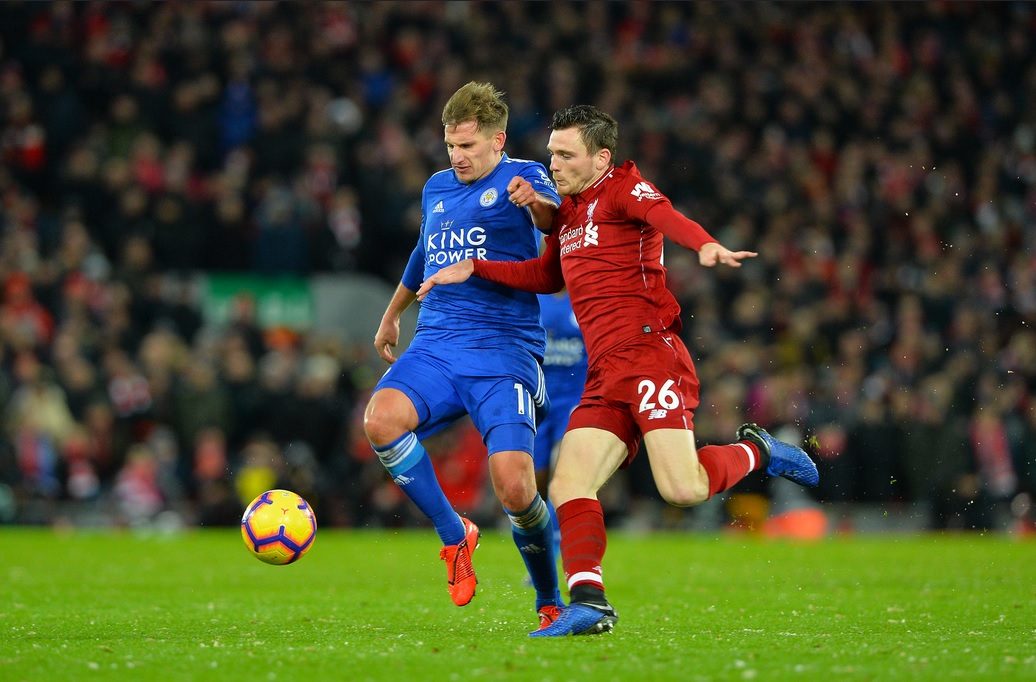 This match has everything you could ask for. A top of the table battle. Brendan Rodgers returns to Anfield. A revitalized Leicester City. A flawless Liverpool. And a match-up with a history of goals.

A little backstory for those who are unaware. The Premier League trophy has escaped Liverpool for nearly 30 years. They have come close so many times. In 2001/02 they finished in second 7 points behind Arsenal. Then in 2008/09 under Rafa Benitez they took the silver medal again finishing 4 points behind Manchester United.

Current Leicester City manager Brendan Rodgers was in charge of Liverpool from 2012-2015. In his second year in charge he had the Reds in the driver’s seat but two infamous matches, a 2-1 loss to Chelsea and a 3-3 draw with Crystal Palace, saw the title slip away. He had the chance to become a Liverpool legend but his time at the helm soured after the failure. However, he still brought the Merseyside club closer than they had ever been to the Premier League trophy.

When Rodgers was sacked he was replaced by current Liverpool manager Jurgen Klopp. Last season the German brought the club one point from Premier League glory and helped crown the club Champions of Europe. Since then, Klopp has been given legend status already something that Rodgers did not attain. So surely this meeting will bring some drama to Anfield as Brendan Rodgers returns for the first time since his dismissal.

After Liverpool’s near collapse against Salzburg in the Champion’s League midweek, some brighter news is on the horizon. On Friday, Jurgen Klopp announced that the Best FIFA goalkeeper in 2019,  Alisson Becker, trained with the first team on Thursday. While he did not confirm or deny the goalkeepers status for the weekend, he while seemingly be back between the sticks soon.

To blame Adrian for Liverpool’s near miss would be extremely harsh. Some of Liverpool’s frailties were due to Joël Matip missing the match. Matip and Virgil Van Dijk had formed a good partnership in defense but it will take time for Joe Gomez to form the same on field relationship. With that said, Matip looks set to miss Saturday’s match against Leicester meaning Liverpool’s defense may remain shaky against a threatening Leicester side.

Joining Matip on the sideline is attacker Xherdan Shaqiri who is suffering from a calf injury. The severity of his injury is unknown but it seems unlikely he will play a part in this match. Furthermore, Nathaniel Clyne is still on the sideline from a cruciate ligament injury. He is not expected back until January 2020.

Leicester City talisman James Maddison suffered a knock in Leicester’s victory over Spurs. Therefore, he missed the Foxes 5-0 drubbing of lowly Newcastle United but according to Brendan Rodgers he is set to make his return. His recovery will be a big boost for Leicester as they continue to fight for a top 4 place.

Liverpool had a bit of a scare this week in a 7-goal thriller against Austrian club Salzburg. The high intensity and the rollercoaster of emotions will surely take its toll on the Reds. This is not a game where major squad changes are an option because they need to keep some breathing room between themselves and the rest of the pack

Leicester City have become an entirely different team under Brendan Rodgers. He has transformed them drastically in the 8 months he has been there. Jamie Vardy has returned to his scoring ways and the defense has become impenetrable even with the departure of Harry Maguire. The young bank of four behind Vardy are essentially for getting the striker in the game.

However, this game could end up being more defensive than expected because these two clubs are tied with the best defensive record in the Premier League thus far. Both teams have only conceded 5 goals this season, therefore they may be able to neutralize the high powered attack of their opponents..

Leicester City are very attacking but could very easily find themselves committing too many players forward leaving themselves very open to counter attacks. At home Liverpool will fancy their chances against the Foxes despite their good start to the season.

Leicester have not been tested this season. They have had mixed results against struggling Spurs, a young Chelsea squad, and a misfiring Manchester United. If Leicester come away with any points they will consider that a good sign.