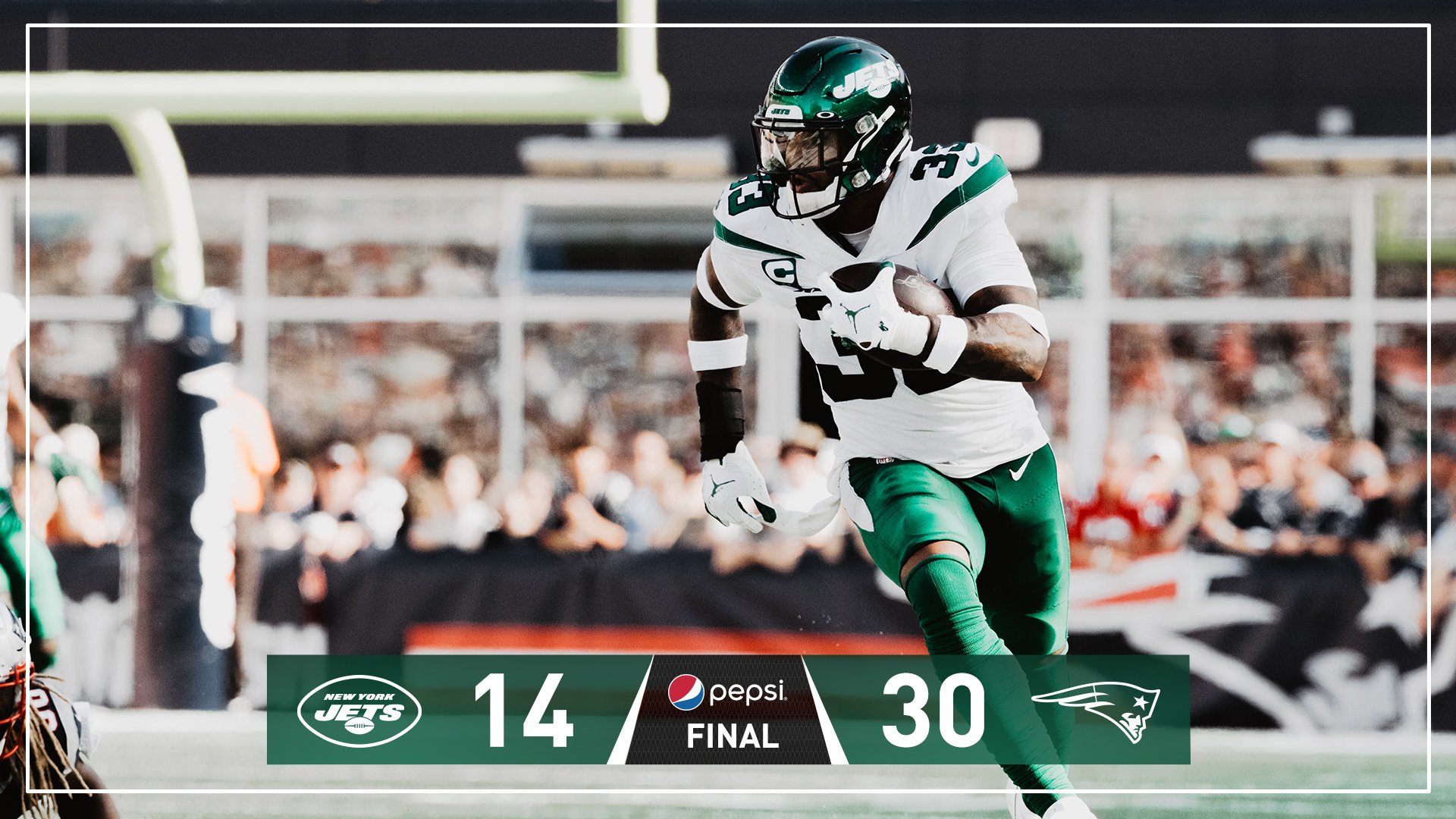 After a massive free agency, headlined by signings Le’Veon Bell and CJ Mosley, the New York Jets finally had expectations. But a case of mono and a broken ankle later, the Jets headed to New England with Luke Falk at quarterback. Luke Falk vs Tom Brady. It certainly was not the most exciting match-up, and Jets fans didn’t have much optimism leading into this week. That, paired with Las Vegas making the spread of the Jets-Patriots matchup a whopping 22 points, showed the complete and total lack of optimism. That proved to be a good choice, as the Jets couldn’t have looked much worse.

The Jets headed to New England without QB Sam Darnold, MLB CJ Mosley, and DT Quinnen Williams for the second consecutive game. At the end of the first half, the lack of a quarterback showdown was incredibly obvious. Luke finished the first half 7/10 for 59 yards with no touchdowns, fumbles, or interceptions. Tom Brady went 7/8 with 83 yards…on his first drive of the game. Tom Brady was outplaying Luke Falk in every single aspect. At the half, it was 20-0 Patriots.

In the second half the Jets defense actually showed some signs of life, but it was far too late. Despite the Jets scoring a touchdown on a muffed punt by the Patriots, followed shortly after by a 61 yard pick six from Jamal Adams, the game was never close or tightly contested. The Patriots were able to score early and often early, then cruise the rest of the game. The final score was 30-14, leaving the Jets still searching for their first win heading into their bye week, and propelling the undefeated Patriots to 3-0, going into a big game against the Buffalo Bills.

The Good: The Defense

Believe me, there was no good for the Jets in this game. The defense was simply the only part of the game that wasn’t horrible by all accounts. After a shaky start, the Jets held Brady to 9/15 for 109 yards and no touchdowns in the second half, however the game was already out of reach. Brady actually was pulled out of the game, but came back into the game after rookie QB Jarrett Stidham threw a bad pick six to Jamal Adams. Despite this, Brady still put up a line of 306 yards and 2 touchdowns, as you’d expect from a quarterback as great as him.

The Jets run defense was far from bad for this game. They held the Patriots to 68 yards rushing on 27 attempts. While the Patriots had 2 touchdowns come via rushing, the Jets did not allow a run over 10 yards all day. Having such a good day of rush defense without stars CJ Mosley and Quinnen Williams is the most impressive part. Their run defense is something that can stand out as a lone positive.

The Bad: The Offense

To say the Jets offense was horrible would be a massive understatement. Their play calling was predictable, their run game was sporadic, their offensive line looked lost, and their passing attack was nonexistent. Luke Falk finished the game with only 98 passing yards with no touchdowns and an interception. Le’Veon Bell finished with only 36 rushing yards, while backup Ty Montgomery added just 1 yard. On top of that, the Jets offense allowed 5 sacks. The Jets offense hasn’t had a single good game yet, but this was by far the worst showing yet. This was a game to forget for the Jets and it’s one they need to get past as soon as possible.

The Jets are now heading into the week 4 bye week, which is much needed. The week will mostly be used to get everyone healthy, especially MLB CJ Mosley, DT Quinnen Williams, and QB Sam Darnold. The team will need to fix its offensive woes quickly, but they will get a fresh start in Philadelphia when they come back. Jets coaches keep reminding the team that the Indianapolis Colts made the playoffs last season after a 1-5 start, but the Jets need to make changes right now.

2019 Seattle Seahawks Football Record Prediction
Why the Cleveland Browns May Already Be Doomed
%d bloggers like this: