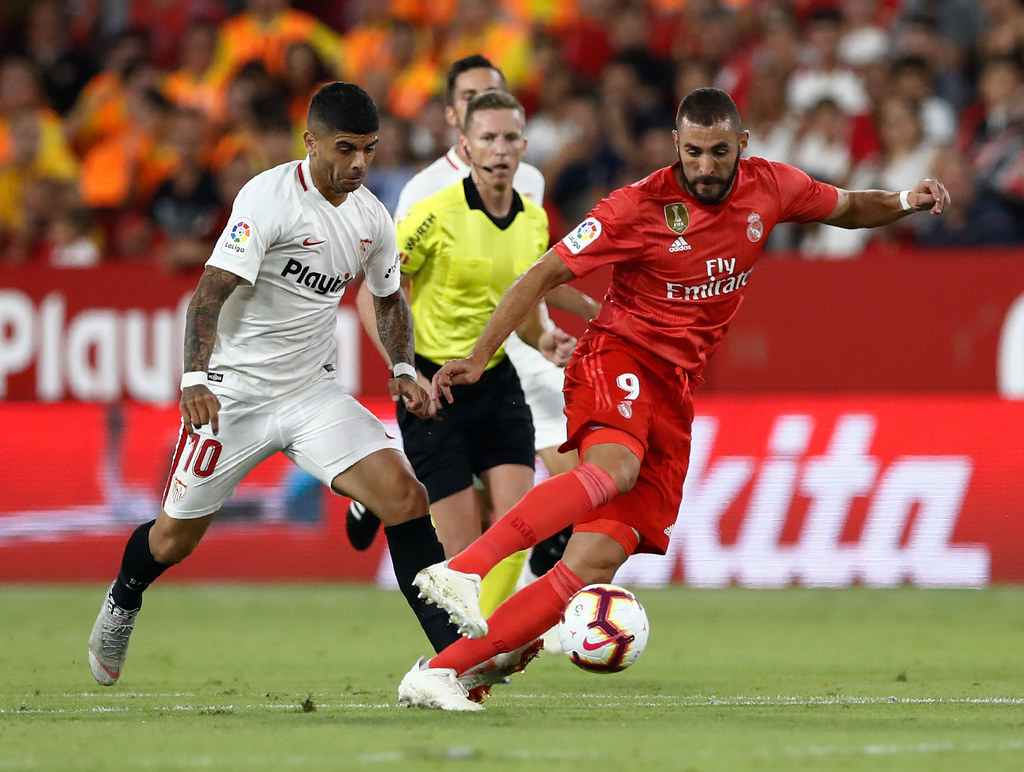 Despite starting La Liga undefeated, Real Madrid endured a difficult start to the Champions League on Wednesday and will look to rebound when they visit Sevilla in match-day five.

Interestingly, Sunday’s match has the potential to be both incredibly positive or an absolute nightmare for Los Blancos. Should Zinedine Zidane’s men pick up the win, they would be league leaders and mentally lifted after their disappointing start in Europe.

However, a loss would confirm the suspicion of many that the Spanish giants are simply not ready to compete against good teams. Furthermore, defeat to former manager Julen Lopetegui – who was dismissed around this time last year – will hint at no progress while adding a touch of irony.

Meanwhile, Lopetegui himself will no doubt be relishing the opportunity to cement his sides spot at the top of the table at the expense of his former employers. The Spanish coach is in the midst of a new project with the Andalusian club and is enjoying success to date.

Sevilla are also a deep squad and appear to be ready to compete in Spain and Europe simultaneously. New signing Javier Hernandez not being short on motivation after opening his account in the teams 3-0 Europa League victory Thursday evening. The Mexican will surely hope to get on the score-sheet against his former team.

Zidane will benefit from the return of Sergio Ramos to defense. The team captain’s presence was sorely missed due to suspension in his sides 3-0 loss to PSG on Wednesday. Also returning to the squad with him is Nacho Fernandez who may get the start so that Raphael Varane can rest.

Likewise, Midfielder Isco and forward Brahim Diaz are almost entirely over their injuries. Although, neither will likely see playing time. Elsewhere, defender Marcelo and midfielders Luka Modric and Frederico Valverde continue to recover while Marco Asensio is a long term absentee.

On the other side, Lopetegui’s side is not missing anyone due to injury. As a result, predicted to start is the same eleven that defeated Alaves a week ago. Madrid loanee Sergio Reguilon should also feature against them since there is no clause in his contract saying otherwise.

One statistic stands out more than the rest in this contest. Sevilla simply dominate it at home and have ever since 2015. Of course, if there is a club with the pedigree to end such a streak its Real. However, there is little evidence that Zidane’s current team is up to that task.

A draw is also unlikely. Incredibly, the two sides have not drawn in league competition in 19 years. As a result, all signs point to a Sevilla victory. Consequently creating a crisis in the Spanish capital on the eve of the Madrid Derby  the following weekend.

Unlikely as it is, a win for the whites in Andalusia would be their salvation.