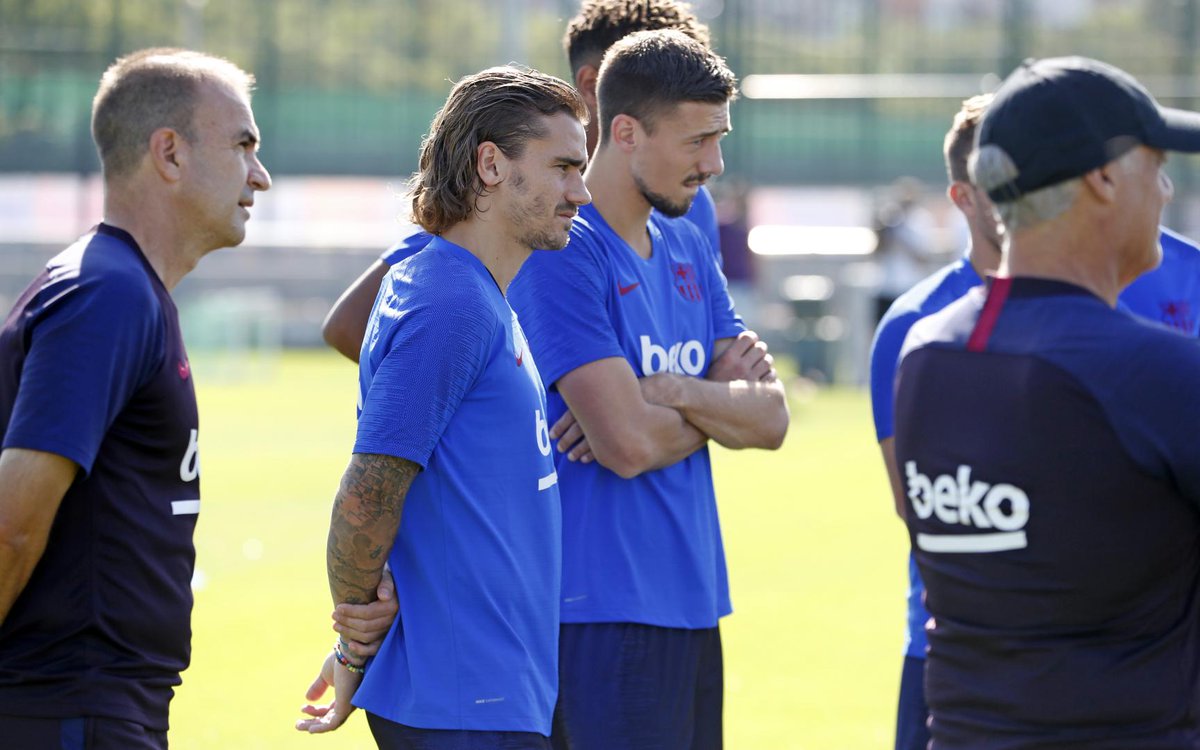 Group F of the 2019/20 UEFA Champions League season is arguably the toughest lot of the group stages. A set of teams teeming with quality, the ‘group of death’ consists of FC Barcelona, Borussia Dortmund, Inter Milan and Slavia Prague. However, one matchup stands above the rest. Borussia Dortmund vs FC Barcelona will be a savory clash for fans of both teams and neutrals alike. Dortmund and Barça have faced off in a competitive game only twice before in their history. They played each other in the final of the UEFA Super Cup in 1996/97 which used to be a two-legged affair. In the first of those fixtures Barcelona won 2-0 and the second ended in a 1-1 draw. Hence, this fixture does not really have much of a past. But all things considered it may well be history waiting to be written.

Giants of Their Leagues

Barcelona have established themselves as the force to be reckoned with in Spanish football. They have racked up a staggering 8 La Liga titles in 11 years and won the Copa Del Rey 4 years in a row till the 2018/19 season where they finished as runners-up. Dortmund pale in comparison, being largely in the shadow of their rivals Bayern Munich. ‘Die Schwarzgelben’ have not won a Bundesliga title since 2012 but they are still arguably the best team in German football after Bayern.

However, Dortmund saw a meteoric rise last season where they established themselves as genuine title contenders once again. Playing some of Europe’s most phenomenal attacking football under Lucien Favre, they were atop the Bundesliga table for quite a while but alas could not seal the trophy after a few unfavorable results. They look like a refreshed club teeming with youth, talent, quality and potential.

Both sides are extremely good at home and that owed in no small part to their supporters. Dortmund have some of the most passionate fans in the world. Not to forget the Signal Iduna Park’s famous ‘Yellow Wall’.

Barcelona are also incredible at the Camp Nou. They boast one of the biggest stadiums in world football and have the largest seating capacity in their stadium out of any team in the top 5 European leagues. It is also wise to remember that Barcelona are on an unbeaten home streak in the UCL that stretches all the way to 2013. Fearful numbers

Dortmund have gotten off to a decent start to their domestic season but their latest game against newly promoted Union Berlin ended in disaster as they lost 3-1. Even so they are in a much better spot than their competitors in question right now. Barça have only one win from their opening 3 games. They are enduring their worst start to a league season since 2009 with just 4 points out of a possible 9.

Both clubs may have reason to complain about their result(s) so far because they are missing quite a few key players through injury. Dortmund have had to deal with the absence of key midfielder Axel Witsel and new signings Nico Schulz and Thorgan Hazard. Luckily for the Germans though, Nico Schulz is back and raring to go after his international appearance vs Netherlands.

Barcelona’s injury list is worryingly long though. First and foremost they are missing their crown jewel in Leo Messi through a calf injury he picked up during preseason training. He is scheduled to return after the international break though which is great news for the Catalans. Then they are also missing Luis Suarez who got an injury in the season opener. Ousmane Dembele is also out due to a hamstring issue along with Samuel Umtiti and new signings Junior Firpo the leftbacks and keeper Neto Murara. Most of the players are scheduled to return soon but there is a good chance they may not play to avoid unnecessary risk.

Youth With Bags of Quality

Both sides obviously have immense quality with their experienced players. However, what sets this clash apart is the amount of tremendous young players in the rosters. For Borussia Dortmund the first name that comes to mind is of course Jadon Sancho who seems to have carried his form from last season over again. The 19 year old is an absolutely tremendous player with all the tools to become a superstar already at his disposal. Then they also have the new boys Thorgan Hazard, Nico Schulz and one of Leverkusen’s breakout stars last season in 23 year old Julian Brandt.

Barcelona have seemingly reignited their faith in La Masia. The explosive youngsters like Carles Perez and SIXTEEN year old Ansu Fati have already showed their class. Coupled with the youth who broke into the team last season with the likes of Riqui Puig and Carles Alena, they can wreak havoc. And of course who can forget Arthur Melo and the new wonderkid on the block- Frenkie De Jong. Both have had very impressive seasons in 18/19 and will be looking to show more of the same this time around.

All in all, this clash will be a spectacle of epic proportions. It is rather difficult to predict a winner. If Barça’s key stars are back in action then despite Dortmund’s home advantage, the Blaugrana will still enter as favorites. What happens over and after the international break will be very exciting to see.

5 Reasons Why PSG Will Win The Champions League
Premier League: Liverpool vs Newcastle United Preview
%d bloggers like this: