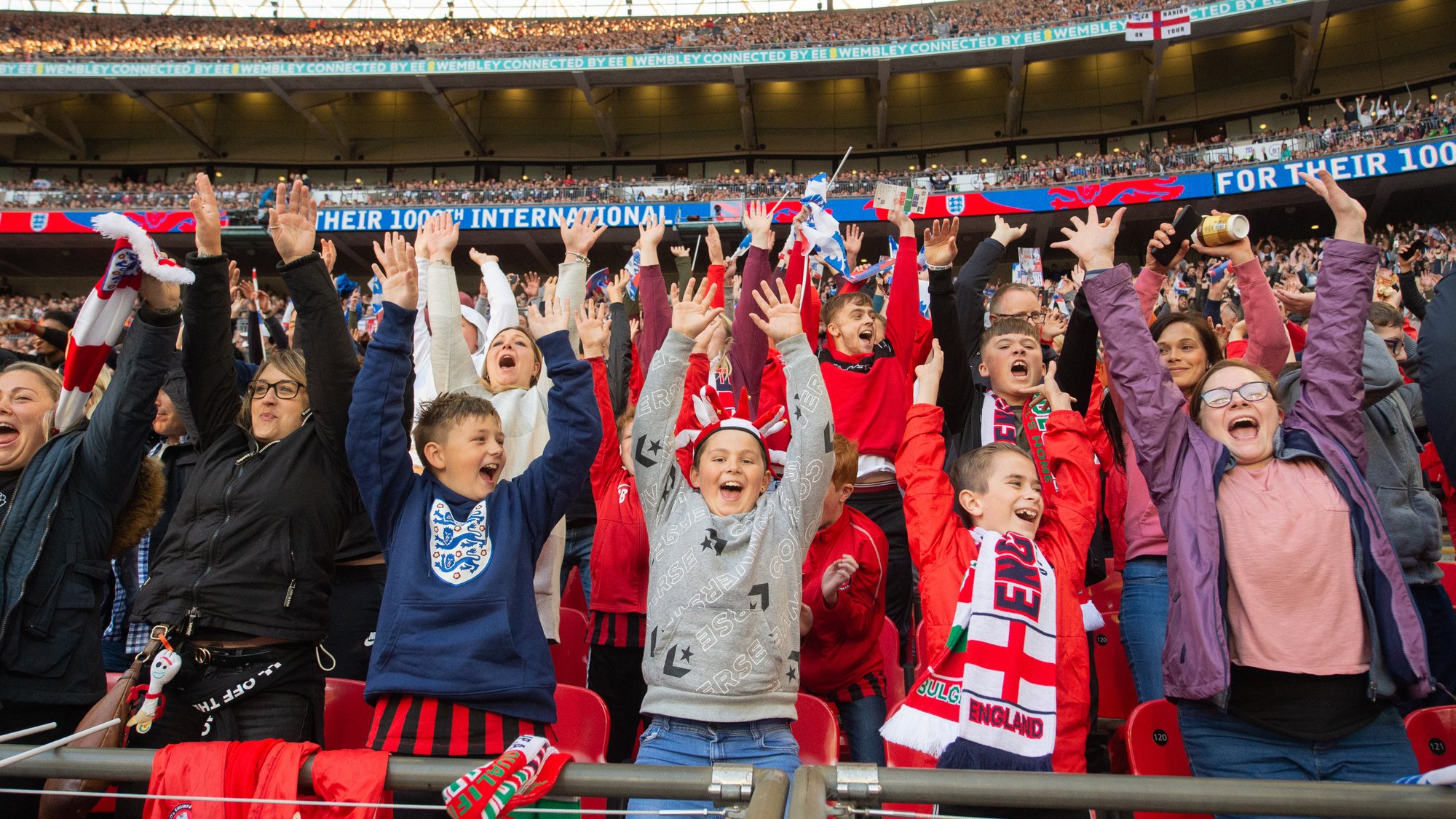 The top two of Group A face-off in Southampton

England welcome Kosovo to the St. Mary’s Stadium on Tuesday ahead of their top of the table clash in Group A of Euro 2020 qualifying. Gareth Southgate’s side comes fresh from their 4-0 demolition of Bulgaria.

The win put England one point ahead of second-place Kosovo with a game in hand. Firmly in the driving seat of Group A, the Three Lions already look on course to secure Euro 2020 qualification.

Also, from the first four group games, Kosovo is unbeaten after securing two wins and two draws. They have also maintained a tremendous record of 15 games unbeaten; resembling a resilient side.

For England, Harry Kane, who was the hat-trick hero against Bulgaria will be looking to maintain his excellent form. The England captain looked relentless on Saturday, dispatching chances that he is notorious for.

Borussia Dortmund winger Jadon Sancho could be set to replace out-of-form Marcus Rashford. Additionally, Sancho could look to give a touch more flair against a somewhat two-dimensional Kosovan defense.

As for the visitors, midfielder Besar Halimi will look to disrupt the flow of England’s possession. Also in the engine room, Halimi will be partnered by Idriz Voca who will act as the anchor to slow the English ship down.

Meanwhile, Kosovo will be without star player Milot Rashica. Also, Rashica, who plays his club soccer for Werder Bremen, is out with an adductor muscle injury. Another to look out for is Lazio player Valon Berisha. The 26-year-old will be available after making a substitute appearance in the 2-1 win against the Czech Republic.

Kosovo will prove to be strong in defense and will frustrate England throughout the game. The force of England’s attack should prove too strong for Kosovo.

Man Utd: What We Have Learned So Far
5 Reasons Why PSG Will Win The Champions League
%d bloggers like this: