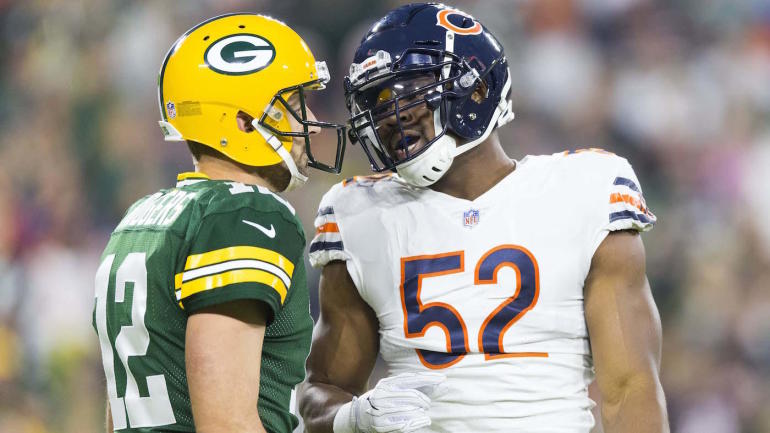 The Green Bay Packers initiate their season when they visit their division rivals the Chicago Bears at Soldier Field.

The Packers enter the 2019 season under rookie head coach Matt LaFleur after spells as an offensive coordinator with Los Angeles Rams and Tennessee Titans.

Meanwhile, the Bears are coming off a 12-4 season and an NFC North title under second-year coach Matt Nagy.

The Packers starting LB Oren Burks partially tore his pectoral muscle in their first preseason game and will miss a month of regular season action. CB Kevin King is dealing with a hamstring injury, however he looks to be ready for Week 1 against the Bears. TE Jimmy Graham hurt his finger in training camp but will be ready for LaFleur.

Unfortunately, the Packers will be without OL Jason Spriggs with a season ending injury which placed him on IR and possibly saw him in a Packers uniform for the last time. WR Equannimeous St. Brown and LB Curtis Bolton will also miss action with injuries suffered in preseason.

Burton has been struggling with a mild groin strain. Additionally, Coward is suffering from an elbow injury and Nichols has a knee problem that will likely keep him off.

The Bears are coming off one of their better seasons in some time. However, several questions still remain around quarterback Mitchell Trubisky in his third season at center for the Bears. Additionally, the QB comes to this game without throwing a single pass this preseason.

Meanwhile, the Packers and Aaron Rodgers are looking to bounce back after missing the playoffs and going 6-9-1.

The Bears are the clear favorites against Rodgers and gang, however, the future Hall of Famer has won 14 of the last 15 games he has started and finished against the Bears.

Nevertheless, the Packers have a brutal early stretch with matching against seven potential playoff teams in their first 10 games.

This will be a close match and the Bears will overcome the Packers despite Rodgers record against the Chicago side.