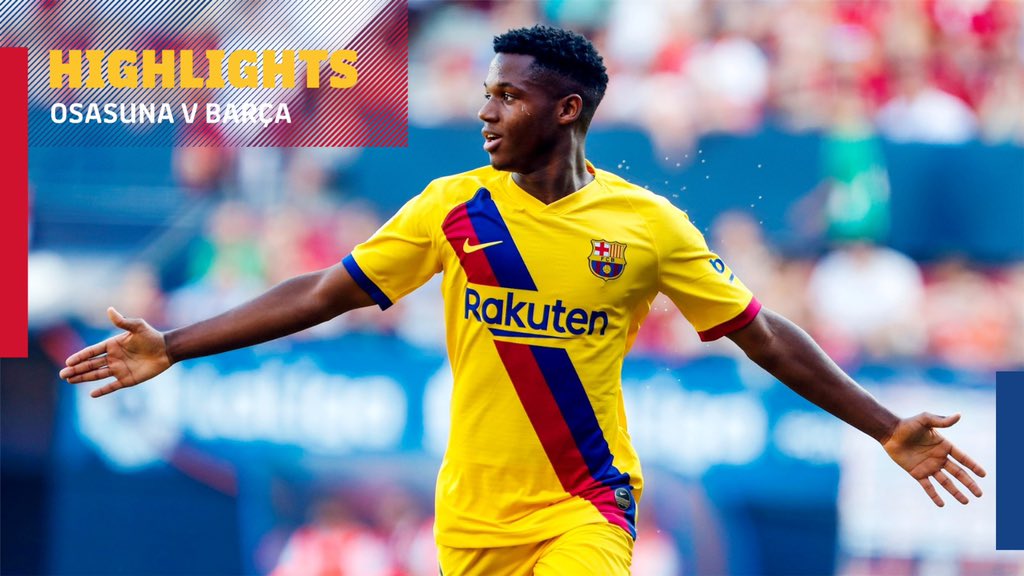 Newly promoted Osasuna have marked their return to the Spanish top flight rather well. They maintained their unbeaten start to the season by holding champions FC Barcelona to a 2-2 draw. Over the last year or so, Osasuna have made El Sadar quite the fortress. Last season they picked up 53 points out of 57. They continued that spectacular unbeaten home streak against the toughest possible opposition. Their hard earned draw puts them 4th on the table with five points from three games. Jagoba Arrasate and his side will be absolutely delighted with their spirited display against the mighty Blaugrana.

Barça however, have not had a very good start to their season. In fact it is their worst opening points tally since 2009. The champions have only gathered four points in their opening three fixtures. Today’s lackluster display only added to their woes. Osasuna’s blistering start gave them the lead in 7 minutes after a tremendous volley from Roberto Torres. Brandon managed to get the better of Alba who initially gave the ball away and float in a great cross for Torres to convert.

In the second half, Ernesto Valverde brought on 16 year old Ansu Fati and Arthur Melo who made a world of difference for the Catalans. Ansu Fati scored a brilliant header to equalize for Barça. In doing so he made history as the youngest ever goalscorer for Barcelona in La Liga. Arthur’s immense press resistance and distribution allowed the visitors a lot more control. He also scored his first Barça goal with a great curling strike to give them the lead.

The joy was short lived however since Osasuna struck back in the 81st minute after Gerard Pique handled the ball and gave away a penalty which Torres calmly converted. The hosts kept their great run of form alive but the visitors once again dropped valuable points. Barça now sit at seventh place with four points.

In conclusion, Valverde and his men have a lot of pondering to do heading into the international break. They need to freshen things up and quickly if they are to retain their domestic crown.

Southampton Frustrate United In Draw At St Mary’s Stadium
Arsenal Fight Back In North London Derby
%d bloggers like this: