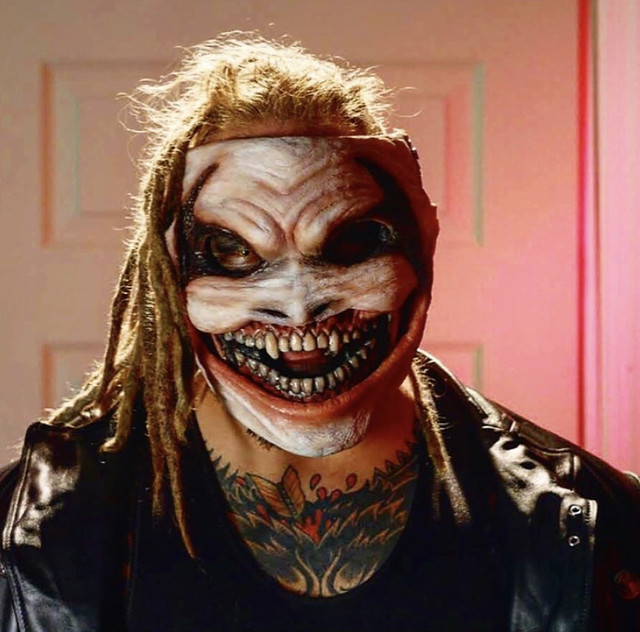 Bray Wyatt recreated and re-debuted his former cult leader character of the Wyatt Family into something more dark and sadistic character: The Fiend, and now it’s the number one topic in the WWE Universe. He started with the creepy but entertaining “Firefly Fun House” weekly segments; drawing crowds’ attention and then finally revealing his new character on his segment.

Ever since the former cult leader’s new character “The Fiend” debuted, fans are waiting to buy whatever Fiend merchandise WWE has to offer. The company didn’t wait long to put the mask and gloves of The Fiend on their WWEShop.com; the sales didn’t disappoint also.

Is The Fiend too much for WWE’s PG to handle?

The character is more of a darker and sinister version of Kane the Undertaker, the one time the Deadman wearing a mask; due to his face being crushed literally by King Mabel.  The Fiend, on the other hand, was told by the Undertaker to change his character; creating this well-developed character which some fans are calling it the Undertaker of this new era.

His in-ring appearances include attacking Finn Balor and beating him at Summerslam; attacking Hall of Famers like Kurt Angle, Mick Foley.

Today on Monday Night Raw, Jerry “the King” Lawler was viciously attacked by the re-emerging Fiend.

But the question is: is it going too far for the WWE’s PG era; being the family-friendly show? As reported by Tom Colohue:

“They want a happy medium. This is something special but it needs to be special without scaring half the audience away. Bray should have been on TV to follow up after SummerSlam but there was an argument over what Bray should appear…changes might need to be made to get a character everyone is happy with.”

The WWE might be thinking about “Toning Down” the character into something a bit more “PG scary” type; not ready for “Leatherface type” horror character type. Because the advertisers are worrying the Fiend might be freaking out some people watching USA Network or Fox, and won’t be watching their shows.

TSJ writer’s view on the Character

Advertisers and the networks wanting to tone down the character will only hurt the viewership & rating and not the other way around. But if they are not happy, what WWE can do is for the Fiend to make lesser appearances on weekly Raw and more “Happy Go Lucky” the New Bray to fill the spot. The only time the Fiend appears is when he sets on the next target and only wrestles on Pay Per Views; just like in my last article about the Fined, creating more PPV sales.

But toning-down will only hurt the character more because based on the merchandise sales; fans are now invested their interest in this Demon and will not like the PG version.  Everything the former cult leader is doing is magic and should be kept like that for the future ratings of WWE.

Let’s hope WWE won’t decide harshly on the “toning down” and find a way to make the advertisers’ happy. Do you think Bray needs to tone down his newly introduced character? Let us know!

The Fiend Makes It’s Debut On Summerslam And Blows The Fans Away!
NXT And AEW Going Head To Head On Wednesday Night! Who Will Affect Who?
%d bloggers like this: