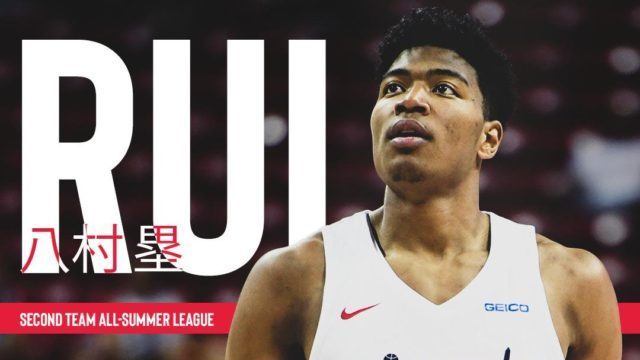 The Wizards went into this offseason with little expectations but managed to act like a team with some positive direction.

When the Wizards parted ways with Ernie Grundfeld in May many believed they were going to try to make a big splash in the GM market. Little did we know they wouldn’t name a new gm until late July after striking out on Denver’s Tim Connelly and Toronto’s Masia Ujiri. Tommy Sheppard had the interim tag removed and was named the full time general manager. The Wizards leadership also put together a team that will lessen the burden on Sheppard in his new role. The list includes names like Sashi Brown, John Thompson III and Jonny Rodgers. With a new leader running the organization here’s how Sheppard did his first offseason in charge:

The Wizards are most likely go this season without the services of John Wall, so finding a point guard was priority number one. They ended up signing Ish Smith and Isiah Thomas to fill the void at point. Thomas is a gamble, with his game never been the same after leaving Boston. Smith will give you solid play wether starting or off the bench.

The biggest addition was this years number one draft pick Rui Hachimura from Gonzaga. He will be most likely be slid into the starting lineup, and will be expected to play a big role as a rookie. Hachimura is also a big draw with fans. He is originally from Japan and has done a great job already, representing his home country.

He will probably start at one of the forward positions along with the Wizards other key addition, Davis Bertans. Bertans is one of the best 3-point shooters in the league at the four position. He will stretch the floor and allow Hachimura and Bradley Beal to probe the lane.

The Wizards entered this offseason with only five players under contract. Filling out the roster with very little cap space was going to be tricky. The lost four out of five of their free agents, only keeping Thomas Bryant. They let Bobby Portis go to the Knicks, Thomas Satoransky to the Bulls, Jabari Parker to the Hawks, and Jeff Green to the Jazz.

This was the plan for this offseason. Trading away Otto Porter was a cap move so bringing back a player at that salary level did not make sense. They let everyone walk, even though they got picks back from the Bulls for Satoransky. They also pulled off an unexpected trade when they got involved in the Anthony Davis trade. The Wizards ended up with three young players from the Lakers without giving up much.

One of the best moves Sheppard made was addition by subtraction. He traded away Dwight Howard to the Memphis Grizzlies for wing C.J. Miles. This added much needed shooting while getting rid of the unknown that was Howard. He was already bought out by Memphis and is still looking for a new home.

The Wizards will be a middle of the road team that at best, will compete for a lower seed in the playoffs. Beal will continue his rise into NBA superstardom and may be smart to hold off on signing an extension with the Wizards. If he has another quality season and the Wizards sniff the playoffs, he could be looking at an Alll-NBA team selection, and a super max contract.

Hachimura will struggle to adapt to the NBA game at first, but over the season will become more and more comfortable. The point guard position will be the reason this team succeeds or fails. If Thomas regains his all-star form and Smith provides him with an above average backup then the Wizards should be a good slightly above .500 team. If not, then they will be picking in the lottery for the third straight season.

Prediction: 44-38 seventh in the East, with career years for Bryant and Beal

New York Knicks Offseason Review: Where Did It All Go Wrong?
Golden State Warriors: The End Of A Dynasty?
%d bloggers like this: