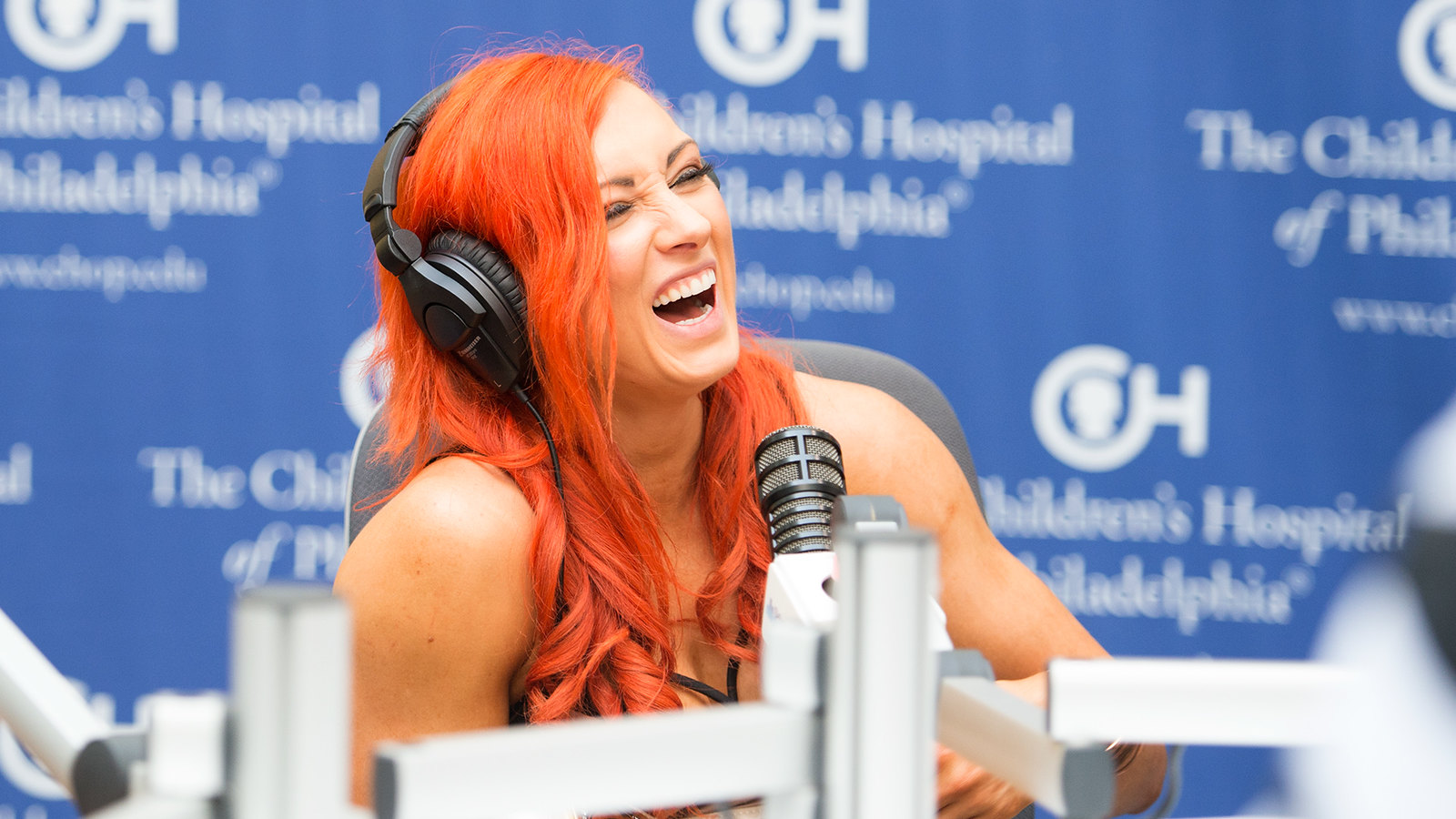 For the past several years, WWE has sought to build the women’s division. One of the effects of this focus has been the development of incredible female talents. The emergence of new superstars bolstered a historically weak division. In the end, the women have surpassed their predecessors and even headlined WrestleMania.

In the early years of professional wrestling, the female wrestlers were few and far between. Legends such as Judy Grable, Mae Young, and the Fabulous Moolah were the main attractions. Championships were rarely defended and when they were, only a handful of talents were given the honor of carrying the belt.

As time passed, the WWF would dip its toes in just a bit when they elevated Wendy Richter to championship status during the Rock N Wrestling Connection days. Women were featured on the inaugural WrestleMania card but not in a position of strength. The sporadic use of the Women’s Championship throughout the 1980s lead to the division being perceived as weak.

In the 1990s, wrestling started attempting to bring in more female on air talents who typically fit a certain mold. These were predominantly the Barbie Doll cookie cutter wrestlers. Despite the reality that many of these young ladies clearly had talent, they would struggle to get equal television time. OnE talent recently indicated that women would struggle to receive 6 minutes for a match compared significantly more for the men.

The purpose of having these women on the show was more to attract the male 18-34 audience than it was to allow them to showcase their wrestling skills. Many of the females during this period were much better workers than their booking would suggest.

Stratusfaction and the Punk Rock Girl

Whether it was intentional or by sheer accident, WWE happened to come across two ladies who would help redefine the industry. Trish Stratus and Lita bridged the gap between wrestling and main stream media attention. To rival these talented females new stars were brought into the fold. Ladies including Mickie James, Victoria, Jacqueline, Molly Holly, Jillian Hall, Candice Michelle, Michelle McCool, Layla, Torrie Wilson, and Stacy Kiebler were featured. The opportunity to “wrestle” also started to emerge.

While the WWE started to give the ladies a bit more television time, TNA Wrestling started featuring women in prime positions. Former WWE Diva Gail Kim would be paired with the massive Awesome Kong as the television main event highlighting the women in the prime spot for the first time in wrestling history. The Knockout’s Division in TNA Wrestling would show the world that great wrestling didn’t have to be driven by the men.

The Birth of a Revolution

In the WWE, the influx of certain non-conventional stars would begin to shift the focus of the female talents away from the male storylines. AJ Lee and Paige brought a new swagger and approach to women’s wrestling. Their unique personalities and ability to hold their own on the microphone was a testament to how hard they worked to hone their craft. Many fans trace today’s product to these two amazing young ladies.

With the advent of the WWE Performance Center and the cultivation of new talents at an all time high, WWE would again find themselves a fine crop of talented women. Sasha Banks, Charlotte Flair, Becky Lynch, and Bayley generated buzz and excitement. For the first time in WWE history, WWE had women who could outperform many of the men. They were given more time to craft compelling matches. Their storylines were intriguing and they became must-see television.

Additional stars would keep being brought up through the WWE training system. Alexa Bliss, Naomi, Nia Jax, Alicia Fox, Carmella, and others would hold their own with the best of the division. WWE’s female stars have been able to do what no other generation can claim. They have arrived as main event worthy.

From the first women’s main event on RAW to the first Hell in a Cell, Money in the Bank, Elimination Chamber, and eventually the first Women’s Royal Rumble, the ladies have had a chance to truly gain momentum for their spot on the card. With the success of these events, they have parlayed these opportunities into must-see action.

The arrival of former UFC Women’s Bantamweight Champion Ronda Rousey made headlines. For a sport that has often been viewed as fake, the addition of Rousey to the roster brought legitimacy to the product. Her ability to take the division by storm will go down as legendary. Was she the best ring technician? Absolutely not. Did she work her tail off to try to get there? Absolutely. She delivered some highlight reel moments. Alongside Becky Lynch and Charlotte Flair, the first ever women’s WrestleMania main event would happen at WrestleMania 35. Becky Lynch would reign supreme as the top attraction in the sport and the rest should be history.

In October 2018 the ladies would finally get what they deserve. An all-female PPV appropriately titled Evolution was planned. It featured stars both past and present and would put the women at the forefront of WWE programming. Despite the success of the show, a second offering has yet to be announced for 2019 though the popularity of the women’s division should provide the argument for such an event.

In the fallout after WrestleMania, Ronda Rousey decided to take a break from the WWE. Nia Jax suffered a severe injury. A debuting Lacey Evans would attempt to capture the spotlight in a post Rousey/Lych era. All of these things combined with no legitimate challenger being built up ahead of time would take a toll on the division. To make matters worse, following a Women’s Tag Team Championship defeat at the hands of the IIconics at WrestleMania, Sasha Banks would abruptly take a leave of absence from the promotion. News would break over the summer that Vince McMahon himself was never in favor of having Women’s Tag Team belts to begin with. Now, it has become apparent that WWE, and more specifically, Vince McMahon, have no long-term plan in place for those belts and the matches for the RAW and SmackDown Women’s Championships have been lackluster at best.

Can they turn it around?

With the quick decline in viewership as a whole and the need to generate substantial viewers for a Fox Television debut in October, WWE needs to turn things around ASAP.

What can they do? To start, they have brought back one of the Attitude Era’s best. Trish Stratus is set to face Charlotte Flair at SummerSlam in a “dream match” type of scenario. The match is also being dubbed the final dose of Stratusfaction. And then, Trish will be retired from the ring for good.

After that, WWE needs to take care of in-house business. First, they have to make things right with Sasha Banks. There has to be an opportunity for compelling matches and Banks provides some of that sizzle to the card. Second, WWE needs to take inventory of their talent and start to feature women in a way that is truly exciting to watch. Allow them to have an amazing match on free television. They have to also look to establish more stars. Shayna Baszler is waiting in NXT for a call-up to the main roster, where she poses a legitimate threat to Becky Lynch.

Finally, WWE needs to generate a culture of positivity to attract more talent. Despite the common perception that WWE has too many people to feature them all, WWE needs to put a focus on the women’s division in a new way. The WWE owns their own network. They need to have a female only show much like 205 Live. On this show they could feature new and familiar faces. Give them the time to do something meaningful. It would also be imperative to target marquee free agents when they become available.

In early 2020, rumor has it Impact superstar Tessa Blanchard’s contract is expiring. WWE needs to send feelers out there to see if they can make an overture to her. It doesn’t matter what the cost is, pay the price. In addition, fans are getting tired of waiting for the long rumored 4 Horsewomen of WWE vs. 4 Horsewomen of MMA feud. The match is long overdue and it should take place at this year’s Survivor Series pay-per-view. It would bring even more attention to the division and give them a prime opportunity to shine in a main program once again.

Undisputed Era: This Generation’s 4 Horsemen
Goldberg Payment Per Appearance By WWE: Will Shock You!
%d bloggers like this: