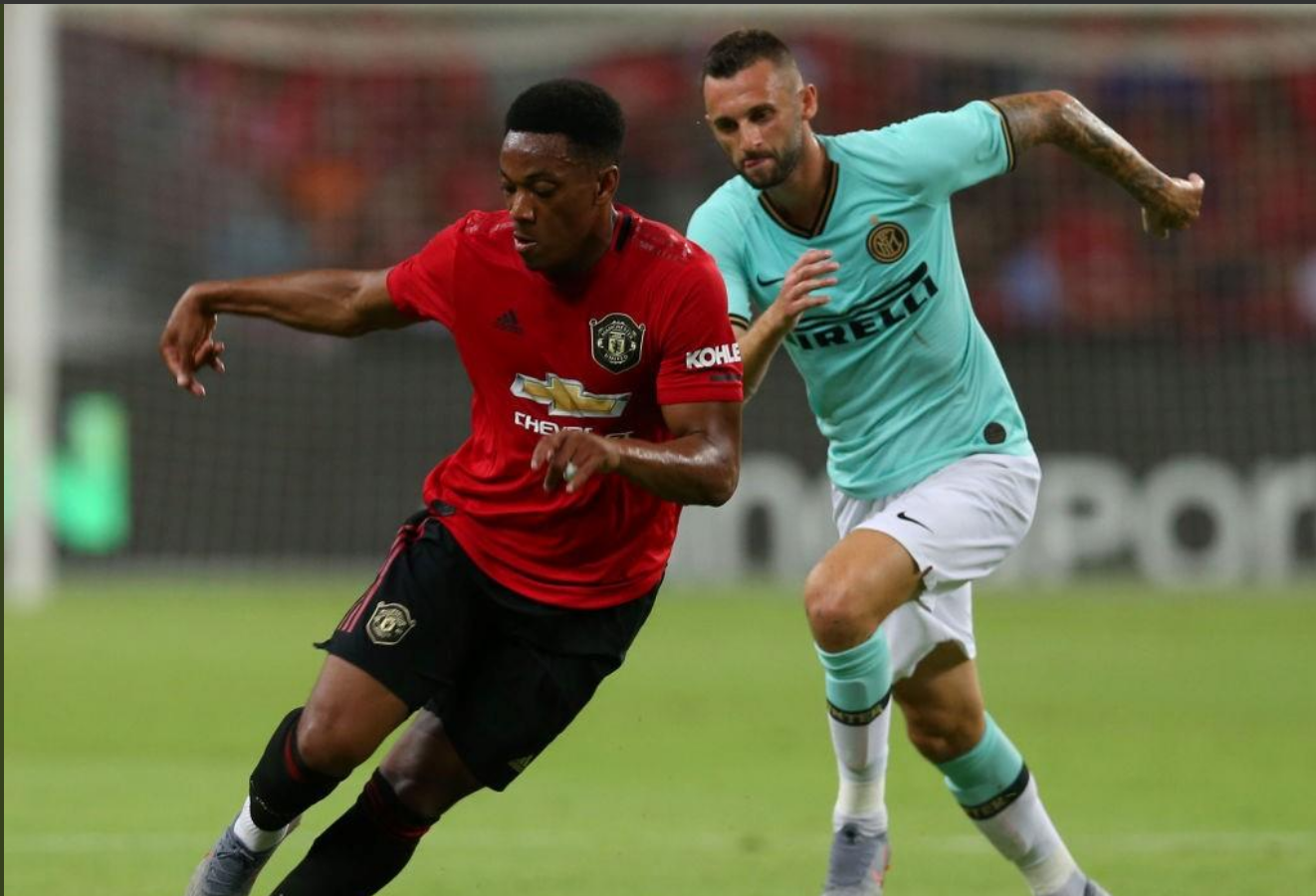 Manchester United made it three wins out of three in pre-season by defeating Inter in Singapore.

A goal from Mason Greenwood with 14 minutes to go helped seal the victory, which United deserved.

United boss Ole Gunnar Solskjaer will be pleased with his sides preparations for the new season.

They have scored seven goals so far and haven’t conceded, which given their defensive problems last season will please Solskjaer the most.

Here is a look at five things we have learned so far.

One of Manchester United’s star performers in pre-season has been 17-year-old striker Mason Greenwood.

The teenage striker scored his second goal in pre-season against Inter.  He almost had a second when he hit the crossbar from close range.

Before the match with the Italian side, Solskjaer said Greenwood could start against Chelsea on the opening day of the Premier League season.

Many felt Solskjaer was being outrageous when he said this last week. However, given his form, it is hard to deny that Greenwood deserves his chance.

With Lukaku looking like his will leave the club before the start of the season, Greenwood has a great chance to establish himself and follow in the footsteps of Marcus Rashford.

Daniel James Is A Work In Progress

Solskjaer’s first signing as United boss, the young Welshman has shown flashes of his potential during pre-season.

The 21-year-old has blistering pace and is the type of player who will get the United fans excited.

However, there is no doubt that he is a work in progress and is still raw. He has managed to get himself in good positions but his final delivery needs improving.

If he can improve this, United will have a top player on their hands who will cause defenses all sort of problems.

One of the problem areas that Ole Gunnar Solskjaer had to solve was finding a long term replacement for Ashley Young at right-back.

The Norwegian looks to have found that man. Bought from Crystal Palace for £50 million, Aaron Wan-Bissaka has been a standout in pre-season so far.

Against Inter, Wan-Bissaka was outstanding. He looked in control and confident from the start.

He also looked good in attack and unbeatable in defense. When he did give the ball away in the second half, he made a superb recovery run to catch Inter left-back Dalbert and made a brilliant recovery tackle.

In that one moment, Wan-Bissaka showed his strength and pace.

Finally, United has a quality right-back who is only going to get better.

It was obvious last season that Manchester United were in need of a creative midfielder who can provide assists.

The only creative midfielder United have is Juan Mata. Even though, Paul Pogba has all the ability to be that player, the Old Trafford could do with a more natural number 10.

Manchester United should be doing all they can to sign Bruno Fernandes from Sporting. The Portuguese midfielder scored 20 goals and had 13 assists last season in the Portuguese league.

He appears to be a class act and impressed in the UEFA Nations League for Portugal in the summer.

If you look at the creative midfielders that Manchester City have with the likes of David Silva and Bernardo Silva, United desperate need someone who has the same quality, if they are to challenge for domestic and European honors.

Wake Up Call For Smalling And Jones

Also, the Norwegian decided not to play Chris Smalling or Phil Jones at all despite being on the bench.

This should signal as a wake up call for both who had disappointing seasons last campaign.

There is no doubt that Solskjaer sees Victor Lindelof as his top center-half and is eager to bring another center-back in alongside him.

Smalling and Jones should be worried that Tuanzebe, who many felt would go on loan once again, looks to be ahead of them in the pecking order.

Tuanzebe looked nervous on the ball but didn’t do anything wrong and appeared solid enough.

Solskjaer has definitely sent out a message to both Chris Smalling and Phil Jones that they will need to improve dramatically to be apart of his plans.

United Arrive In Singapore: What To Expect This Week
Serie A Contenders For Scudetto In 2019/20 Season
%d bloggers like this: