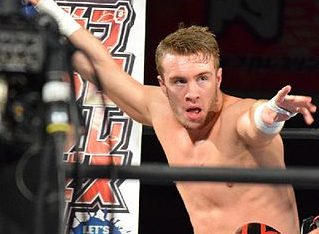 Every year New Japan Pro Wrestling holds the G1 Climax. It may well be the most prestigious tournament in all of wrestling. The winning superstar receives an IWGP Championship opportunity at Wrestle Kingdom. This concept has allowed New Japan to create new stars every year. With their format, New Japan has created a constant flow of evolving future main event level talent. This has led to some of the best wrestling action in the world.

Many of the best wrestlers in the world have made their way through the G1 Climax. It has served as the launching pad for careers. Hiroshi Tanahashi, Kazuchika Okada, AJ Styles, and Kota Ibushi have all made their presence felt during the 5-week long event. The tournament is a two block round robin style tournament. It features the 2 block winners who score the most points from the round robin portion of the tournament facing off for the Championship opportunity.

In recent years, the G1 Climax has seen Tetsuya Naito and Kenny Omega have taken significant leaps in their career based on their incredible G1 Climax wins. Both have parlayed their wins into main event status within the company and this year there are a growing number of stars that seek to establish themselves as the stars of the future.

New Faces at the Top

This year there are several talents who may be ready to make the next big jump in their position in the company. Jon Moxley is set to make his debut. Kenta should be primed for a huge impact. Will Osprey appears to be primed for the move to the heavyweight division. The biggest surprise may be Lance Archer. After being stuck in the tag team division for so long as a member of the Killer Elite Squad, Archer is beginning to emerge as a legitimate player.

What may be the biggest thing to take away from the tournament is the long term benefit to New Japan. WWE spends a significant amount of time and energy cultivating talent in NXT which is similar to the New Japan Dojo. The difference in that aside from the NXT Takeover shows, the lower level players in NXT get little on-air time. In the G1 Climax, New Japan can establish several new stars quickly and with much less time invested. Losses by a new emerging talent mean less as they have a limited resume at that point. Simply competing in the G1 Climax creates the proper level of a push for new talent. WWE lacks this skill often burying new talents when they reach the main roster.

Lessons to be Learned

The huge takeaways from the G1 Climax are simple. Watch the tournament for the best wrestling on the planet. Look for the stars of the future. Expect surprise wins and losses. Enjoy watching a promotion do things the right way which is Best For Business!