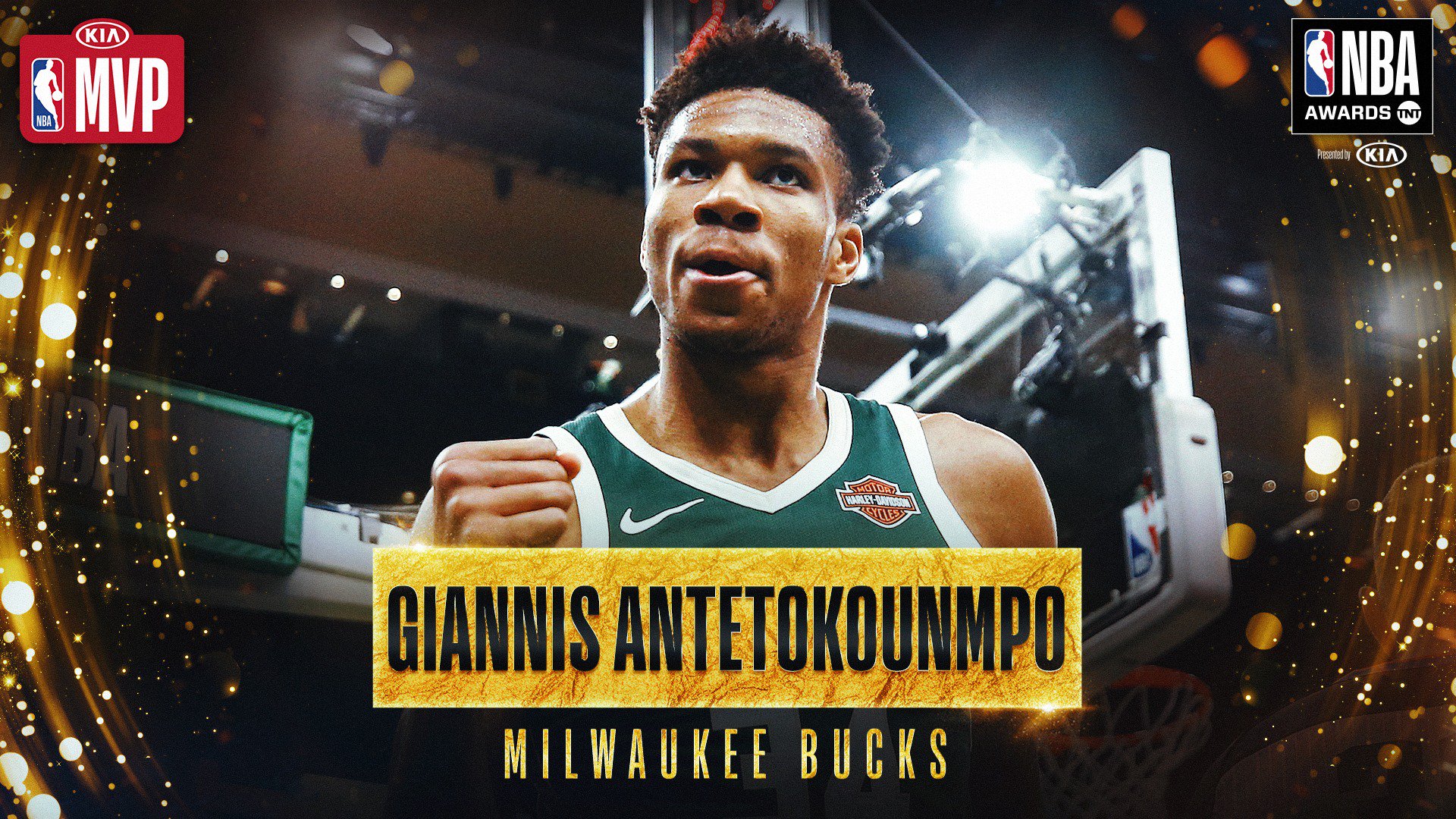 NBA great Shaq hosted last night’s ceremony to help announce the winners of the much anticipated NBA awards. The NBA has been doing this for the past few years in opposition to awarding players during the playoffs. Many of the awards are voted on by the media while some are voted on by the players and fans. There was some mystery to some of the winners while others were pretty obvious. The NBA has become a truly international game with most of the major player awards going to someone that was born outside of the United States. Here are the results of last night’s ceremony:

Antetokounmpo beat out James Harden and Paul George to become the first Buck to win the award since Kareem Abdul-Jabbar. He finished the season averaging 27 points, 12 rebounds and six assist to lead the Bucks to the best record in the NBA. He beat out Harden with 78 first place votes versus 23 and won the vote by almost 200 points. Many expected the vote to be closer but the Bucks finished the season strong, while Houston fell to the fourth seed out west.

Doncic wowed the NBA with his play this season. He showed an extremely developed game that is uncommon for a player in his first year in the league. Doncic averaged 21 points, 8 rebounds, and 6 assist this past season and represents a future NBA superstar in the making. He was well worth the first round pick Dallas used to move up and get him last year. This was not a close race as he took home 98 out of 100 first place votes. Trae Young finished in second even after outperforming Doncic toward the end of the season.

This award was a no-brainer and with Williams taking home his third sixth man award. He led the team in scoring despite only starting one game all season. The Clippers had a surprising year and qualified for the playoffs despite a team full of young players and cast-offs. He averaged 20 points, 5 assist, and 3 rebounds in only 26 minutes per game. Williams beat out Domantas Sabonis(second) and fellow teammate Montrez Harrell(third) for the award, but made sure to acknowledge him during his acceptance speech.

Gobert took home his second straight Defensive Player of the year award. He was the defensive anchor for the Jazz as they has one of their best seasons in recent memory. He set a career high with 16 points, and 13 rebounds per game, and added 2.3 blocks giving him five straight years of averaging two or more blocks. The Jazz were the fourth best defensive team by points and Gobert helped them finish fifth in the western conference.

Siakam had his coming out party during the playoffs this year, and established himself as a force to be reckoned with. He had a great regular season and ran away with this award taking 86 first place votes. In his third season, Siakam more than doubled his scoring average to 17 points, and improved on every other stat as well. He will be vital to the Raptors going forward and may be the catalyst for keeping Kawhi Leonard in the north.

This award was expected to be closer then it was. Budenholzer took 77 first place votes as he beat out Clippers head coach Doc Rivers. One cannot argue with the results of the Bucks this past year. Best record in the NBA, top-5 offense and defense, first trip to Eastern Conference Finals in twenty years. He did an incredible job leading this team to the next level and was one of the reasons for the performance of the league MVP Antetokounmpo.