The White Sox Take Down The Royals 5-2 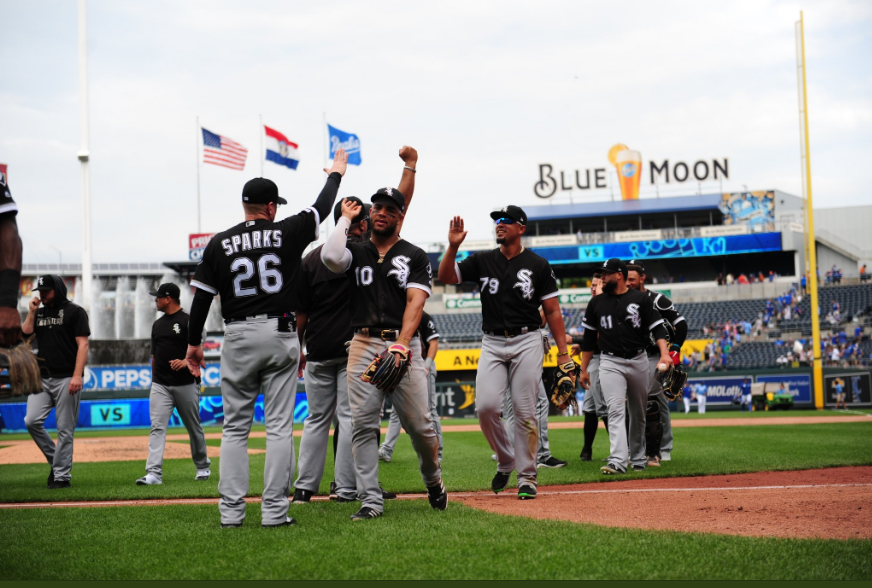 The White Sox Take Down The Royals 5-2

The White Sox take down the Royals 5-2 behind a strong pitching performance from Reynaldo Lopez. This was an important game for Lopez as his previous outing against the Nationals did not go his way. Despite this Reynaldo bounced back and the Sox offense gave him some support which was enough to earn the victory 5-2.

White Sox third baseman Yoan Moncada was the star of the show as he finished with 4 hits in 5 at-bats with an RBI to his credit as well. The rest of the lineup was not slacking either. The White Sox finished the game with 12 hits as a team. Eloy Jimenez, Tim Anderson, and Charlie Tilson all finished with 2 hits and 1 RBI as well.

Eloy Jimenez got the scoring started in the 2nd inning with an absolute moonshot over the centerfield wall. Statcast said that the blast was projected to travel 471 feet. The exit velocity was 111.6 MPH with a launch angle of 24 degrees. Since returning from injury Jimenez seems to be seeing the ball better. We can only hope this will lead to even better games in the future for Eloy.

Tim Anderson stayed hot adding another 2 hits in the game including an RBI double, this moved his batting average on the season to .324. This one was nice to see considering the rivalry built up between Anderson and Kansas City. Winning the series is also nice to see due to the recent stumbles the White Sox have had on the road trip.

Reynaldo rebounded in Kansas City pitching 6 innings giving up only 4 hits, one being the Soler home run, and 1 walk. He also finished with 8 strikeouts and 96 pitches in the game. This was a solid pitching performance that hopefully Reynaldo can replicate going forward. He has been hot and cold this season. He’s had some games where he’s looked dominant and others where he’s struggled with command. Despite this, Reynaldo pitched well against Kansas City and will look forward to his next start.

Kelvin Herrera still hasn’t picked things up. In the 9th inning, he gave up an RBI double to Charlie Cuthbert. Kelvin’s ERA has ballooned to a hefty 7.13 on the season as things continue to get worse for the reliever. He started off the season strong but has struggled mightily since. He needs to get things back on track soon otherwise the Sox may have to make some other moves.

So the White Sox take down the Royals 5-2 and, the White Sox are now 31-33. Once again two games under .500. They currently trail in the wildcard standings by 3 games. The next series is a 2 game set against the Nationals again. White Sox starters for those two games have yet to be announced. The team really needs two wins here to gain momentum as they have to two very tough series coming up against the Chicago Cubs and New York Yankees. So will the White Sox reach .500 finally? Based on past performance, probably not, but it’s fun to watch.