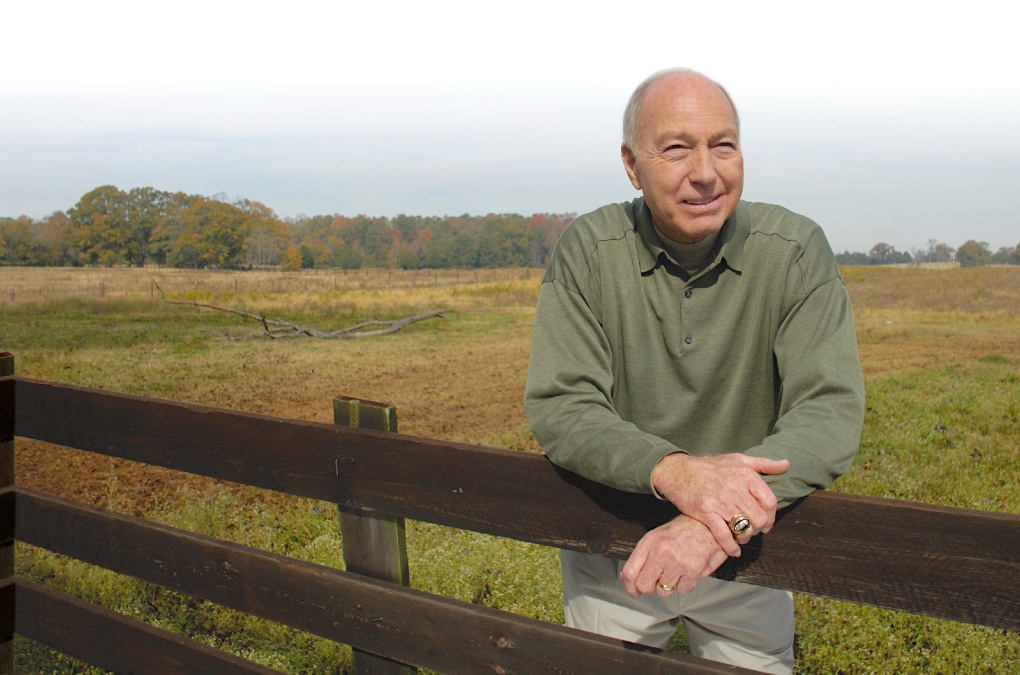 On Sunday, May 26 2019, legendary quarterback Bart Starr passed away at the age of 85. Starr was the quarterback for the Vince Lombardi-era Green Bay Packers, considered one of the most dominant franchises in NFL history. Before Montana and Brady, there was Starr. He was the first of the truly legendary NFL QBs, putting together one of the greatest careers ever. But he will perhaps be remembered just as much – if not more – for his legendary off the field impact. Let’s take a look at both his on and off-field achievements in remembrance of Bart Starr.

Bart Starr is a football legend. After all, he did win (and receive the MVP) of the first two Super Bowls ever. I’ll let the Packers Twitter account give you guys a brief overview, along with some incredible highlights.

Starr began his football career in high school, eventually going on to play quarterback at the University of Alabama. In true old school football fashion, Starr was the starting safety and punter as well as the QB. After his career at Alabama, Starr was drafted by the Green Bay Packers with the 200th overall pick in the 1956 NFL Draft. Starr was a backup QB until the arrival of Vince Lombardi. During Lombardi’s first season with the Packers, he named Starr his starting quarterback, and history followed. Lombardi and Starr led the Packers to five NFL Championships, as well as the first two Super Bowls victories, winning three of those consecutively.

Perhaps Starr’s most memorable game was the infamous “Ice Bowl,” the coldest game in NFL history. In -13 degrees Fahrenheit weather, the Packers and Cowboys met in the 1967 NFL Championship game.

At kickoff, the temperature was -13 degrees Fahrenheit.

Starr finished off the game with an iconic quarterback sneak for the game-winning touchdown. The Packers went on to win Super Bowl II after their Ice Bowl victory. Starr eventually retired from playing in 1972. He was inducted into the Pro Football Hall of Fame in 1977.

Bart Starr finished his playing days with the NFL’s highest career completion percentage at the time of his retirement. He still has the highest postseason passer rating in league history. In terms of his on-field impact, Starr will be remembered as the first legendary NFL quarterback — and will always be amongst the greatest ever to do it.

Bart Starr: Off the Field Impact

Those who knew Starr will remember him just as much, if not more for his actions off the field. Everyone who knew Starr described him as one of the most kind and genuine people they’d ever met. Starr was always willing to meet fans, shaking their hands and introducing himself. Starr also performed extensive philanthropic work. He once raffled off the Corvette he had won for his Super Bowl MVP performance to fund the charity for at-risk boys that he and his wife helped found. Despite a disappointing tenure as the Packers head coach, the way he carried himself off the field cemented him as a legendary figure in the Green Bay community. Starr’s dedication to caring for those around him, whether it be a backup quarterback he invited over to watch film, or a fan he requested the address of to mail an autographed photo to, deserves to be recognized just as much as his phenomenal football career.

The football world truly mourns the loss of one of their all-time greats. Bart Starr’s life exemplifies success, both on and off the field. It is a true testament to the man that his incredible playing career can only truly be matched – and even surpassed – by the impact he had off of it. Prayers up for the Starr family at this time.

The San Francisco 49ers: The Breakout Offense of the 2019 NFL Season
Why the Jets are the Team to Bet on
%d bloggers like this: