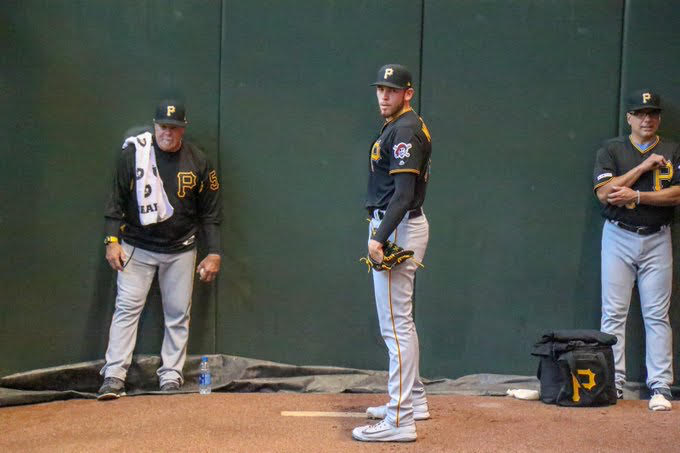 The Pittsburgh Pirates lost two-of-three in Phoenix, Arizona to the Arizona Diamondbacks. The Diamondbacks brought the offense too.; Pirates struggle at Arizona.

In game one, Nick Kingham just didn’t have it. Kingham only pitched four innings and in that time frame, he gave up 10 hits and allowed seven runs (all of them earned). He also walked one, struck out two and gave up a home-run. In game two, Joe Musgrove provided some bounce-back as he went seven innings allowing one hit and no runs. Additionally, Musgrove walked two and struck out five. In game three, Chris Archer didn’t bring it and it cost him. Coming off of suspension, Archer didn’t last through the fourth only pitching 3 and 2/3 innings. However, during that time frame, Archer only gave up four hits. On the other hand, Archer allowed seven runs (six earned), four walks and five strike-outs along with one long ball.