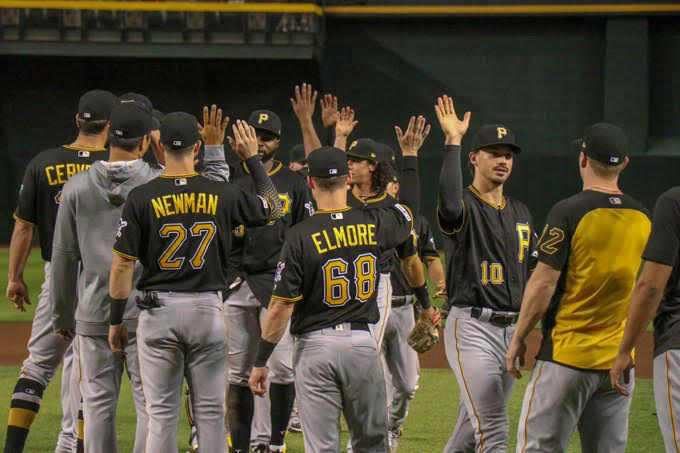 The Pirates head to San Diego to take on the Padres. Pirates will finish their road trip in San Diego.

The San Diego Padres come into the series against Pirates losers of 4 out of 5 games to divisional opponents Los Angeles Dodgers and Colorado Rockies. Additionally, during that stretch, the Padres were outscored 16-33 in those games. Currently, the Padres are in the middle of the pack of the NL West standings with a current record of 22-21 a game above .500. Likewise, the Padres sit a game above .500 at home with a record of 10-11. On the other hand, the Padres are 4-6 in their last ten games.

Beginning tonight, the Padres and Pirates will square off for the first time this season. The Pirates don’t have historic success on the west coast. Overall, the entire series has a record of 258-224 in favor of the San Diego Padres.

Last season, The Padres won the season series 4-3. However, the Pirates were outscored 30-33 in those seven games.

This series will feature four pitching match-ups. The first match-up will take place on Thursday night when the Pirates send RHP Trevor Williams (2-1, 3.40 ERA, 37 strikeouts). The Padres will oppose Williams with LHP Eric Lauer (2-4, 5.75 ERA, 35 strikeouts). This game is a homecoming for Williams who was born in San Diego. In Williams last start against the Cardinals, Williams threw seven strong innings and only allowed one run. On the other hand, when it came to his last start in San Diego, Williams allowed four runs in 4 2/3 innings. For the Padres Eric Lauer, his last outing against the Rockies was one he would rather forget. In three innings Lauer allowed eight runs. To make matters worse, Lauer hasn’t made the six-inning plateau this season. More so, Lauer, last year was known for getting whiffs on his slider which is something he’s not getting this season.

The Pirates last pit stop on this road trip is in San Diego. Once completed, the Pirates will return home to PNC Park where they’ll take on more NL West teams.