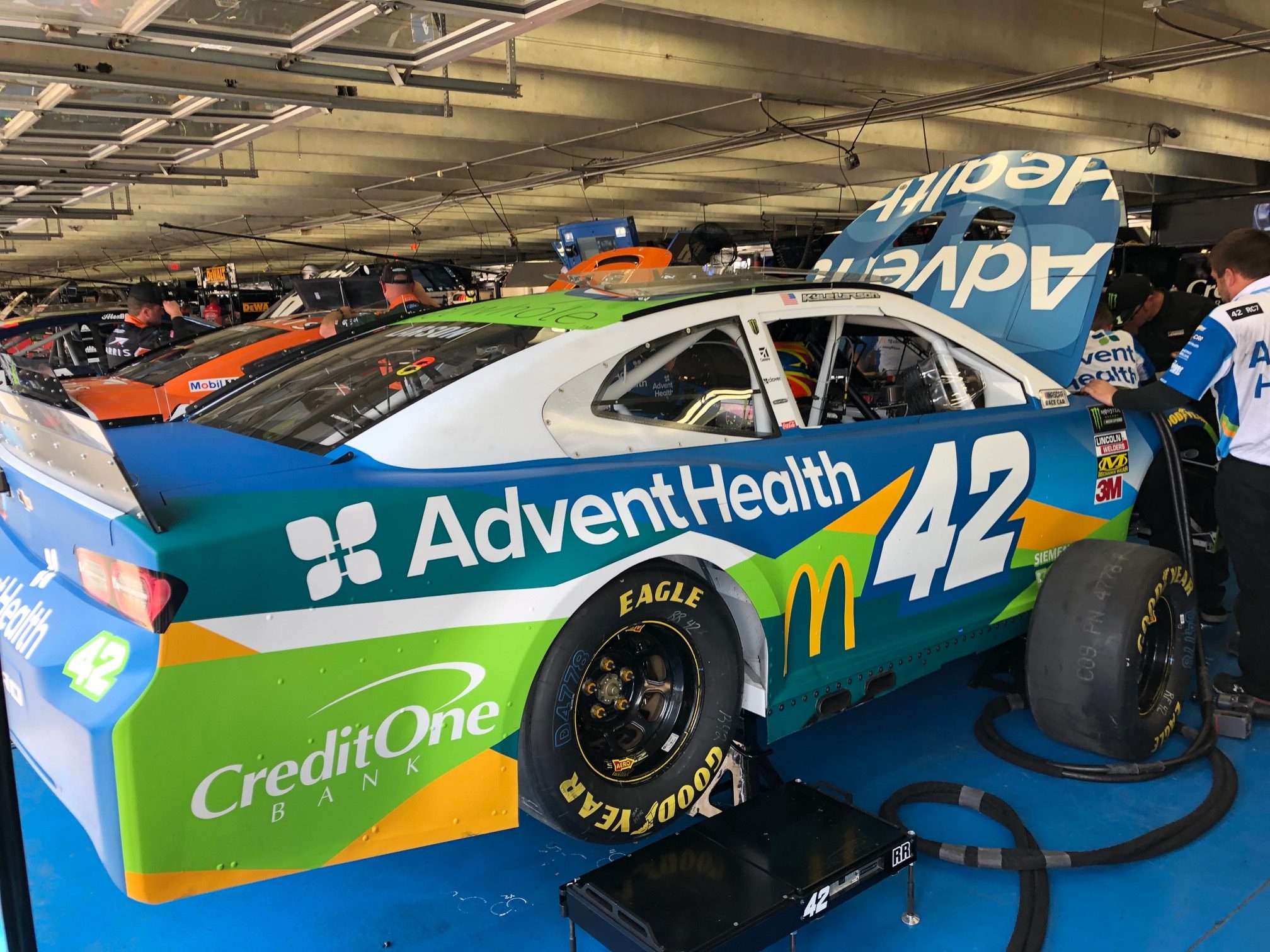 Kyle Larson, Alex Bowman Among List of Stars Not Locked into the All-Star Race

It’s All-Star weekend for the Monster Energy NASCAR Cup Series, where the sport’s best will duke it out for $1 million. However, just as notable as the 15 drivers locked into the big show are those who have to race their way in. Among the drivers in the Monster Energy Open race are young guns Kyle Larson and Alex Bowman.

15 of the most successful drivers in stock car racing are securely in the All-Star Race. For 24 others however, there is some work to do. 4 more drivers will join the elite field on Saturday night. They will earn their spot by either winning a Stage in the Open race or by winning the fan vote. Among those who have some work to do are Kyle Larson, Alex Bowman, Ricky Stenhouse, Jr., Daniel Suarez, and Matt Dibenedetto. Let’s take a detailed look at some of the top drivers not already in the All-Star Race.

It’s hard to believe that after making the Playoffs a season ago, Kyle Larson is not in the All-Star Race. Due to his current 58-race winless streak, Larson has to either race his way into the feature or be voted in. Larson is no stranger to this pressure, as he was able to race his way into the exhibition event in 2016. That day he had a thrilling photo finish with Chase Elliott. The 2 young guns bouncing off each other coming to the line is just the excitement this weekend brings out. Look out for Larson to be one of the strongest cars in the 50-lap dash. Should he win one of the 3 stages, he will not need to rely on the fan vote. As of Thursday, Larson is second in the fan vote.

One of the hottest drivers in NASCAR over the past month, Alex Bowman looks to make his second appearance in the All-Star Race. Due to no career wins, Bowman has to rely on the Open or the fan vote if he is to race for the million-dollar check. No driver this season has come closer to winning their way into the All-Star Race than Bowman. With 12 laps to go in Kansas, the Arizona native had the lead and a spot in the million-dollar race secured. However, Brad Keselowski passed the 88 and went on to the win. Although Bowman is your current leader in the fan vote, expect the 88 to be up front and contending for a Stage win in the Open.

Regardless, it looks as if the 88 Axalta Chevrolet for Hendrick Motorsports will be in the big show. In short, Junior Nation appears to have put their support behind Bowman in the famed 88.

The winner of the Open a year ago, Daniel Suarez will have to race his way into the All-Star show yet again. Now with Stewart-Haas Racing however, expect Suarez to be one of the fastest cars in the 50 lap preliminary event. Not only did Suarez win the Open in 2018, he nearly won the All-Star Race too. Suarez would have to settle with finishing a close 2nd to now-teammate Kevin Harvick. Still lacking that first career win, Suarez has his work cut out for him on Saturday night. Look for the 41 Mustang to be a contender, as he hopes to bring home the $1 million.

After being locked into the All-Star Race last year, Ricky Stenhouse, Jr. will have to battle his way in this time around. Momentum may just be on Stenhouse’s side though. He comes off an 11th-place run in Kansas that saw the 17 up front battling for the win late. Not only was he in the All-Star Race last year, he qualified 2nd. That was part of a Roush-Fenway front row sweep with teammate Matt Kenseth. With the recent speed shown from the 17, expect him to also be strong in the Open.

The man who is trying to rally fan vote support, Matt ‘Guido’ Dibenedetto is trying to seal his place in his first career All-Star Race. Through a Twitter video, Dibenedetto called on fans to vote his 95 Toyota Camry into the million dollar race. But Matt is far from just depending on the fan vote. The 95 has shown some speed this year, especially at Daytona in February. With some track position, the California native who has become a fan-favorite could win a Stage in the Open. As of Thirsday, ‘Guido’ is 3rd in the fan vote. He could be a provisional leader if Larson and Bowman win Stages on Saturday night.

These 5 drivers and 19 others will try to race their way into the All-Star show on Saturday night at 6 PM EST, in the Monster Energy Open race. This race is a 50-lap dash divided into 3 Stages of 20, 20, and 10 laps. The winners of each Stage plus the fan vote winner will put the All-Star field at 19 drivers. Tune in all day Saturday to see who transfers into the big show, and who takes home the $1 million check.