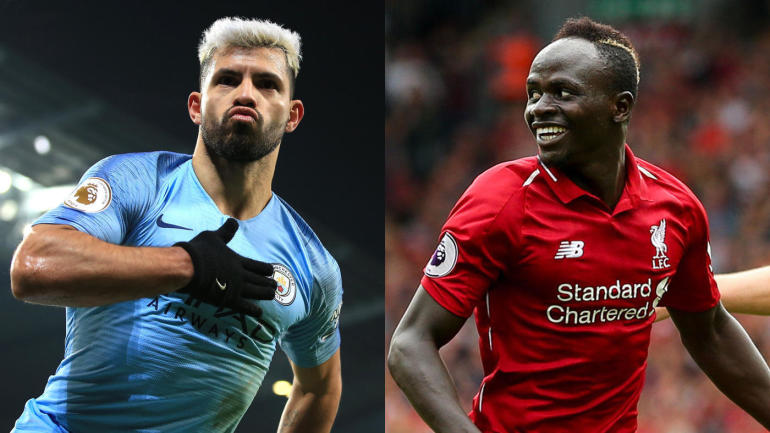 This season’s Manchester City and Liverpool sides have a lot in common. Simply, they are two of the best teams in the modern era. They’ve each amassed top-three point totals in Premier League history. Both rely on devastating attacking football, scoring close to 20 goals more than their next closest English team. Managers Pep Guardiola and Jürgen Klopp have both championed famous playing styles: tiki-taka and heavy metal football, respectively. Both sides had designs on winning Premier League-Champions League doubles. Yet, until recently, both sides faced nightmare scenarios where they could finish the season without either piece of hardware.

Man City Can Narrowly Escapes With A Major Trophy

The Citizens won the League Cup in February and will be heavy favorites against Watford in this weekend’s FA Cup final. However, a Premier League or Champions League title was the minimum required for their season to be deemed a success. City’s quest for an unprecedented quadruple was on course well into April, until the pressure from chasing perfection started to show.

Guardiola’s men held a narrow lead over Liverpool domestically and faced Spurs in the Champions League quarterfinal. With many traditional European powers having down years, City was primed to win its first Champions League and complete the quadruple in the process. Then disaster struck.

City lost the first leg 1-0 at Spurs. The second leg quickly became one of the wildest games in Champions League history. Five goals were scored in the opening 21 minutes. City overturned the deficit and led on aggregate by a goal with 20 minutes remaining. Everyone knows what happened next: Fernando Llorente scored the decisive goal which appeared to come off of his arm, despite an excruciatingly long video review. City were dumped out of the competition due to the away goals tiebreaker.

Suddenly, City’s tenuous Premier League lead was their only chance to salvage the season. City and Liverpool gifted fans an astounding Premier League title race. The thoroughbreds were neck and neck, with the league lead resting with whoever played last. Neither side blinked following a Liverpool-Everton draw on March 3rd, winning every game after. It took an absurd 14-match win streak to finish the season for City to overcome Liverpool by one point.

Despite the pertinent critique that City have bought their success with oil money, this side clearly was worthy of the Premier League or Champions League title. Along the way, there were several moments when it blatantly appeared as if the soccer gods guided them to the finish line.

Only three games remained when Sergio Aguero’s shot at Burnley was cleared off the line with the game knotted at 0-0. Goal-line technology determined that the ball had crossed the line by 1.16 (!) inches. Miraculous. Perhaps an even greater miracle blessed City at Leicester a week later.

With the game again scoreless Vincent Kompany strode forward with the ball. Some otherworldly force took hold of the Belgian. The defender felt compelled to ignore his teammates’ and coaches’ pleas to pass instead of squandering possession with a shot from distance. Instead of ending up in its rightful place in row zed, the ball flew into the top corner. It was Kompany’s first (and likely last) Premier League goal from outside the box.

If either shot didn’t go in, City would have finished the season bereft of their most coveted trophies. This City side was too good to go down in history as a cautionary tale or answer to a trivia question. The soccer gods understood this and simply wouldn’t allow them to finish without one of the two major trophies available.

Liverpool will face Tottenham in the Champions League final as heavy favorites. The Reds are good enough to win the game without any divine intervention. If the soccer gods do insist on making an appearance, Jürgen Klopp should rightly feel that his side deserve to be the beneficiaries.

Unlike Manchester City, Liverpool didn’t have to make a deal with the devil to finance their club. Instead, the side was built by reinvesting the funds generated by the Luis Suarez and Philippe Coutinho sales. These astute pieces of business are not the only reasons for success. Klopp’s brilliant attacking philosophy and incredible ability to foster a culture of unity at the club have steadily transformed the club into a global powerhouse in the three full seasons he’s been at the helm. Despite their brilliant year, Klopp’s side may somehow still end the season without a trophy.

Notwithstanding the club’s incredible success in recent years, Liverpool have yet to win a trophy in the Klopp era. This failure is even more painful considering how close they have come. Under Klopp’s stewardship, Liverpool have lost the 2016 League Cup to Manchester City, the 2016 Europa League final to Sevilla, the 2018 Champions League final to Madrid, and now the Premier League title to Manchester City by one point.

In those finals Liverpool found themselves bearing the brunt of significant misfortune numerous times. Most noticeably when goalkeeper Loris Karius contracted a severe case of the “yips” prior to the Champions League final against Madrid. The Belgian conceded two of the softest goals ever seen in a major final as Liverpool lost by – you guessed it – two goals. Klopp won’t say it out loud, but he surely must feel the soccer gods owe him a dash of luck.

Falling a point short in three finals is devastating, but the pain likely pales in comparison to Liverpool’s 2018-2019 Premier League. It’s one thing to be unlucky in a single game, it’s another to suffer misfortune over a 38 game season. In their bid to win their first league title in 29 years, Liverpool put together the third best season in Premier League history. It still wasn’t enough.

The Reds finished the season with only one loss and compiled 97 points. The Merseyside club won the final 9 games of the season while attempting to chase down Manchester City. To many, their record of 30-7-1 appears superior to City’s 32-2-4 record. In fact, with a scoring system that values a draw at more than one third of a win, Liverpool would have been Champions.

As they were repeatedly kept at bay domestically by Manchester City during the spring, Liverpool’s Champions League campaign grew in importance. However, the Red’s dreams of European supremacy appeared to perish at the Camp Nou in the semifinal. Barcelona’s stadium is a familiar graveyard for the ambitions of their rivals. Klopp knew it would take a tremendous performance from his side and some assistance from the sport’s deities to get the needed result. He received the former, but not the latter.

In a rare feat, Liverpool won the possession battle and outshot Barcelona, but succumbed to a deflating 3-0 defeat. Poor finishing, the post of the Barcelona goal and Messi’s magisterial left foot doomed Liverpool. In a game they dominated for long stretches, they returned to Anfield with nothing to show for their efforts. Even the most optimistic Liverpool fan felt the tie was over. One of the best sides ever appeared set to end the year trophy-less.

Klopp has managed to achieve the seemingly impossible task of being universally adored by football fans around the world. Surely the charismatic German would exchange some of that secular support for the favor of the soccer gods. If he prayed to them between games, he would have felt his prayers went unanswered well into the second half of the second leg.

In the return leg, despite an early goal and the raucous home support, it felt like too little, too late for Liverpool. With star strikers Mohamed Salah and Roberto Firmino injured, Klopp brought on Georginio Wijnaldum at halftime. The move wasn’t met with much enthusiasm, as he had only three league goals this season. Then, in the 54th minute, something strange happened. The midfielder latched onto a cross to drive a low shot directly at Marc-Andre ter Stegen, perhaps the best keeper in the world.

The German somehow managed to concede by essentially diving out of the way. The ball ricocheted off his hand then back before crossing the line in a moment that defied physics. Klopp tilted his head like a hound catching a scent in the wind – the soccer gods were nearby. Two minutes later, Wijnaldum had a second and the score was level.

Nonbelievers still felt Barcelona would score the next goal and eliminate Liverpool. The soccer gods then decided to take things a level further and determine the outcome of the match. As Alexander-Arnold strode over to take a corner, a second ball miraculously appeared on the pitch. As the additional ball was kicked off the pitch, the entire Barcelona defense switched off.

Trent Alexander-Arnold stayed alert and truncated his preparation. He spun and sprinted back to the ball and struck a laser towards his only teammate near the goal. Somehow, Divok Origi was completely unmarked six yards from goal. The Belgian struck it first time and seemed surprised himself to see how accurately it flew into the top corner. The stunned Barcelona halfheartedly appealed to the referee, unsure of exactly what to complain about. One of the most bizarre Champions League goals had sent Liverpool to the final.

A Different Meaning To A Familiar Classic

After the match the crowd erupted into a breathtaking version of “You’ll Never Walk Alone.” Listening to the Anfield faithful belt out their anthem is truly one of the great spectacles of the sport. This time it felt like they were referring to the soccer gods that had finally joined them to guide the Reds to the final in Madrid.

The Soccer Gods Are Good

Notwithstanding the odd handball from Diego Maradona or Thierry Henry, the soccer gods spring to action to fight for justice. It wouldn’t feel right if either Manchester City or Liverpool denied a major trophy. City have been taken care of, Liverpool still need to be crossed off the list.

Liverpool have enough talent to beat Tottenham in the Champions League final without any divine intervention. Still, if the situation calls for it, the soccer gods will be ready to interject themselves to ensure the appropriate outcome. Klopp’s hunt for a trophy at Liverpool has been an arduous quest. On June first that journey will end happily for Liverpool, even if it takes something extraordinary to achieve it. After all, not even the gods will be able to endure the insufferable Spurs fans should they get their hands on the trophy.