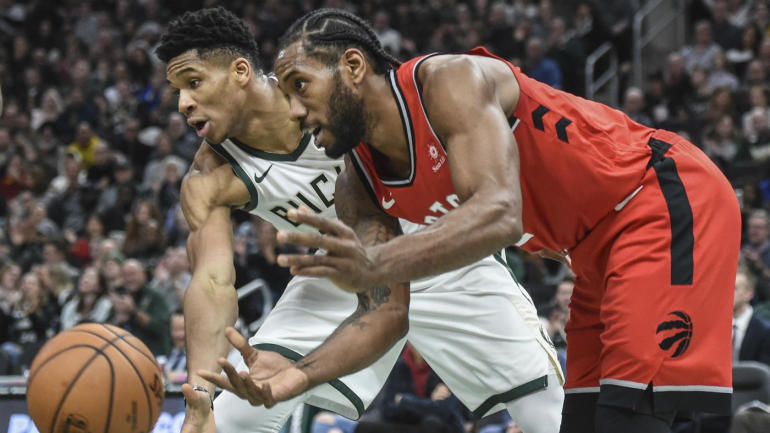 Two teams will battle to determine who will represent the Eastern Conference in the Finals.

After five weeks of exciting and competitive NBA playoffs it has reached its conference finals. The Eastern Conference Finals will come down to the Toronto Raptors versus the Milwaukee Bucks. These two teams have had great seasons and finished with the two best records in the NBA. The Bucks finished as the number seed overall and own home court advantage throughout the playoffs. Here is a preview of the upcoming NBA Eastern Conference finals:

This series is a battle between the top two seeds in  the Eastern Conference. The Raptors are coming off a tough seven game series against the Philadelphia 76ers. Kawhi Leonard made one of the clutches shots in NBA playoff history to help his team get to this point. His bucket over Joel Embid at end of game seven bounced four times on the rim before falling in, and will be one of the greatest moments in Raptor’s history. Leonard is having a career best playoffs averaging 38 points per game. He has given the Raptors what they have been missing the past couple of years, a legit superstar that can come through in the clutch. Pascal Siakam had taken his game to the next level and has given Toronto another legit weapon to pair with Leonard.

Leading the #NBAPlayoffs in total points (382)… watch Kawhi Leonard's BEST of the postseason ahead of Eastern Conference Finals Game 1 on Wednesday at 8:30pm/et on TNT! #WeTheNorth pic.twitter.com/wudDtq3Gpp

On the other side, the Milwaukee Bucks have been the surprise story of the NBA season. Giannis Antetokounmpo has been unstoppable in these playoffs and leads all players in Player Efficiency Rating. The Bucks took care of the Boston Celtics in five games, so they have had a week to prepare for the Raptors. They have only loss one game this entire playoffs and have won most of their games in dominant fashion and have outscored opponents by an average of 15 points per game. The Bucks we be at full strength with former Rookie of the Year Malcolm Brogdon returning from injury. He will add to a deep team that has has multiple players score in double figures throughout the playoffs.

During the regular season the Bucks took the series from the Raptors three games to one. On paper the Milwaukee has many advantages, but Toronto does have playoff experience. Leonard has a NBA finals MVP under his belt, and the Raptors have been to the conference finals in 2016. Other players like Marc Gasol and Danny Green have had plenty of playoff experience with their previous teams. The Bucks have not been to the Eastern Conference Finals since 2001, but have been in the playoffs the past two seasons. Both of these teams have a superstar playing at a high level, so the outcome will come down to the performance of the supporting cast. Siakam has had a coming out party this playoffs but struggled shooting in the 76ers series. While the Bucks supporting cast has spread the wealth this playoffs, with five players averaging in double figures.