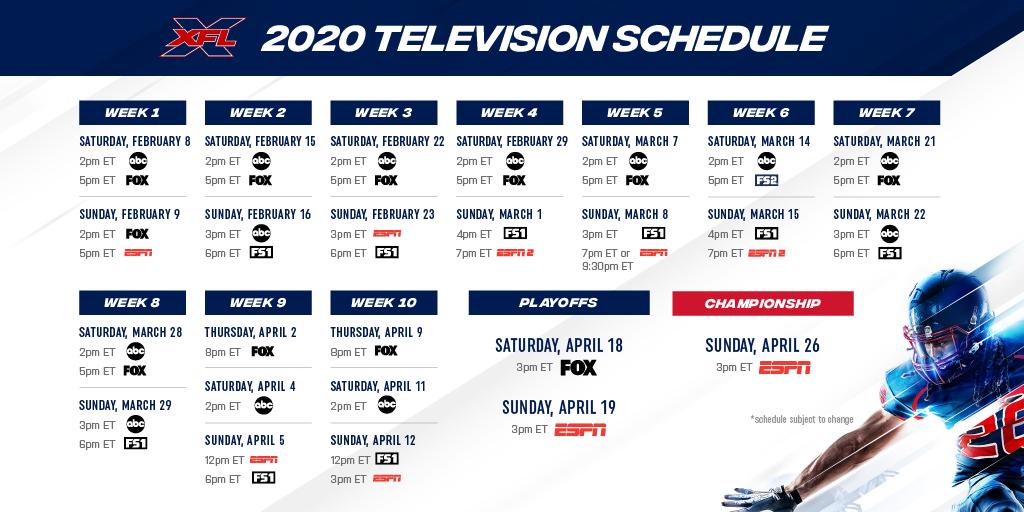 Spring football is back and more than half of XFL games in its relaunch will air on TV.

The news comes just weeks after the Alliance of American Football shut down and its unsuccessful run.

Needless to say, but this is Vince McMahon’s second strike at a professional football league.

“We look forward to showcasing the XFL on ESPN and ABC, including the kickoff game and championship, during the league’s inaugural season. Vince McMahon and Oliver Luck are two of the sports industry’s most creative and experienced leaders, and they have exciting plans for this league. We believe in their vision for the XFL, which will be a great addition to our year-round commitment to football.”

“We welcome the XFL to the FOX Sports Family and are pleased to expand our relationship with Vince McMahon,” said Eric Shanks, Fox Sports CEO and executive producer. “Football is in FOX Sports’ DNA and a key component of our programming strategy. Alongside Oliver Luck and his incredible team, we’re excited for the debut of the XFL on FOX Sports.”

“We are thrilled to partner with ESPN and FOX Sports, two innovative media companies with extensive experience in world-class football production that will undoubtedly help us reimagine football,” said Vince McMahon, XFL founder and chairman. “The XFL broadcast schedule provides us with incredible reach and makes it easy for fans to watch our games consistently every weekend.”

Here are the cities that will host an XFL team: