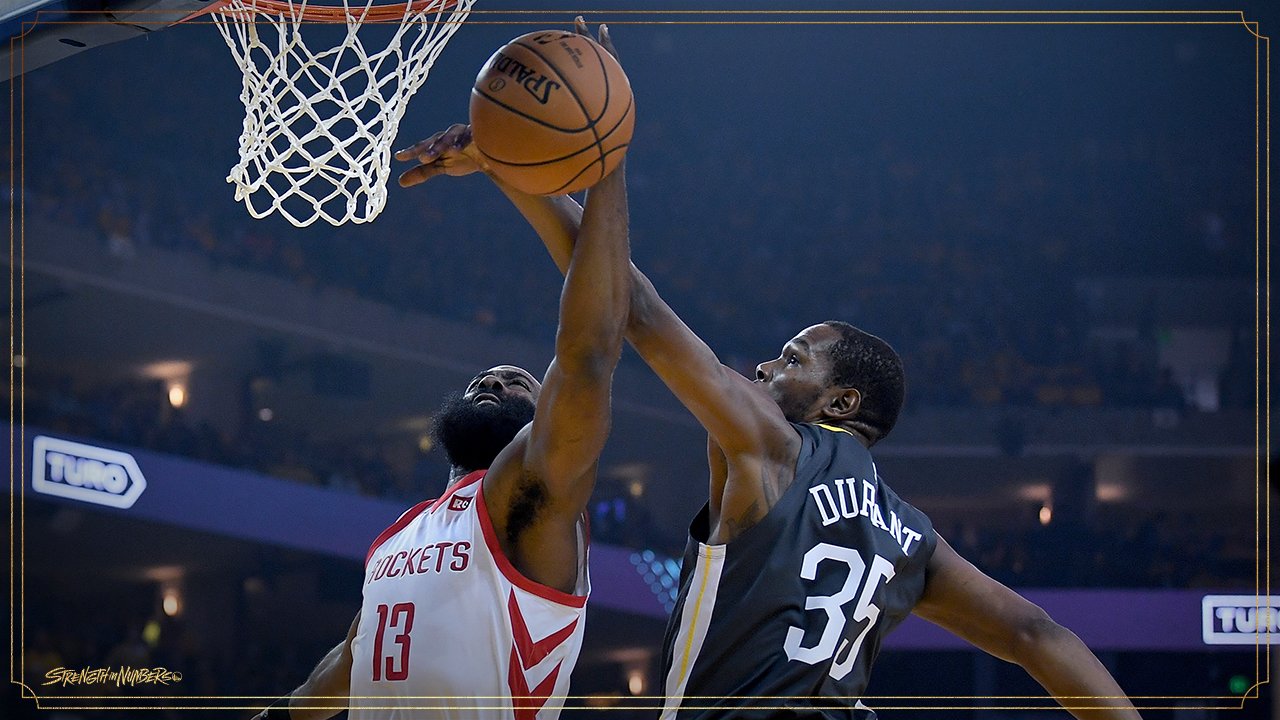 The NBA playoffs have entered the second round this week, and all top four seeds in each conference advanced. The first round was not very competitive — there were a couple of sweeps and only one series went the distance. This round looks to be the opposite, with all teams looking like they belong and could win their respective series. Here is a recap of the NBA quarterfinals so far:

The @Bucks even the series at 1-1 and the @warriors extend their series lead to 2-0! #NBAPlayoffs pic.twitter.com/TL0fqURFO6

This series may be one of the most even series out of the four. The Raptors showed off their star power in game one. Kawhi Leonard had 45 points and Pascal Siakam added 29 in a easy 13-point victory over the 76ers. Philadelphia had trouble scoring in game one, shooting only 39% from the field. All five starters scored in double figures for the 76ers, but no one scored over 17 points. The Raptors showed that the combination of Leonard and Siakam are going to be hard to stop going forward.

Game two was a wake up call for both teams. Jimmy Butler took over offensively, scoring 30 points, and helping the 76ers tie up the series. The Sixers defense was the reason behind the victory on Monday night. They held the Raptors to 37% shooting from the field, including 27% from 3-point range. Leonard did his best to get the Raptors back into the game, adding another 30-point game to his playoff dominance. Siakam struggled shooting, going 9-25 from the field. The difference in the game came down to the benches. Toronto’s bench only had 5 points, while the Sixers had 26. James Ennis III lead the 76ers with 13 points, and Greg Monroe added 10 as reserves.

The Celtics started the second round with the first upset of the quarterfinals. They dominated the Bucks in game one 112-90 and may have found a way to slow down Giannis Antetokounmpo. He only had 22 points, including shooting a dismal 33% from the field. Al Horford did a great job in frustrating Antetokounmpo, blocking his shots and making it difficult for him to get inside position. Kyrie Irving led the Celtics with 26 points and 11 assists. The Bucks struggled as a team with only three players scoring in double figures, and the 22-point loss was one of the worst for the Bucks all season.

Game two of the series was the exact opposite to game one. The Bucks returned to form as the best team in the NBA this season. They hit a playoff high 20 threes, while shooting 41% from deep. The Celtics had no answers for the Bucks starters, three of whom scored more than 20 points. Antetokounmpo led all scorers with 29 and fellow all-star Khris Middleton added 28, including 7 threes. This game was close at halftime with the Bucks taking a four-point lead. The third quarter was the difference with the Bucks outscoring Boston by 21 points on the way to a 123-102 victory. This series may come down to home court advantage which the Celtics now own after stealing game one.

The @Bucks (1-1) and @warriors (2-0) each WIN in Tuesday's #NBAPlayoffs action! https://t.co/rPFh8oYmhh pic.twitter.com/kgkhhDJrNo

Going into the NBA playoffs, many were looking forward to this series. Especially after the 2018 Western Conference Finals that Houston was in control of before an injury to Chris Paul. It has lived up to the hype, easily being the most competitive series of round two so far. The Warriors continued to ride Kevin Durant’s hot hand as he led them to a four-point victory in game one. Durant scored 35 points despite only shooting three 3-pointers all game. He dominated any Rocket defender that guarded him and set the tone for the rest of the offense.

James Harden added 35 points of his own.

The game was marked with a few foul calls that Houston feel were missed by the refs on Harden. None were more important than the chance Houston had only down three at the end of the game. Harden shot a three-pointer and was guarded by Draymond Green. Green seemed to contact Harden on his way down but no call was made. This led to a loose ball that eventually went out of bounds on the Rockets. The call frustrated many, including Paul who was ejected after making contact with a referee and receiving his second technical foul.

Game two did not have the same controversy, despite a lot of pre-game press about NBA referee Scott Foster. He had a tumultuous relationship with the Rockets during the regular season and was trending on Twitter before the game. This game was marked by early injuries to the star players. Harden was hit in the eye and missed a good portion of the first quarter. He said after the game that he did have trouble seeing and the lights did bother him. On the other side, Stephen Curry went out with a dislocated finger on his left hand. He had to play the rest of the game with tape on his fingers and was noticeably flexing them to try to get through the game.

Despite the injuries, the Warriors held on to a six-point lead to take game two. The game remained close, and Houston had only a three-point deficit with over six minutes left. Clutch shooting from Durant kept the Rockets at bay for the rest of the game. This series looks like it will go down to the wire every game. Luckily for the Rockets, they have three days off before game three to let Harden’s eyes heal.

This series was the last to begin because the Nuggets had to overcome the San Antonio Spurs in a seven-game series. Despite coming off a tough series, the Nuggets looked well rested and took care of the Blazers 121-113 in game one. Nikola Jokic continued his playoff domination with 37 points and Jamal Murray added 23. They shot 50% from the field and 41% from three. Damian Lillard was once again unstoppable with 39 points, but it was not enough to stop the Nuggets sharp shooting. He and his back-court mate CJ McCollum struggled from deep, going 6-19 for the game.

Game two was a different story for McCollum. He bounced back from his poor game one performance to lead his team with 20 points. The Trailblazers picked up the defense in the first half, holding the Nuggets to only 35 points. The Nuggets did go on a run in the second half but fell short 97-90. The series is now tied at one a piece as the series shift to Portland. Jokic once again led the Nuggets with 16 points and 14 rebounds, but the team really struggled shooting only 34% for the game. This series will come down to which secondary players step up and take over the next few games.

The @trailblazers take Game 2 on the road and even the series 1-1!