NBA Playoffs Recap: Round One, Week 2 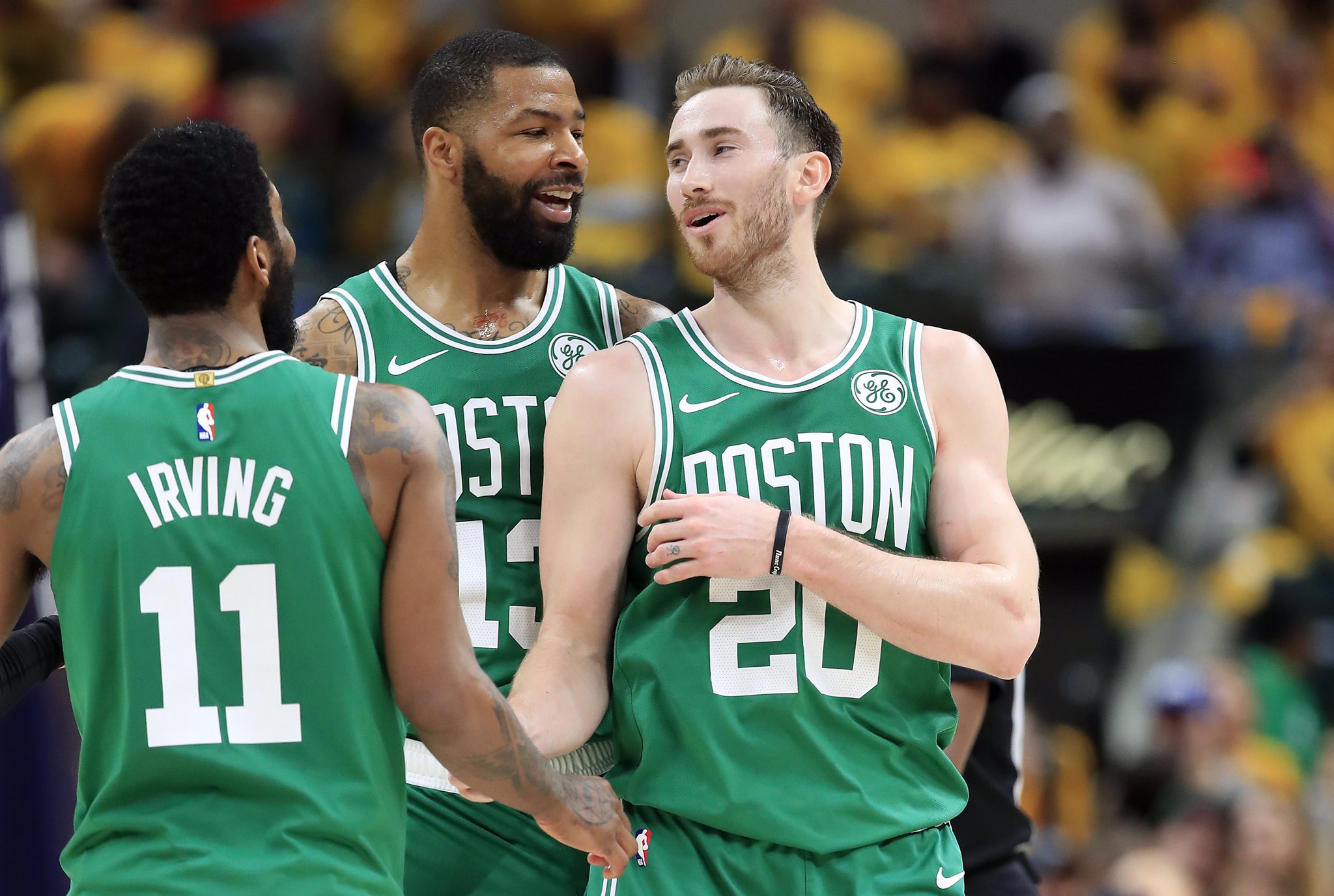 The first round of the playoffs has been mostly uneventful, except for a few moments

The first day of the playoffs was filled with upsets and surprise performances. Since then, it has been mostly chalk as only one series has been competitive. Here is a brief update on each of the opening round series:

The Celtics took advantage of the Victor Oladipo-less Pacers in a clean sweep. The Pacers were one of the NBA’s best stories this season as they kept up their play after losing their star player. The playoffs proved to be too much for Indiana to continue its performance from the regular season. The Celtics are a proven playoff contender and got stellar performances from their bench to help finish the Pacers off. Gordon Hayward and Marcus Morris combined for 38 points, including 5-7 from 3-point range. Despite losing the defensive-minded Marcus Smart before the playoffs started, they kept the Pacers under 100 points in three of the four games. Next up is a tough test in the Milwaukee Bucks. They will have to find a way to slow down MVP candidate Giannis Antetokounmpo if they have any hope to advance.

The first seed Bucks handled the eighth seed Pistons easily. Antetokounmpo ended the series with a 41 point performance, the first from a Bucks player since Micheal Redd. The Pistons gave the Bucks everything they could, especially Blake Griffin who played injured in the series. He wore a cumbersome brace on his injured knee that looked like something an offensive lineman would wear. Despite this, he played his hardest and the Detroit crowd gave him a standing ovation after he fouled out in the fourth quarter. The Pistons did not have much of a chance against the number one seed in the entire playoffs. The Bucks showed why they finished with the best record this season. They will take on the Boston Celtics in the next round.

Blake exits the game to a standing ovation from the Detroit crowd. 👏#DetroitBasketball | #NBAPlayoffs pic.twitter.com/nM7mS2eozN

The close it out at home series

After losing a historic lead and their starting center, the Warriors are in a position to close out the series at home. They have been on fire offensively averaging 124 points per game. Stephen Curry has been a force to be reckoned with this series. The NBA’s best shooter has possibly gotten better since getting contacts to improve his eyesight. He is shooting 47% from deep, even with having a bad shooting performance in game four. Andrew Bogut and Kevon Looney have stepped up in the absence of DeMarcus Cousins, who is out for the playoffs with a torn quadriceps. The Warriors will continue their quest for a three-peat on Wednesday night at home as they try to advance to the next round.

The rest of the Eastern Conference

In one of the more interesting and physical matchups in the playoffs, the 76ers hope to send the Nets on vacation. This series has been marked with high intensity and emotion, along with a little trash talk reminiscent of the old school Eastern Conference. Ben Simmons has been playing like a man on a mission since Jared Dudley called his half-court game “average.” He has been averaging 21 points since the Nets game one upset. Joel Embiid has been playing well despite having an injured knee. He missed game two and has been a game-time decision for every game. His knee might not ever be healthy in this playoffs, so the 76ers chances to advance could be in trouble. They look to close out the series tonight versus the Nets at 8:00 p.m. on TNT.

This series has been a coming out party for NBA most improved player contender, Pascal Siakam. He has averaged 22 points for the Raps and has provided a one-two punch along with Kahwi Leonard. The Magic have had trouble scoring since their game one upset. The Raptors defense has been to blame as they have shut down the Magic’s lone All-Star Nikola Vucevic and contained Aaron Gordon in meaningful moments. Leonard has shown why he was the Raptors prize acquisition this past off-season. Game five is tonight at 7:00 p.m. on NBATV. This series would probably be over if it weren’t for D.J. Augustin‘s heroic shot in game one.

Many believed this series was going to be the most competitive before the playoffs began. Unfortunately for the Jazz, James Harden has been too much for the Jazz to handle. Even with having a bad shooting game in game three, he still ended up with 22 points. The Rockets look like a team on a mission, after their disappointing loss to the Warriors last season in the Western Conference Finals. The Jazz does have some hope, especially after Donovan Mitchell led them with 31 points in game four. The defense has not been up to their regular season standards, and if the Jazz hopes to stave off elimination, they will have to find a way to slow down the Rockets. Game five is on Wednesday night at 8:30 p.m. on TNT.

This series has been one of the most entertaining of this year’s playoffs, despite lopsided margins of victory. The growth of Damian Lillard as one of the best players in the playoffs has been refreshing. His battles with Russell Westbrook have been fun to watch and have been a highlight of the playoffs. Lillard and his back-court mate CJ McCollum have been tough for the Thunder to stop. The play of Westbrook has been inconsistent, especially giving his productive regular season. Paul George has continued his play from the regular season, averaging almost 27 points per game in this series, but it hasn’t been enough. The Thunder need Westbrook to return to his MVP form if they hope to stay alive in this series. Game five is tonight at 10:30 on TNT.

The (only) competitive series

This series has been the most compelling of the playoffs. Each team has traded wins, on their home court, through the first four games. Both teams have relied heavily on its star players. Nikola Jokic and Jamal Murray have had big games this series — Jokic is almost averaging a triple-double. LaMarcus Aldridge and DeMar DeRozan have also played well for the Spurs. This series has been surprising given that it is a two seed versus a seven. The difference has been the Spurs experience versus the Nuggets young talent. This battle has proven that both teams are worthy of the playoffs, unlike some other series. This is the only matchup that is guaranteed a game six, and it wouldn’t be surprising if there was a game seven. The next game is tonight at 9:30 on NBATV.