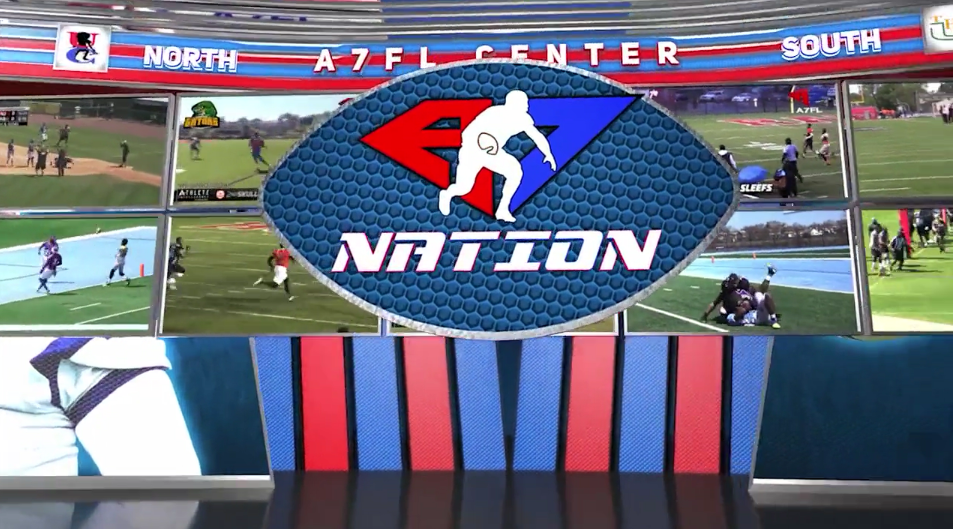 The A7FL are already on week 2, and in these first two weeks, a lot has happened. Perhaps the understatement of the week, who would have guessed that the defending champions, the Baltimore Gators would start the season off at 0-2?

The top 6 teams share the same amount of wins. Those being the Baltimore Cobras (1st in the league), PA Immortalz (2nd); New Jersey BIC, NJ Hawks, Baltimore Panthers, and NJ Savage bringing the final four spots in the order.

Week 1 saw every team going hard for those first victories…

In a week 1 stunner, the Gators lost their first game of the season against the Baltimore Panthers, 15-14. The Immortalz took their first game against The U in stunning fashion, with a score of 18-13. The Savage beat The Vikings 12-6. The Silk City Animals delivered a devastating loss to the Renegades in week 1, by a score of 18-8.

The Baltimore Cobras embarrassed The Baltimore Nightmare in their first meeting, winning with an impressive score of 48-0 (League-best, so far).  Meanwhile, The Hawks and Spanktown had a nailbiter in Roselle. With the score at the end of it all being 24-20 in favor of the Hawks. You can actually watch the game here.

Baltimore Army and the Baltimore Bulldogs did not play their scheduled week 1 game.

Week 2 saw more wild action, starting off with The U trouncing the Misfits 38-14; the Renegades taking yet another loss, this time to the Panthers, by a score of 34-8. The Bulldogs got their first win of the season, as they beat the Spanktown Boyz 14-6.

The Animals suffered their first loss, and it was a doozy, as they lost to the Immortalz by a score of 44-18. The Hawks ran all over the Nightmare, winning by a score of 36-12; meanwhile, the Cobras had quite the challenge from the Vikings, securing the victory by just two points, 26-24.

Week 1 was not a good one for the defending champs, but week 2 was, well? Even worse, as the Gators lost to the BIC 32-22. The Savage ravaged The Army, beating them 25-12. You can view this week’s highlights below.

Week 3’s matchups are looking pretty good, as the PA Misfits (0-2) are looking for their first win of the season, but they are going to have their hands full. They face off against the Immortalz (2-0). The Vikings (0-2) and The Nightmare (0-2) will both be looking to finally add a W to their records, as they go head-to-head. The Hawks and Renegades will scrap, as the Renegades (0-2) are looking for redemption, but they are taking on a Hawks team (2-0) that’s so far red hot.

The Army (0-1) and Panthers (2-0) will face off, can the Army go 1-1 this coming weekend? Or will the Panthers walk away 3-0? The league-leading Cobras (2-0) face off with the 1-1 Animals, and this one could be a dogfight. The champion Gators (0-2) look to redeem themselves against the 1-0 Bulldogs. Can they change their luck? Only time will tell.

To keep up with the games, you can watch live on Facebook and Twitch at the links below:

And to keep up with their upcoming games, you can visit their website: https://www.a7fl.com