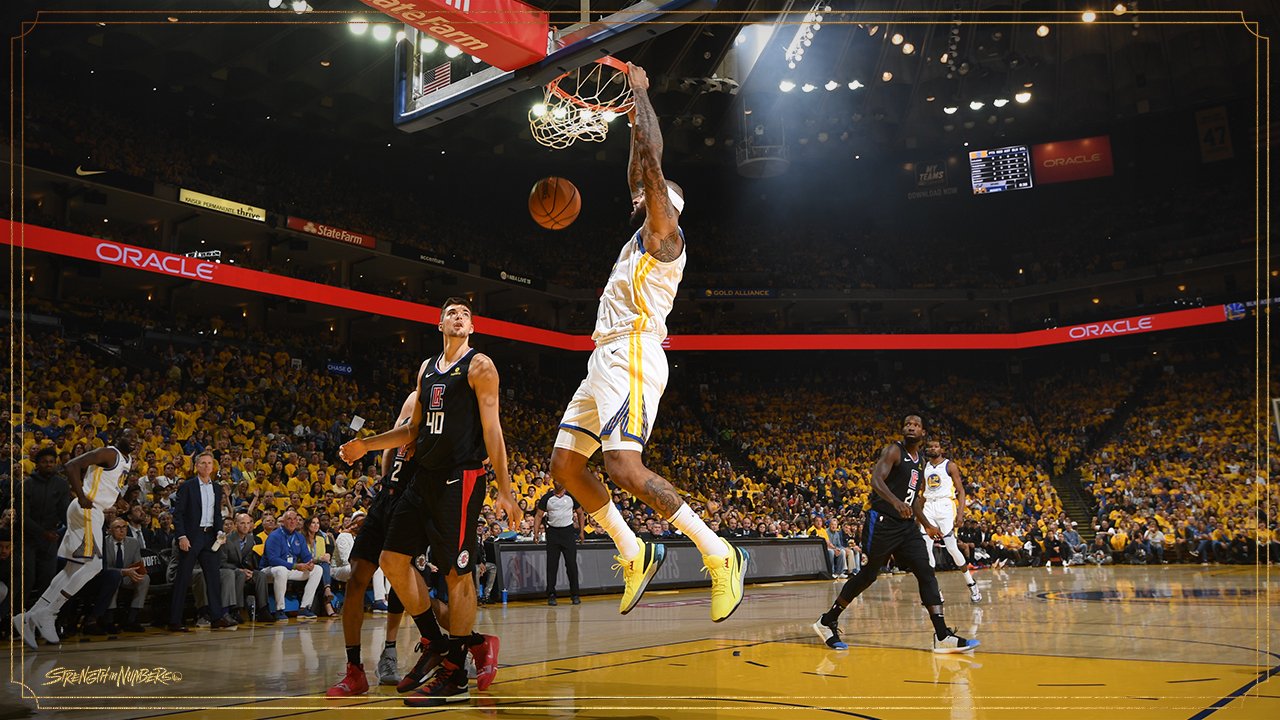 On Tuesday, it was announced by the Golden State Warriors that center DeMarcus Cousins has a torn left quadriceps. He is out indefinitely and will begin rehabilitation immediately.

The MRI confirmed the tear early Tuesday morning, delivering the news most people thought once the injury occurred Monday night. Cousins’ non-contact injury occurred while he was chasing a loose ball with 8:30 remaining in the first quarter of Monday’s 135-131 loss to the LA Clippers in Game 2 of their playoff series.

Cousins knocked away a pass from Clippers forward Danilo Gallinari. As he tried to recover the ball, he fell to the floor. Cousins immediately asked to be taken out of the game once he rose to his feet and could not continue. He cautiously made his way back to the Warriors’ locker room with the team medical staff.

This setback is coming after Cousins returned in January after missing almost a full year of play with a torn left Achilles tendon suffered last season, when he played for New Orleans. He signed a one-year deal with the Warriors, expecting that a healthy return to play would catapult him back into the free-agent market this summer.

“I know it’s frustrating for him. I’ve been through something like that, getting hurt, getting all the way back and then getting hurt again, so I know how frustrating it is,” Warriors center Kevon Looney said. “He is a resilient guy. He’s been through adversity before and I know he’s going to bounce back. His spirit is probably low right now, but he’s a tough guy and he’ll be back better than ever.”

Once Cousins went down, Looney picked up more minutes and scored a career-high 19 points. Looney made all six of his shots in 19 minutes. Coach Steve Kerr is likely to use a combination of a defensive presence with Andrew Bogut and offensive with Looney.

Second time is the charm

The Warriors signed Bogut last month for this exact reason, knowing there was a chance they may need another big man come playoff time. This is Bogut’s second time with the franchise which means so much more now. Kerr called him an “insurance policy” and Bogut — who had been playing back home in Australia — has made the most of his chances. He finished with nine rebounds, three points, and a blocked shot in 16 minutes Monday.

Bogut has plenty of playoff experience after winning the championship in 2015 with Golden State. Also, he was apart of the historic 73-win Golden State Warriors the following year who ultimately fell to LeBron James and the Cavaliers. The No. 1 overall draft pick in 2005 out of Utah, Bogut has been open to any role Kerr chooses for him, which now could be starting.

“Obviously, there will be more minutes,” he said after the game. “It’ll still be match-up dependent, but I anticipate probably starting games, playing the first three or four minutes and then coming out.”

“Exactly what they’ve been doing. They’ve been playing amazing the last part of the regular season and these first two games,” Curry said. “… It may look a little different considering the skill and talent and level that Boogie can bring when he’s healthy.”

The series is all knotted up at 1-1 going back into Los Angeles for Game 3 on Thursday night.