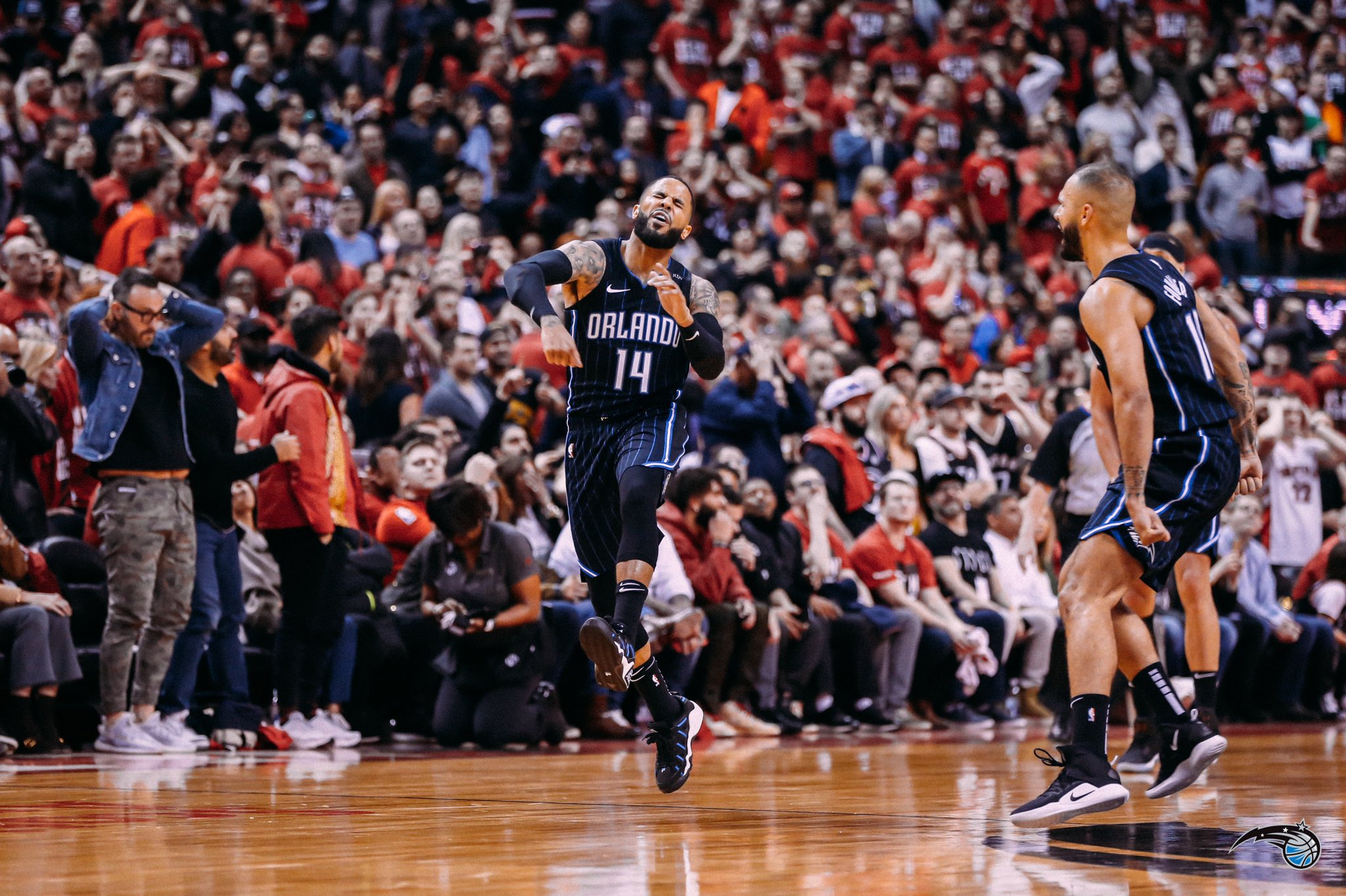 The playoffs started for NBA teams over the weekend. The first day started with upsets, especially in the Eastern Conference. Here is a recap of every game from the opening round of the playoffs:

The six seed Nets shocked the basketball world with their upset of the third seed 76ers in the opening game of the playoffs. Led by guards D’Angelo Russell and Caris LeVert who had 26 and 23 points respectively, the Nets were too much to handle for the 76ers. Brooklyn shot lights out from 3-point range in the first half and took a seven point lead into halftime. Jimmy Butler did everything he could to make the game close. He took over in the third quarter and ended up the game’s leading scorer with 36. In the end, it was not enough as the Sixers fell by nine at home. Joel Embiid scored 22 points, but his knee injury was still lingering. No other 76ers starter managed to score in double figures and the team as a whole struggled from 3-point range, shooting 3-25 from deep.

The upsets continued as the Magic added to the Raptors playoff woes despite a mostly different team. D.J. Augustin hit a three pointer with 3.5 seconds left to put the Magic ahead for good. It took a total team effort from Orlando to pull of this upset. Seven players scored in double figures, including the entire starting five.  Kawhi Leonard led the Raptors with 25 points, and Pascal Siakam added 24. Unfortunately some things never change for the Raps as Kyle Lowry continued his lack of production in the playoffs. He finished with zero points, going 0-7 from the field and missing all six of his threes.

The Warriors continued their playoff dominance as they attempt to win three championships in a row. Stephen Curry put on a shooting clinic as he scored 38 points, going 8-12 from deep. Kevin Durant added 23 points despite being ejected from the game late in the fourth quarter. Curry passed Ray Allen for the all-time leader in made 3-pointers in the playoffs with 386 for his career. Draymond Green had a great game with 17 points, seven rebounds, and seven assists, including going 2-4 from three-point range. The Clippers were led by two players off the bench, as Lou Williams scored 25 points and Montrezl Harrell had 26.

The Spurs continued the trend of upsets from Saturday’s games. They knocked off the two seed Nuggets, as their playoff experience made the difference. The Nuggets, who have been one of the best teams in the NBA this season, are new to the playoffs — with only Paul Millsap having significant post-season experience. The Spurs were lead by DeMar DeRozan who had 18 points and 12 rebounds. Denver’s entire starting lineup scored in double figures, including Nikola Jokic who had a triple-double with 10 points, 14 rebounds, and 14 assists.

The Celtics held to Pacers to 74 points, as they began the games on Sunday. Kyrie Irving and Marcus Morris led all scorers with 20 points. Only two Pacers scored in double figures led by Cory Joseph, off the bench, with 14 points. This was a defensive game with both teams shooting under 37% from the field. Jayson Tatum continued his stellar play in the playoffs with 15 points, making all three of his 3-pointers. The Celtics used a incredible defensive effort, as they managed to hold the Pacers to only eight points in the third and never looked back.

In one of the most anticipated series of this year’s playoffs, the teams did not disappoint. Portland developed an early lead, going up by 19 in the second quarter. The Thunder did not panic and managed to get the game back to single digits at halftime 56-48. In the second half, the game was back-and-forth with the Trailblazers maintaining a slim lead. Paul George hit a three with 2:44 left to make it a one point game, but Damian Lillard answered with a 30-foot three of his own. George led the Thunder in scoring with 26, and Mr. triple-double, Russell Westbrook, continued his ways with 24 points, 10 rebounds, and 10 assists. Portland’s star backcourt of Lillard and CJ McCollum combined for 54 points, and newcomer Enes Kanter added 20 points and 18 rebounds.

In the weekend’s most lopsided game, the Bucks easily handled the Pistons by 35 points. Giannis Antetokounmpo lead all scorers with 24 points. He also provided the highlight of the weekend when, after a steal, he sprinted down the court and took off from the free-throw line for an amazing dunk. Luke Kennard lead the Pistons with 21 points, including 4-5 from deep. Andre Drummond was ejected from the game after a flagrant-2 level foul on Antetokounmpo in the third quarter. The Pistons were down by 41 points at the time, and Drummond was visibly frustrated. The Bucks had the best record in NBA this season and will look to make quick work of the Pistons.

The Rockets made easy work of the Jazz with a 32 point victory. James Harden had 29 points and 10 assists, continuing his MVP performance from the regular season. The Rockets were on fire from the field, shooting 50% overall and 36% from three. The Jazz tried to contain Harden by forcing him right, but it was not successful. Rudy Gobert led Utah with 22 points and 12 rebounds, but he had trouble stopping fellow center Clint Capela. He was often wide open for alley-oop dunks from Harden. This series was expected to be close, being a 4-5 matchup, but Houston looks like a team on a mission.