Wizards Season Recap: The Good, Bad, and the Ugly 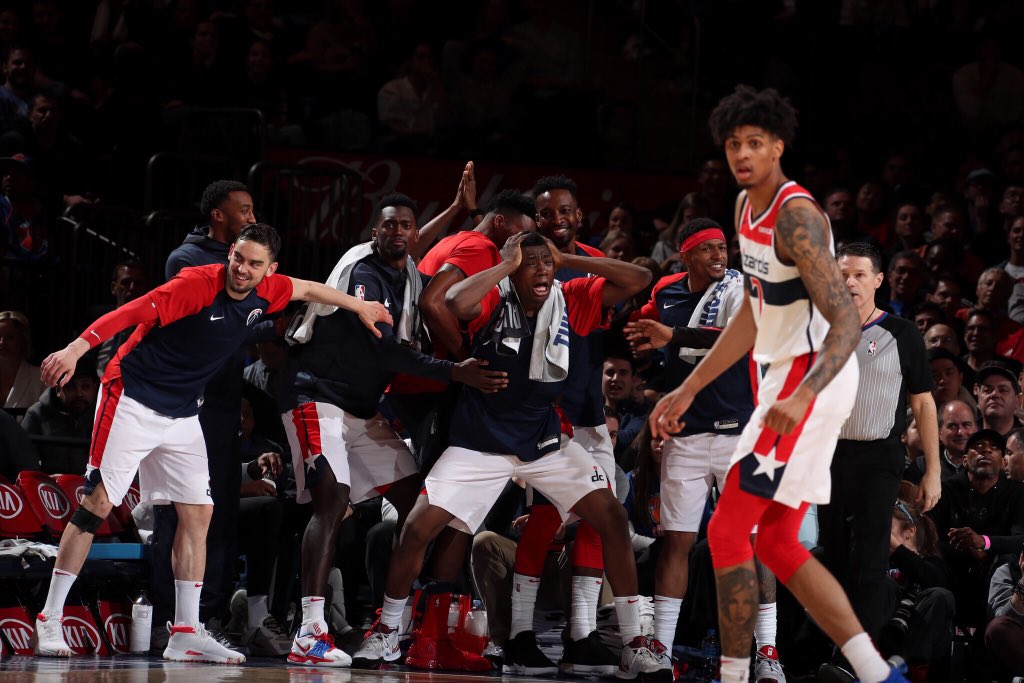 The Washington Wizards finished the season with a 32-50 record

The Wizards goal this preseason was to win 50 games but instead, they ended up losing that amount. This season was surprising to some but others could see the writing on the wall. It marked the end of a couple of eras for the Wizards. The Ernie Grunfeld era came to an end after 16 years when he was fired as the President of Basketball Operations, and it marked the end of the Wizards version of the big three after Otto Porter was traded away to Chicago. The season had its share of ups and downs. Here is a breakdown of the highlights and low-lights of the 2018-19 season:

Bradley Beal: The most promising part of the past season is easily the play of Wizards guard Bradley Beal. He cemented himself as a legit NBA superstar with his play and leadership this year. He became the first Wizard in franchise history to average 25 points, five rebounds, and five assists. Beal was one of the toughest players to stop in the NBA, especially after the All-Star break. He finished the year eleventh in the NBA in scoring at 25.6 points per game and developed into more than just a jump shooter. Beal also played in every game this year and showed that he is the leader of this franchise going forward.

Thomas Bryant: The Wizards center really made strides becoming the biggest surprise of this season. After the Lakers waived Bryant last summer, the Wizards picked him up mostly as a roster filler. They planned on using him as a development project and a backup to Dwight Howard. After Howard’s injury early in the season, Bryant responded with a career year. He averaged 10.5 points and 6.3 rebounds a game and set a team record for field goal percentage at .648. Overall, he led the entire NBA in two-point field goal percentage at .685. Also, Bryant brought a lot more then just stats the season. His hustle and energy was part of the reason that the Wizards were still in the playoff hunt towards the end of the year.

The offense: The team made strides in improving the offense. Despite losing an all-star caliber point guard, they amazingly became a better and more efficient offensive team. The team took off after the trade deadline mainly because of the play of Bobby Portis and Jabari Parker. They were seventh in offensive efficiency after January 1st. The development of point guard Tomas Satoransky was another factor in the offensive improvement. After becoming a starter, he averaged five assists per game and only 1.5 turnovers.

The injuries: The injuries started early this year when Dwight Howard went out with a back injury that led to him getting surgery in November. He only played in nine games this year and went from biggest off-season addition to biggest disappointment. He has a player option for next season and is expected to be back. Hopefully, he will be healthy in time for next season. John Wall also suffered an injury-filled season. He started out with a knee injury that led to him having surgery after 32 games played. During his recovery, he injured himself again, tearing his Achilles tendon in an accident at his home. This was a huge blow to the Wizards season and will have a long-lasting effect on seasons to come. An Achilles injury usually takes over a year to recover from, so Wall may not be ready until late next season.

The defense: The defense this season was definitely the team’s weakness. They lost their interior defensive presence as Howard went out and Markieff Morris was traded away. They lost the rebounding margin almost every game, and despite their best efforts, they couldn’t stop anyone. The Wizards finished 27th in defensive rating, only ahead of the Hawks, Suns, and Cavaliers. If they hope to have a bounce-back season then they must find a way to improve the overall defense.

Cap situation: The Wizards head into the off-season with only four players under contract. This is usually a good thing but they have some unfortunate contract issues ahead of them. They enter the final season of Ian Mahinmi’s bloated contract at over $15 million, and Wall’s extension kicks in at $37.5 million. The combination of Wall, Beal, and Mahinmi’s deal will add up to almost $80 million. The NBA cap is $109 million and it will be hard to fill the roster with any meaningful free agents. They do have a team option for Parker at $20 million, but it wouldn’t make sense to bring him back at that number. They also have a few restricted free agents, such as Bryant, Satoransky, and Portis, so bringing them back won’t be impossible.

The draft: This may not fit under ugly, depending on the results of the draft lottery. The Wizards finished with the sixth worst record in the league, that gives them a 9% chance at the number one pick. The problem with this draft is that it is very top heavy. If they end up with the sixth pick, then they may not be able to find a player that will have the immediate impact that they need. They did get the most out of last year’s pick Troy Brown Jr., who showed flashes towards the end of the season. He is still only 19 years old and will be penciled in as a starter for next year. They do not have a second round pick this year, which will hurt when it comes to filling out the roster.