deGrom Dominates On Both Ends As Mets Sweep Marlins 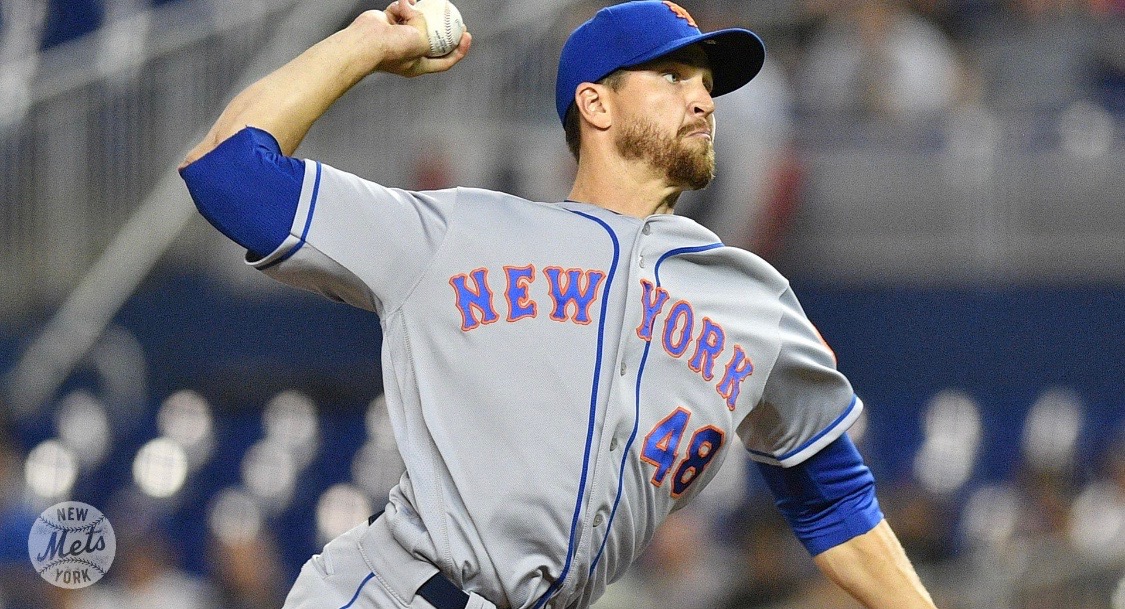 deGrom Dominates On Both Ends As Mets Sweep Marlins

Jacob deGrom dominated both ends today as the Mets swept the Marlins with a 6-4 win. Though there was a little stumble to the finish, the Mets came away with their first series sweep of the season. They improved to 5-1 on the year and sit in first place in the National League East. However, the Phillies are keeping pace as they sit only 0.5 GB. The team will head back home for the first time this year as they host the Washington Nationals.

To get the scoring started, Amed Rosario hit an RBI single scoring Keon Broxton. The Mets would tack on two more runs with a Jacob deGrom solo home run and a Pete Alonso RBI double. The offense kept quiet until the seventh. Robinson Canó hit an RBI double to score Alonso. In the eighth, Dom Smith and Wilson Ramos each had an RBI single to extend the Mets lead to 6-0.

The Marlins offense was held silent all night until the ninth inning. Martin Prado got the Marlins on the board with an RBI double followed shortly by Lewis Brinson groundout. The Fish would add two more runs from Rosell Herrera and Miguel Rojas. However, Edwin Díaz would eventually come in and lock down his third save of the season; preventing the Marlins comeback.

Jacob deGrom was the story of tonight’s game. The Mets ace was dominant on the mound going seven innings while allowing no runs on three hits while he struck out a career-high 14 batters. deGrom has now extended his scoreless innings streak to a career-high 25 innings. Along with that, he has tied Bob Gibson’s MLB record for consecutive quality starts with 26.

What To Expect From Mets Starters After First Time Through
Mets Power Way To Huge Comeback Win Over Nationals
%d bloggers like this: