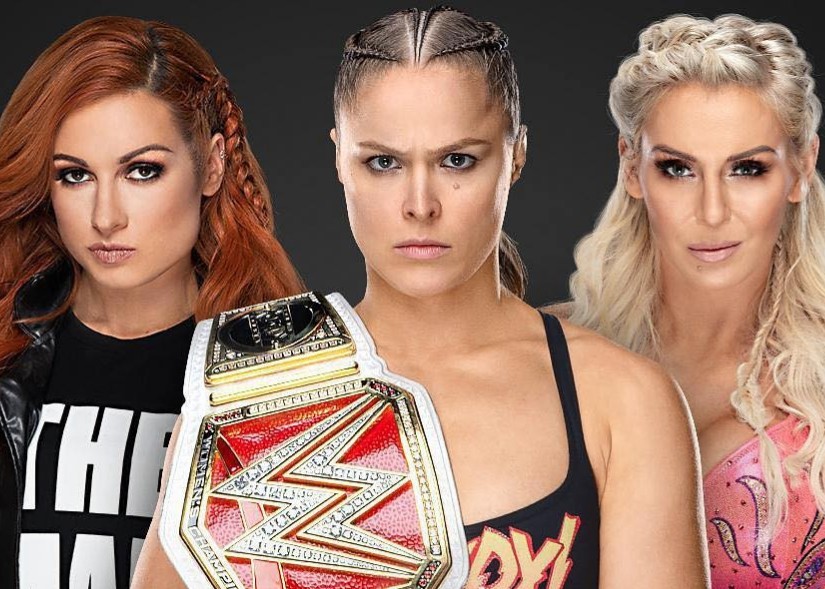 Despite the questionable booking in WWE for several years, the company finds itself in a great situation heading into WrestleMania. They have multiple options to Main Event and all of them have the ability to steal the show. They have allowed talents to “get over” organically. There have been incredible fan responses to rising stars.

Inevitably, WWE has seen several matches draw the interest of fans all throughout the WWE Universe despite the lackluster planning on WWE’s weekly programming.

Heading into WrestleMania, the plan for WWE has been to feature the RAW Women’s Championship Match as the Main Event for months. A year ago, the thought was that Charlotte would challenge Ronda Rousey for the title producing the first ever Women’s WrestleMania Main Event. Then something extraordinary happened. Becky Lynch’s character evolved into the hottest commodity in sports entertainment.

When a match between Becky Lynch and Ronda Rousey was changed last minute due to Lynch suffering a legitimate concussion at the hands of Nia Jax, the Charlotte vs Rousey match was moved up to Survivor Series and did not disappoint. It was easily Rousey’s most physical match to date.

Despite WWE’s desire to do the match once again at WrestleMania, no one could argue that the response from the fans who wanted to see Becky Lynch in that spot was overwhelming. After dropping the SmackDown Women’s Championship to Asuka and failing in her rematch, the path was clear for Becky Lynch to ascend to the top of the WrestleMania card.

After seeing the meteoric rise in Becky Lynch’s character, Vince McMahon chose to push his own agenda once again and insert Charlotte Flair into the championship match after Becky earned her opportunity by winning the Royal Rumble. This brought the ire of the fans. And that is where we stand at this point.

After winning the Men’s Royal Rumble, fans have been clamoring to see Seth Rollins unseat Brock Lesnar from atop the RAW throne as Universal Champion. Rollins has been arguable WWE’s workhorse for more than a year and has had instant classic matches with virtually every opponent. He has entrenched himself as a much more viable option to lead the Raw brand over the previously unsuccessful attempts at pushing Roman Reigns and has a genuine connection with the audience.

With Brock Lesnar being a part time worker and legitimacy missing from the WWE Universal Championship, it is time for someone to step up and lead the red brand showcasing the Universal Title on a weekly basis. For that reason alone, the Lesnar vs Rollins match could easily be the Main Event of WrestleMania.

Potentially interfering with both of those options is the WWE Championship match. After an injury to Mustafa Ali ahead of the Elimination Chamber pay-per-view, Kofi Kingston was inserted to take his place. No one could have predicted what was going to happen throughout that match. Kofi evolved from a fill in to a legitimate contender to the championship. As he battled his way to being one of the final two competitors, the fans decided who they want to represent the blue brand.

In the end, Daniel Bryan retained his title but in the process, Kofi Kingston, an 11 year WWE veteran, finally received the love and adoration of the fans he always wanted. He became a true superstar. That is not to take away anything from his amazing career accomplishments, but the fans are tired of seeing Kofi stuck in tag team feuds leading to the same ending week in and week out. They want to see Kofi raise the most prestigious prize in all of sports entertainment.

After being put into unwinnable matches to earn a shot at the WWE championship at WrestleMania, fans have been outraged that Vince McMahon has refused to give Kofi his championship opportunity event though the smart marks know this is all storyline leading to a Bryan vs Kingston matchup at ‘Mania. There is even a debate that this match would be even more over with the fans than the Lynch vs Charlotte vs Rousey match.

So with all of those choices, not counting the AJ Styles vs Randy Orton or Triple H vs Batista matches as possibilities let alone the rumored appearance by the Undertaker or a change to the Kurt Angle match involving John Cena, the choices are endless.

It is a tough and not all that common spot for WWE whose booking is typically questionable. This time, they have booked themselves into a great position to deliver on so many levels. Who gets the nod? Do you give it to the women who have been the plan all year? Do you book Seth Rollins to finally get his babyface Universal Championship win as he slays the beast? Could you go with the hot hand and give Kofi Kingston a truly incredible moment that will go down in history? Oh what to do?

Were I the one booking the show, I would have the women close out the show as a show of respect to their drawing power and a long overdue equality in the business. However, I could also see Kofi being hoisted onto his New Day brethren’s shoulders in a triumphant showing to close the show. In any event, WWE is in almost a win win scenario.