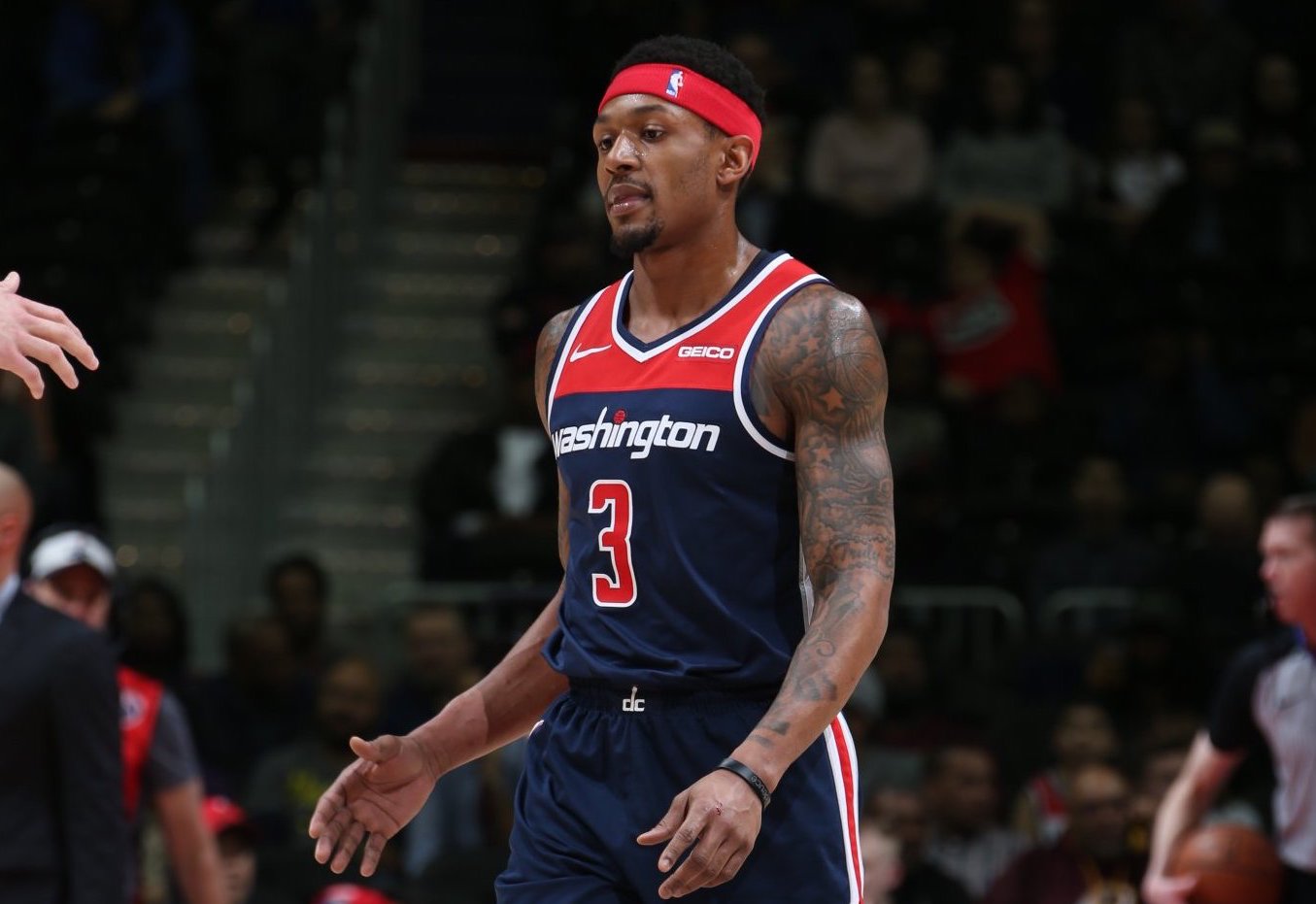 After two straight losses, the Wizards playoff hopes are dwindling

The Wizards fell to 13 games under .500 after their most recent loss to the Nuggets. They are currently in eleventh place in the east and 5.5 games behind Miami for the final playoff spot. They may not have been mathematically eliminated, but with only nine games left in the season, there is little hope.

The overtime loss to the Chicago Bulls last week was devastating to the Wizards chances. They really needed that win to keep pace with the rest of the bottom of the East. Then the loss to the Denver Nuggets was the nail in the coffin. Losing back-to-back games, this late in the season, was something they couldn’t afford. They do have a slim chance of hope left but the schedule doesn’t get any easier. They have to go out west for a four-game road trip, including two games versus playoff contenders, Utah and Denver.

The Wizards next game is versus the Miami Heat, who currently sit in the eighth spot in the East. They must win versus the division opponent, in order to gain ground. This will be a make-or-break game for them. If they win, they will close the gap between them and the Heat. If they lose, they will fall even further out of contention, and it may be too much to overcome. The Heat have been playing some of their best basketball lately, winning seven out their last ten. The Wizards would even the season series with a win, and it would be the second year in a row they would split 2-2.

When John Wall’s injury situation was worsened by his torn Achilles in January, many people could have written off the Wizards to the 2019 Draft Lottery. This team responded like no one believed they could. Led by Bradley Beal, the Wizards have been a pleasant surprise. It may be tough to believe that a team that is double-digit games under .500 is still in playoff contention, but it is the Eastern Conference. The entire Southeastern division is under .500, so the Wizards are not far from their competitors. It would be highly unlikely that they do make a playoff run, but if they do, it would be a very impressive feat.

Early in the season, Troy Brown Jr. was not getting much playing time. Sitting behind Otto Porter Jr., Kelly Oubre, and then Trevor Ariza, there was no room for the 20-year-old rookie out of Oregon. Now with two of those players gone and Ariza injured, Brown has gotten the chance to show the Wizards what he has. He started his first game and responded with 13 points and five rebounds. Over the past five games, he has played more than 20 minutes per game and had gotten better every game. He has a knack for rebounding and aggressive defense. Going forward he may be expanding his role, especially with Ariza being a free-agent this summer.

How Brogdon’s Injury Changes the Eastern Conference Playoffs
The Lakers Miss Another Post-Season
%d bloggers like this: