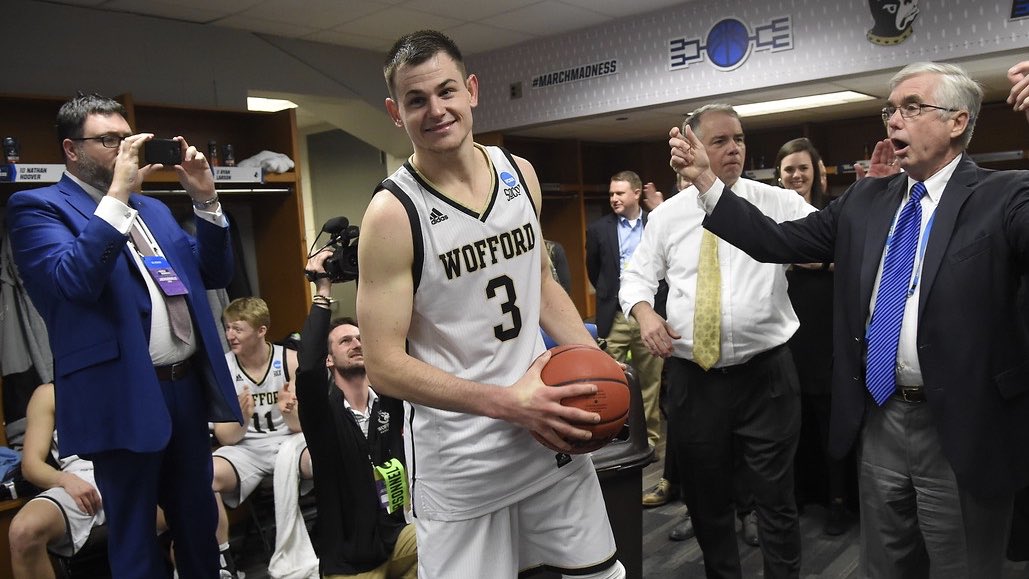 One of the most intriguing early-round games in the NCAA Tournament, #7 Wofford battled it out with #10 Seton Hall. The Terriers, fresh off of winning the Southern Conference Tournament, were ready to show America they have what it takes to make a deep tournament run. Standing in their way was the Seton Hall Pirates — a team that just wrapped up an impressive showing in the Big East Tournament.

Wofford came away with an impressive 84-68 victory, moving on to the second round to face #2 Kentucky. The Terriers boast the second-best three-point field goal percentage in the country at 41.6 percent. That reputation was on full display as they hit 13 trey bombs at a 46.4 percent clip. Seemingly every turnover committed by Seton Hall ended in a Wofford bucket. As a result, the Terriers enjoyed a 20-to-5 points off turnovers advantage during the game.

Wofford Ready for the Big Stage?

Wofford walked into VyStar Veterans Arena with something to prove. The “smallest” school participating in the NCAA Tournament was out to show they belonged. Yes, the Terriers managed to grab the 19th spot in the AP poll by season’s end but many questioned the validity of their season. For a team riding a 20-game winning streak, that’s hard to believe. The Terriers didn’t just “win” the Southern Conference Championship. They steamrolled opponents with an average winning margin of over 17 points per game! No other team in America went undefeated in conference play and captured their Conference Tournament Championship.

An expression tossed around basketball gyms across the country might just be the best way to describe Wofford’s Fletcher Magee. The 6’4″ Terrier star set the Division I career record for 3-pointers made with 509! For those looking for the real definition of a knockdown shooter look no further than Magee. Good defense on a shooter, such as Fletcher, has to start before he even touches the basketball. Allow him to catch the ball with a clean look at the basket and it is game over. It doesn’t matter how hard the defender closes out or what side of the floor he catches the ball. Nor does it matter if he catches the basketball with his feet set. Just know one false step on defense is three points on the board.

The Box score will show that Myles Powell finished with 27 points. However, Wofford did a great job of making Powell work for every bucket. The Terriers mixed up defenders, throwing double (even triple) teams at the Seton Hall star. Unfortunately, no other Seton Hall player scored more than nine points. Myles did his best to put the team on his back, even taking the lead 60-59 with 7:48 left to play. Wofford responded how it has all season. A 25-8 run to end the game with the 3-point shooting as the catalyst.

Wofford looks to continue their run in the big dance. While Seton Hall proved to be a nice test for the Terriers, next round has a chance to be special. A date with one of college basketball’s “Blue Blood” programs, Kentucky, should provide an entertaining match-up. On the other hand, Seton Hall’s season has come to a close. Most fans will wait and see if Myles Powell enters the NBA draft. In any event, it was a great late season push by the Pirates. Something they hope will carry over into next year.