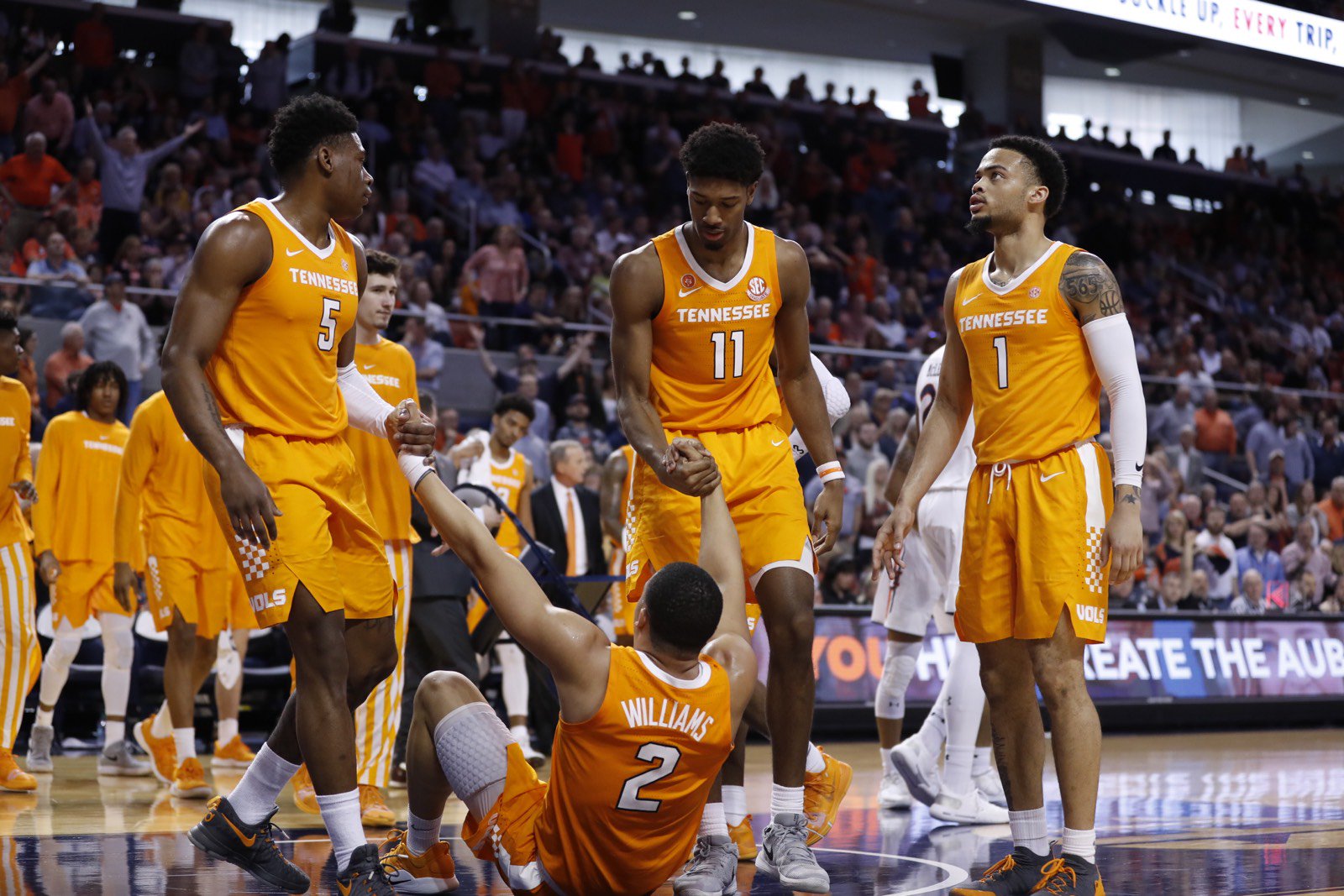 The 2019 SEC Basketball Tournament begins on Wednesday, March 13th. All 14 teams in the SEC will compete for the tournament championship, as well as for at-large and auto bids to the NCAA Tournament. The tournament runs through Sunday and is held at Bridgestone Arena in Nashville, Tennessee.

LSU won the SEC regular season title on Saturday with a win over Vanderbilt, giving them the top seed in the tournament. Despite the suspension of head coach Will Wade amidst his FBI investigation, LSU finished the season at 16-2 in conference play and are red hot coming into March. Just behind the Tigers come Kentucky, who managed to steal the second seed despite the absence of senior Reid Travis. If Travis is able to suit up for the SEC Tournament, Kentucky will be tough to handle. The third seed is held by Tennessee, who suffered a late loss this weekend at Auburn but have been playing great basketball down the stretch. Rounding out the list, South Carolina holds the fourth seed, giving them a double bye to the quarterfinals.

#1 LSU: The Tigers have rolled through their SEC schedule suffering only two losses, both to unranked teams in Florida and Texas A&M. With a fast-paced, high-scoring offense led by Sophomore Tremont Waters, LSU can run with the best teams in the country, showing this with wins over Tennessee and Kentucky. LSU is fifth in the country in steals but near the bottom in points allowed. This high-risk pace of play has propelled LSU to the top seed and should forecast success in March as long as they can get critical stops down the stretch.

#2 Kentucky: Following a blowout loss against Tennessee on March 2nd, Kentucky picked up two wins to overtake the Volunteers for the second seed. They’ve learned to succeed without Reid Travis, who brings much-needed scoring and physicality to the team. With Travis, the Wildcats are a top-five team in the country, but they’re a team to watch even if he doesn’t return for the SEC Tournament. With Sophomore PJ Washington leading the charge, the Wildcats will use their excellent defense and athleticism to pursue a fifth straight SEC tournament title.

#3 Tennessee: Rick Barnes’s team has no visible flaws. With all five starters averaging double-figure points, and two preseason Naismith candidates in Admiral Schofield and Grant Williams, the Volunteers are a scary matchup for any team. In addition, the emergence of Jordan Bone as a scorer and distributor has established Tennessee as a title contender from the beginning of the season. However, the heart of the team is Grant Williams. Averaging almost 20 points a game and having the ability to score in a variety of ways, Williams will determine the fate of Tennessee this March. If he’s on, this team is unstoppable.

#5 Auburn: The Tigers come into the tournament looking dangerous. After winning four in a row, including a huge win over Tennessee, Auburn is poised to make a run. A pattern on their wins this year is a tremendous turnover differential. If the Tigers are able to pressure the opposition and take care of the basketball, they could knock off LSU in the semifinal and fight for a championship.

#8 Florida: Florida ended the season on a strange note, winning five straight then losing three straight games which led to a 17-14 record. Their defense is extremely efficient which looks to keep them in any game. However, where the Gators have struggled is scoring down the stretch. If they’re able to get key baskets and keep up their stellar defensive presence, the Gators could make a run in the SEC Tournament.

#4 South Carolina: The Gamecocks struggled with consistency throughout the season, but picked up two big wins last week to edge out Auburn for the fourth spot. South Carolina hasn’t won more than two consecutive games since January 16th, and that streak will continue. They’ll make an exit in their first game of the tournament.

The Field: The SEC is a notoriously top-heavy conference, with a few elite teams and not much depth. The lower-ranked teams struggle tremendously against the league’s powerhouses, and this tournament will be no different. Look for the favorites to dominate and save the excitement for the final two rounds.

Kentucky vs. Tennessee: This matchup has produced two blowouts this year, with one going each way. A matchup on a neutral court with a trip to the SEC Championship on the line will be an awesome final matchup for these two powerhouses. Look for this game to go down to the wire with both teams healthy and looking to lock up a top seed in the NCAA tournament.

The Pick: LSU, but this game could get interesting

No. 5 Seed Auburn vs. No. 4 Seed South Carolina

No. 6 Seed Mississippi State vs. No. 3 Seed Tennessee

No. 3 Seed Tennessee vs. No. 2 Seed Kentucky

The star power of Tennessee will be too much for Auburn, with three elite scorers in their starting five. The Volunteers will win with ease, becoming the first SEC tournament champion in five years not named Kentucky.