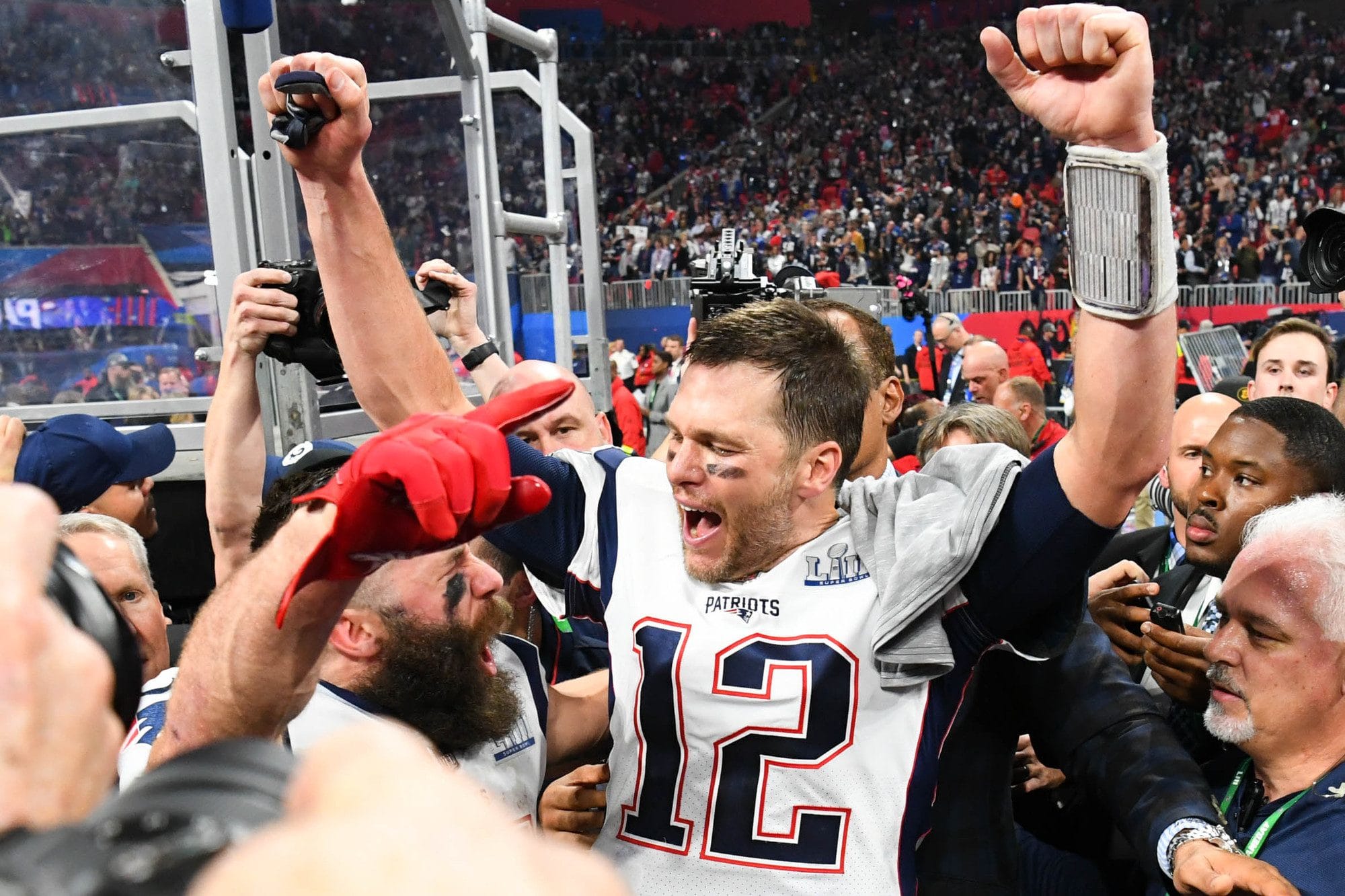 With an over/under of 56 points set on the game, high-octane offense was expected. Instead, fans witnessed the lowest-scoring matchup in Super Bowl history. The NFL’s second-best scoring offense was held to just three points as the New England Patriots disrupted every aspect of the Rams’ offense.

Consequently, the Super Bowl drought lingers on for the Rams, while the Patriots’ dynasty continues their domination of the 2000s. Also, Brady isn’t retiring anytime soon — meaning the Patriots will continue to compete for Super Bowls in the near future.

Unfortunately, the Rams failed to capitalize on the turnover, failing to gain a single first down on the drive. On the next Patriots’ drive, the offense moved down the field methodically. The Patriots drove 60 yards in 11 plays, setting kicker Stephen Gostowski up for a 46-yard field goal. The kick hooked left, however, ending the first quarter with a blank scoreboard.

Gostowski’s missed field goal was followed by three consecutive punts. The Patriots started the next drive on their own 37-yard line. That 7-play, 39-yard drive led to a 42-yard field goal by Gostowski, though, finally ending the scoring drought.

However, another scoring drought ensued for the remainder of the first half. The most substantial drive for the remainder of the half was also by the Patriots. New England drove 41 yards in eight plays. The Patriots opted to go for it on 4th and 1, but ultimately failed to convert. The other four drives all ended with punts as the Patriots took a 3-0 halftime lead into the locker room. The 3 total first half points amounted to the lowest first half point total in the Super Bowl since Super Bowl IX.

Halftime gave each offense a chance to make adjustments and get some points on the board. Yet, defense continued to reign supreme to start the second half. The Rams’ offense opened the second half with an explosive 16-yard run by Todd Gurley, the Rams’ longest rush of the game to that point. Unfortunately, the Rams were forced to punt again after just five plays on offense.

The Patriots faced a similar fate on their first drive of the second half, as a 27-yard catch-and-run from wide receiver Julian Edelman wasn’t enough to stimulate a scoring drive. Following two consecutive three-and-outs and a record-setting punt from Rams’ punter Johnny Hekker, the Rams had the ball on their own 23-yard line to start the next possession. The drive was the Rams’ longest, as they drove 42 yards in slightly over four minutes. Kicker Greg Zuerlein then nailed a 53-yard field goal to tie the game 3-3.

Knotted up 3-3 entering the fourth quarter, Super Bowl LIII was still anyone’s game. The quarter opened, fittingly, with a punt from the New England Patriots. A Rams punt followed as the Patriots’ defense continued to wreak havoc on the Rams’ offense.

Additionally, the Patriots’ offense finally began firing on all cylinders during their next possession. The five-play, 69-yard drive was the most efficient drive of the game. Rob Gronkowski was the catalyst of the drive, pulling in two catches for 47 yards. University of Georgia alum Sony Michel finished the drive off with a 2-yard rushing touchdown, giving the Patriots a 10-3 lead with seven minutes left to play.

Down 7 points, the Rams responded with a seven-play, 48-yard drive. Unfortunately, the drive resulted in a decisive turnover, as Patriots’ cornerback Stephon Gilmore snagged an interception. With the pick, the Patriots took possession of the football with just over four minutes remaining.

New England’s four-minute offense drained over three minutes off the clock. Their nine-play, 72-yard drive concluded with a 41-yard field goal from Gostowski. With a minute remaining, the Rams offered minimal resistance as the Patriots secured a 13-3 victory — cementing their status as Super Bowl LIII champions.

This New England team had its doubters; after all, the team that was showcased throughout the regular season wasn’t exactly a juggernaut. However, players like Super Bowl LIII MVP Julian Edelman and cornerback Stephon Gilmore showed that great players make great plays on the biggest stage. With notable players like Patriots’ defensive end Trey Flowers and offensive tackle Trent Brown set to be free agents next year, the team does have gaps to fill. However, the team will continue to compete for Super Bowls so long as the dynamic duo of Tom Brady and Bill Belichick stays intact.

The Los Angeles Rams, meanwhile, have many more marquee talents set to hit free agency. Players such as Ndamukong Suh, safety Lamarcus Joyner, and guard Rodger Saffold may all have new homes next year. The Rams, however, are still in a fantastic position for the 2019-2020 season. Young players such as quarterback Jared Goff, running back Todd Gurley, safety Josh Johnson III, and wide receiver Josh Reynolds will all be huge pieces for the team next season. In fact, the Rams are the current favorites as Super Bowl LIV champions in ESPN’s way-too-early power rankings.