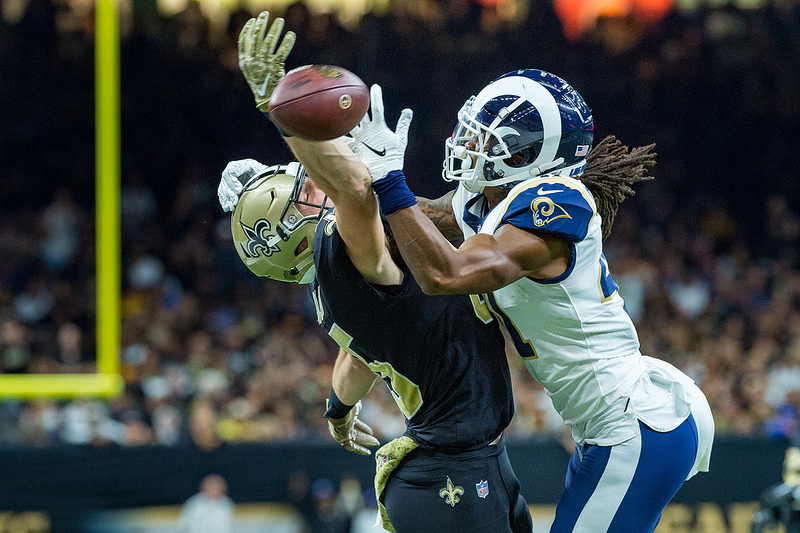 No. 1 Seed Saints and No. 2 Seed Rams Battle for Spot in Super Bowl LIII

The number two and number three NFL offenses are set to partake in an NFC Championship showdown that will light up the Mercedes-Benz Superdome. It took the Los Angeles Rams beating the Dallas Cowboys last round, and the New Orleans Saints knocking out the Philadelphia Eagles this past week to set up this star-studded matchup.

The last time a Rams team made the Super Bowl was in 2001 when the ‘Greatest Show On Turf’ was taken down by a 24-year-old Tom Brady. The Saints’ last Super Bowl appearance was much more recent in 2010 when they defeated the Indianapolis Colts 30-17.

Both Drew Brees and Jared Goff are headed to the Pro Bowl this year. However, one will miss it for the Super Bowl. That matchup of youth versus veteran experience will be one to watch.

The Saints are in pretty good shape coming into this one. The only player who is confirmed to be out is wide receiver Keith Kirkwood with a calf injury. Also for the Saints, Benjamin Watson is looking to be questionable with an Illness. He will most likely be a gameday decision.

The Rams do not have one player listed on their injury report as of Thursday and will most likely not be adding any in between now and gameday. This should make for a very competitive game. It is always good for the game to have a lack of injuries.

The key for the Rams this weekend is to find ways to pick holes in the Saints’ lockdown secondary. If the Rams can’t throw the ball down the field and utilize their skilled receivers, they will have significant trouble opening up the running game, and then the whole offense is shut down.

The Rams are at their best when wide receivers, Robert Woods and Brandin Cooks are found often for deep posts that find their way just around lurking safeties. The last time the Rams played the Saints they were able to find success in the passing and running game, but the defense wasn’t able to hold the Saints’ powerful offense.

The Rams will look to dissolve the Saints’ receivers. Lately, it has been looking like Rams’ corners, Marcus Peters and Aqib Talib are shells of their former selves. Peters has been burned multiple times on hot routes the last few weeks and fans are getting restless.

Brees and wide receiver, Michael Thomas will look to exploit that. This may result in Wade Phillips running a few more dime sets than he is comfortable with.

The Saints will look to pick up their offensive game against the Rams. In their last seven games, they have only eclipsed the 30-point mark twice. The last time they played the Rams they were able to win with an overpowering offensive showing with the score being 45-35.

However, if they give up the same amount of points while putting out relatively low scoring on offense, they will not be able to win. The Saints only scored 20 last week against the Eagles. They will need more than that to take down this confident Rams group.

On the other hand, if their defense can play the Rams as the Chicago Bears did in Week 14, they may be in good shape. The Bears did the impossible that day; they held the Rams to only six points and a combined air and ground yardage total of 239.

That is typically less than their passing total alone. The Bears played a zone defense and took away the downfield passes which as a result neutralized the running game. The Saints will look to do the same this weekend.