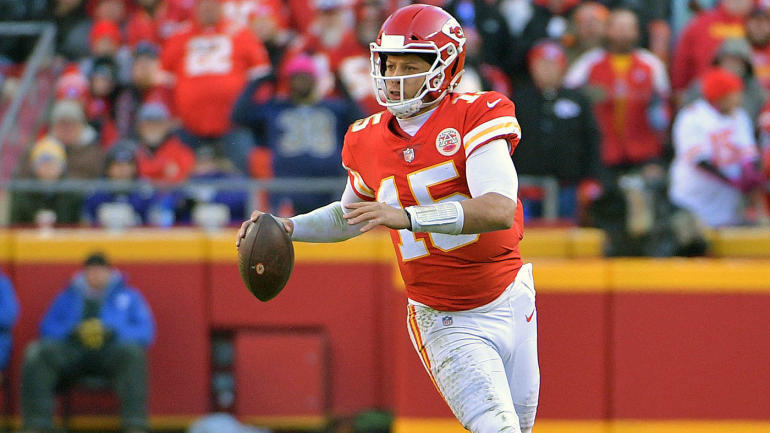 No. 1 Seeded Chiefs Host No. 2 Seeded Patriots in AFC Championship

The Kansas City Chiefs (13-4) are gearing up for a rematch against a New England Patriots team that edged a 43-40 victory against them in the regular season. While the Patriots have dominated the series, the Chiefs won’t go down quietly.

The Chiefs’ last four losses have been by an average margin of 3.5 points. Chiefs’ quarterback Patrick Mahomes recently joined the 50 passing touchdown club after a stellar sophomore season.

The New England Patriots (12-5) are headed to their eighth consecutive AFC  Championship game. During the streak, New England has won two Super Bowls. After trouncing the Los Angeles Chargers in the Divisional Round, New England looks to knock off another AFC West opponent on Sunday.

The Kansas City Chiefs will host their first AFC Championship in franchise history this Sunday. Yet that doesn’t seem to be the only history that will be taking place at the stadium. Weather forecasting suggests that we may see one of the coldest games in the history in Arrowhead Stadium.

Surely this Chiefs team is prepared for cold weather, right? While this may be the case, there is still some concern with the Chiefs’ savvy signal-caller. Quarterback Patrick Mahomes attended Texas Tech, located in Lubbock, Texas.

Lubbock maintains average January low temperatures of around 26°F. The game temperature for the AFC Championship is predicted to dip as low as -5°F.

The New England Patriots are no strangers to cold weather games. Quarterback Tom Brady played in 4°F weather in January of 2004, leading his team to a 17-14 victory against the Tennessee Titans. Brady threw for over 200 yards and tossed a touchdown in the contest.

In fact, radio personality Colin Cowherd suggests that the Patriots will benefit the most from the brutally cold temperatures. Cowherd believes that the aerial attack of the Chiefs will be stymied by the conditions, leaving New England’s ground game to thrive. Brady is 13-2 in games under 32°F in the postseason.

Kansas City’s offense is most efficient when generating explosive plays. Thus, brutal weather conditions can have a huge impact on the flow of the offense.

While playcalling will be affected by conditions, the Chiefs can’t stray away from what got them here. If the Chiefs want to advance to their first Super Bowl since 1969, they will need to get playmakers the ball in space.

When addressing playmakers, we are specifically talking about All-Pro wide receiver Tyreek Hill. Hill’s unique speed will be a nightmare for head coach Bill Belichick and the Patriots’ coaching staff to adjust to.

The Chiefs will need to get the ball in Hill’s hands, be it screens, handoffs, or pitches. Hill decimated the Patriots in their last meeting, accumulating 142 yards and three touchdowns in the contest.

Following a Week 15 loss against the Pittsburgh Steelers, this New England Patriots team has been a well-oiled machine. With the defense only giving up 14.33 points per game during the three-game stretch, New England has won each game handily. The Patriots have won the last three matchups by an average of 20 points.

Running back Sony Michel may have been the most impressive player on the roster during the three-game win streak. Michel has rushed for 295 yards in New England’s last three contests.

Fittingly so, he will be vital to the Patriots’ success on Sunday. After his success over the ninth-ranked Chargers’ rushing defense, along with the treacherous weather conditions expected to hit Arrowhead Stadium, look for Michel to be involved early and often.

The New England Patriots, Kansas City Chiefs, New Orleans Saints, and the Los Angeles Rams will embark on what will be one of the most exciting NFL Conference Championship Weekends in NFL history. Having a No. 1 vs. No. 2 seed matchup in each conference is always exciting. Yet this weekend carries much more excitement with it.

The four remaining teams are all equally dangerous in their way. In fact, oddsmakers don’t have a clear consensus of who will win Super Bowl LIII. The betting lines on the championship matchups are also extremely close. No matter the case, a well deserving franchise will be hoisting the Lombardi trophy when it is all said and done.