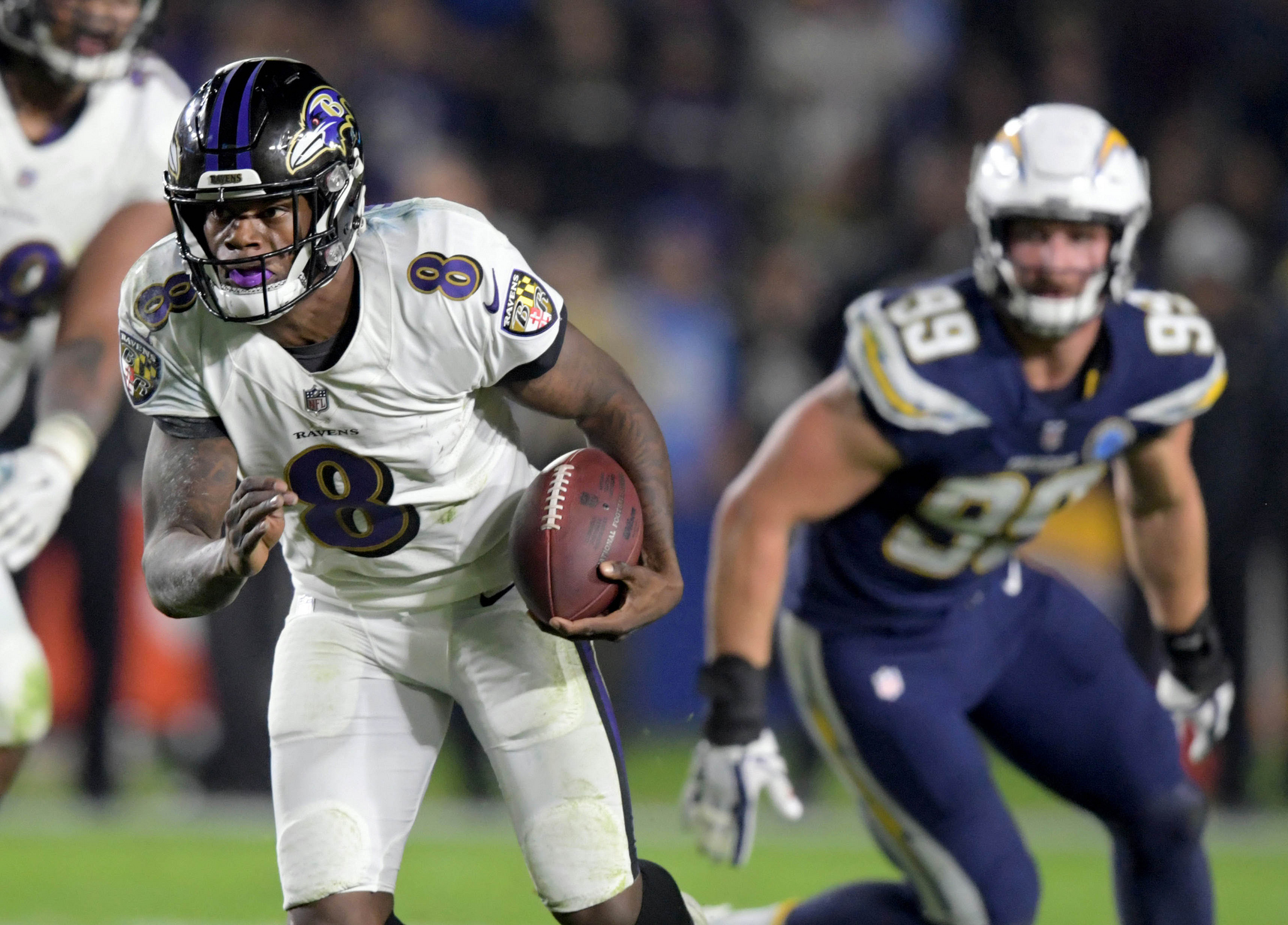 The Los Angeles Chargers won the coin toss and elected to defer, giving the Baltimore Ravens the first shot on offense. The Ravens wouldn’t hold the ball long, however, as their 6 play, 21-yard drive led to a punt. Head coach Anthony Lynn and the Chargers offense faced a similar fate on their first drive, punting after just three plays.

Baltimore’s next drive ended in just two plays, as Baltimore fumbled on two consecutive plays, with Los Angeles recovering the second fumble. The fumble marked Baltimore’s third fumble in the prior four plays. With the ball on the Baltimore 15-yard line, Los Angeles was primed for a scoring opportunity. Yet, the Baltimore defense held strong as Los Angeles kicker Michael Badgley settled for a 21-yard field goal, taking a 3-0 lead.

The Ravens’ next drive followed a similar trend as the previous two drives, as the Ravens held the ball for only six plays, gaining just 13 yards. Following a Ravens punt, the Los Angeles Chargers started their second drive in Ravens territory. However, the drive ended with a Chargers 53-yard field goal after a meager four plays.

After two consecutive punts by both teams, Baltimore started again on their own 23-yard line. Fitting the mold of consistency, the Ravens ran just four offensive plays before a Lamar Jackson interception ended the drive. The interception marked the Ravens’ second turnover of the game.

Starting on their own 41, the Chargers showed that the Ravens weren’t the only consistent offense in the matchup. The Chargers offense, once again, were forced to settle for a field goal, extending their lead to nine. Following another Ravens’ punt, the Chargers drove 58 yards in less than two minutes. Badgley nailed his fourth field goal of the half from 34 yards out to give the Chargers a 12-0 lead at halftime.

The Los Angeles Chargers wasted no time continuing their second-half dominance, starting the third quarter with a 72-yard kick return from All-Pro defensive back Desmond King. Positioned on the Baltimore Raven’s 26-yard line, Los Angeles failed to get anything going, settling for perceivably Badgley’s fifth field goal of the game. However, Badgley’s 41-yard attempt was blocked by Baltimore edge rusher Za’Darius Smith, giving the Ravens the momentum shift they needed.

Following the status quo, though, Baltimore did little with the drive, punting again after just three plays. Fortunately, Baltimore came up with another huge play on defense. Ravens linebacker Patrick Onwuasor forced a fumble on Chargers tight end Virgil Green. Yet despite gaining terrific field position, Baltimore still failed to get in the end zone, opting for a field goal instead, as the Chargers still held a 12-3 lead.

After a Chargers punt, the Ravens were in enemy territory as the drive began on the Chargers’ 40-yard line. Four plays later, the Ravens attempted a 50-yard field goal. However, All-Pro kicker Justin Tucker missed the attempt, keeping the Chargers lead steady at nine.

The Los Angeles Chargers responded with the best drive of the game. Los Angeles held the ball for over four minutes on the ten-play, 60-yard drive. Running back Melvin Gordon finished the drive with a rushing touchdown on 4th and goal at the 1-yard line.

Facing a 17-point deficit with about a quarter of football to go, Ravens head coach John Harbaugh was faced with a massive decision: continue with Lamar Jackson, the youngest quarterback to ever start a playoff game, or go with Joe Flacco, a savvy veteran who has already won a Super Bowl with the team. While the thought crossed Harbaugh’s mind, he sent his young quarterback back onto the field, as the fans booed. The Ravens went three-and-out on the drive.

After a Chargers field goal, the Ravens received the ball down 20 points with nine minutes to play. That led to easily the best drive of the day for the Ravens. Lamar Jackson drove the Ravens 75 yards in eight plays. Jackson finished the drive with a 31-yard passing touchdown to Michael Crabtree to bring the game within two scores.

Following a Chargers punt, the Ravens put together another incredible touchdown drive, driving 80 yards in about three minutes. With the Chargers still holding a 23-17 lead, Baltimore opted to kick the ball deep, trusting their defense. The Chargers, after being stymied by a holding call, had to punt the ball, giving Baltimore one last chance.

Jackson had 45 seconds to drive the team 66-yards down the field and win the game. Unfortunately, a Jackson fumble just three plays later sealed the fate of the Ravens, giving the Chargers the 23-17 victory.