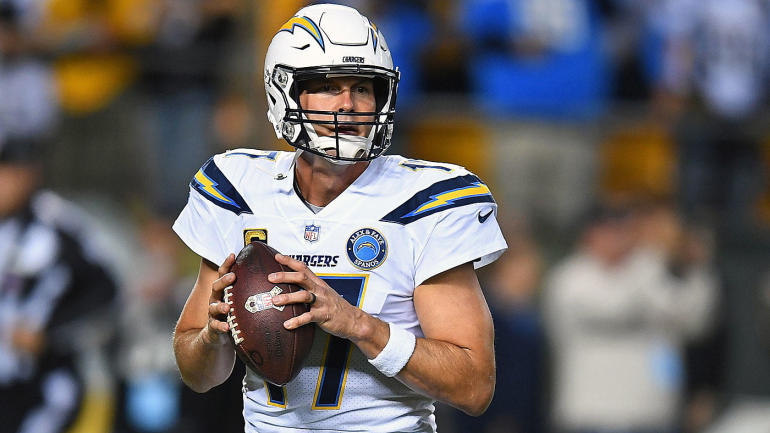 The Baltimore Ravens (8-6) and the Los Angeles Chargers (11-3) are set to battle in a matchup that will have huge implications for the AFC playoff race. The Ravens are currently a half-game behind a Pittsburgh Steelers team that is set to face the #1 seed New Orleans Saints in Week 16. Baltimore also has two teams, the Tennessee Titans and the Indianapolis Colts, vying for the final wildcard spot.

The Los Angeles Chargers, tied for the best record in the AFC, are competing for their division as well. The Chargers are neck and neck with the Kansas City Chiefs for 1st place in the division. With the Chiefs taking on a tough Seattle Seahawks team in Week 16, the division is still up for grabs.

Just in the Nick of Time

As the Ravens prepare to face one of the best teams in the NFL, luck has been on their side. The Ravens are as healthy as ever approaching the crucial matchup, with all but one player not participating in practice. With a fully healthy team showing up on Saturday, all pressure falls on rookie quarterback Lamar Jackson to lead the team to victory.

This will be a tough task for the rookie, as he hasn’t played against a defense ranking higher than 24th in his career. Yet, the Ravens rookie seems focused as he prepares for the 9th ranked Chargers defense.

The Chargers also seem to be getting healthier at just the right time. Star players Melvin Gordon and Keenan Allen are both expected to suit up in Week 16. Gordon, who is fifth in the league in yards per game, missed the last three games due to injury.

The Chargers are coming off of another huge primetime win against the division rival Kansas City Chiefs. Now with nine days of rest, this Chargers team will look to put together a dominating performance against a tough Baltimore team.

In order for this Baltimore team to grab a signature win on Saturday, the team must win the turnover battle. The Ravens are currently 25th in the league in turnover differential. One player, in particular, needs to do his part in improving that ranking.

Quarterback Lamar Jackson has coughed the ball up seven times in his five starts with Baltimore. While Jackson is sure to use his legs often in a matchup of this magnitude, holding on to the football must be a huge priority. If Baltimore can win the turnover battle, they will surely win the game.

The Chargers have a bevy of weapons that should allow the offense to succeed against the NFL’s #1 defensive unit. Pro Bowl quarterback Phillip Rivers is third in the league in both QBR and passer rating. So, what does this Chargers team need to do to secure a win at home? According to how the season has gone so far, they should run the football.

Hard to believe, right? However, the Chargers are 3-0 when they field a 100-yard rusher. The Chargers also have yet to win a football game when Rivers throws the ball over 40 times.

Running back Melvin Gordon will be a key part in the matchup and should bring the balance back that this offense needs. In relief of Gordon and tailback Austin Ekeler, rookie running back Justin Jackson averaged only 3.6 yards per carry in the Chargers’ Week 15 matchup.

Week 16 symbolizes the start of a two-week battle for the championship in the fantasy football realm. This Saturday matchup sees a ton of key pieces take the field. Players such as Phillip Rivers, Melvin Gordon, Keenan Allen, and Ravens kicker Justin Tucker are must-start players for all teams. Other fantasy options for this matchup are based on how much depth your particular fantasy team carries.

Chargers wide receiver Mike Williams had an astonishing performance against the Kansas City Chiefs, getting into the end zone three times in the victory. He will be a high-risk, high-reward play in Week 16. Quarterback Lamar Jackson and Ravens running back Gus Edwards also have some value entering a primetime matchup.