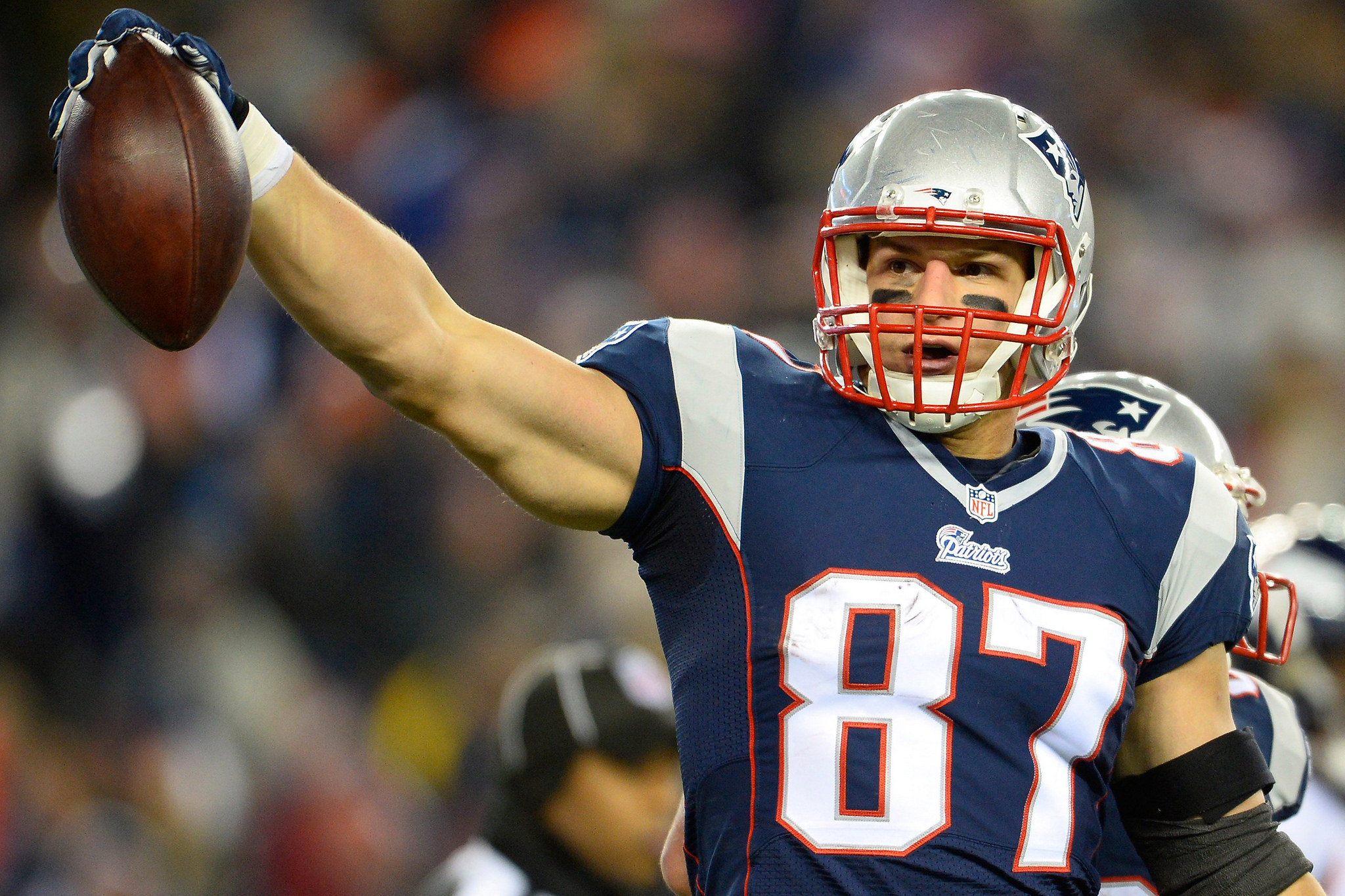 Injuries have been the focal point of the fantasy playoffs so far. Odell Beckham Jr., who led many teams to victories throughout the year, missed last game and will likely miss this week due to injury as well. Fantasy Stud James Conner also missed last week and, while there is a chance he will return this week, some owners may not have survived last week without him. Melvin Gordon and Austin Ekeler were both out on Thursday, while rookie Josh Jackson played well for those that picked him up. Kareem Hunt replacement Spencer Ware was also injured and Damien Williams scored two touchdowns in his absence. So to help you to find some replacements for your injured players, here is your Stud or Dud: Week 15!

Derek Carr, Oakland Raiders: The Raiders have been bad this year. They currently sit at 3-10 and are already looking to next season. In contrast, Derek Carr has strung together a few good weeks recently. Carr has thrown for 607 yards and 5 touchdowns with no interceptions over his past two games. He has been a bright spot for the team over the past few weeks. He’s also doing this with a very poor group of receivers, led by aging tight end Jared Cook.

Carr will now turn his attention to a Bengals defense that is one of the worst, if not the worst defense in the NFL. They are allowing 278.3 yards per game through the air, which is fourth-worst in the NFL. This will be a battle of the two very poor defenses in what could turn into a shootout. Carr is a QB1 this week and a great streaming option for those in need.

Kirk Cousins, Minnesota Vikings: Cousins is coming off one of his worst performances of the year. He passed for 208 yards and threw for only one touchdown. This game even got offensive coordinator John DeFlippo fired due to his reliance on the pass game. Cousins should now be able to take a step back and allow the run game to move the ball as well. This should allow Cousins more time to throw and post better numbers. He will also be facing a Dolphins defense that allows 261.6 yards per game through the air (eighth-worst in the NFL). The Dolphins are coming off a game where the allowed Tom Brady throw for 358 yard and 3 touchdowns. Kirk Cousins is squarely in the QB1 discussion this week.

Aaron Rodgers, Green Bay Packers: Rodgers has not looked like himself this year. Whether this is due to a poor supporting cast, poor coaching, Rodgers simply aging, or a combination of the three is up for debate. He is no longer the set-and-forget fantasy starter that he once was. This week, he shouldn’t be in starting lineups for playoff teams. The Packers are facing a Bears defense that is arguably the best in the league. They are allowing only 226.7 passing yards per game (10th best in the league). The Bears also gave the Rams fits last week — with the Rams coming into that game as the best offense in the league only to be completely shut down anyways. This “dud” prediction is mostly based off the bad matchup for Rodgers. He trends as a mid-tier QB2 this week.

David Johnson, Arizona Cardinals: It’s Week 15 and fantasy owners are still waiting for some type of consistency from the talented running back. He has not shown the type of production that fantasy owners expected when they took him in the first round. If you as a fantasy owner in the fantasy playoffs and you drafted Johnson, that pick could finally get you the win this week. The Cardinals are facing the Falcons, who have one of the worst rush defenses in the league. They are allowing 131.2 yards per game. Their struggles against pass-catching running backs are also very well documented. Johnson is one of the best in the league in that department and should build off his 8 catch performance last week. David Johnson is firmly in the RB1 discussion this week.

Dalvin Cook, Minnesota Vikings: Cook has been banged up this year, missing multiple games due to injury but coming in slowly over the past few weeks. He has rushed for 139 on only 22 carries over the Vikings’ past two games. He has also raised his floor with 13 catches and a touchdown over the same span. As was mentioned earlier, the Vikings fired offensive coordinator John DeFlippo, who was very reliant on Kirk Cousins to lead the offense. Since this seemed to be the reason that he was fired, the Vikings should now put more reliance on the running game. That will be spearheaded by Dalvin Cook, who is now in the RB1 discussion this week.

Derrick Henry, Tennessee Titans: Henry had one of the best games by a running back in recent memory last week. He rushed for 238 yards and four touchdowns — scoring 47.8 fantasy points in standard formats. Henry’s performance also set multiple franchise record for the Titans. While this was a great game and entertaining for those that started him fantasy, he will not get close to that this week. He is still being out-snapped by Dion Lewis, even after a game where he rushed for 200+ yards. The Titans obviously don’t trust Henry as their main lead back or the starter. He had never rushed for more than 58 yards all season before that game. Henry may have increased his stock slightly, but he is no more than a touchdown-dependent flex option this week.

Julian Edelman, New England Patriots: Edelman had one of his best games of the season last week and will look to build on it this week. He caught nine passes for 86 yard and a touchdown. Tom Brady has also made an effort to get Edelman the ball in the middle of the field on short routes, where he thrives. In PPR, Edelman is consistently one of the best receivers week-in and week-out. The Patriots are facing the Steelers this week, whose pass defense is ranked 12th-best in the league. This should not scare you enough to take Edelman out of your lineup, however, as the volume will always be there. The Patriots’ receiver is one of the better low-end WR1s this week.

Tyler Lockett, Seattle Seahawks: Lockett seems to have passed Doug Baldwin as the number-one receiver in the Seahawks offense. In general, Lockett is one of the most explosive receivers in the NFL. He’s averaging 15 yards per catch, which is a great number for the volume that Lockett has gotten this season. The Seahawks are not throwing the ball very much this year, as they have made the commitment to the run game. But rookie back Rashaad Penny is out this week, meaning they may have to rely on the passing game a little more. The Seahawks are facing a 49ers defense that is 13th in the league in pass yards allowed, so its not a matchup that scares fantasy owners. Lockett is a WR2 with upside this week, especially if he can get 6-7 catches.

Kenny Golladay, Detroit Lions: Golladay was a lot of people’s pick as a sleeper at the start of the season. The hype grew even more when Golden Tate was shipped off to Philadelphia and Marvin Jones Jr. went down with an injury. Golladay has not lived up to those expectations, however. Over the past two weeks, he has only 5 catches for 55 yards with no touchdowns. This is partially due to Matt Stafford not playing to the level many expect. Golladay, though, has not had the target volume to put up the numbers that he could be. The Lions will face a tough matchup in the Bills this week, who are number one in terms of pass defense. They allow only 185.8 yards per game. Golladay will be shadowed by Tre’Davious White, who will likely shut him down. Golladay is a flex option this week, at best.

Rob Gronkowski, New England Patriots: Gronkowski finally broke out last week. He posted 8 catches for 107 yard a touchdown. Overall, he reminded everyone that he is still one of the best at his position. The Brady-Gronkowski connection is one of the best in the league and should be able to continue into this week when they face the Steelers. The Patriots will be reliant on Edelman (as was mentioned earlier) and Gronk to lead the passing game. He is always to threat to catch one or more touchdowns, which further increases his ceiling. The Steelers struggled against TEs throughout this season, allowing an average of 15.6 fantasy points per game to the position. Gronk is a top TE this week.

Evan Engram, New York Giants: The second-year tight end has had a rough year. He was taken out by injury during the season, but is now healthy. Engram has not produced on the level he did last year. He has only caught 9 passes over his last three games and will be behind Sterling Shepard and Saquon Barkley in terms of touches. The Giants are also facing the Titans, who are number one in terms of fantasy points allowed to tight ends (allowing only 7.4 points per game to the position). This drives Engram’s value into the TE2 discussion and he should not be considered as a starter or a streaming option.

Dominant Wideout Davante Adams Moving Towards Greatness
A Tale of Two Quarterbacks: Fitzpatrick and Sanchez
%d bloggers like this: