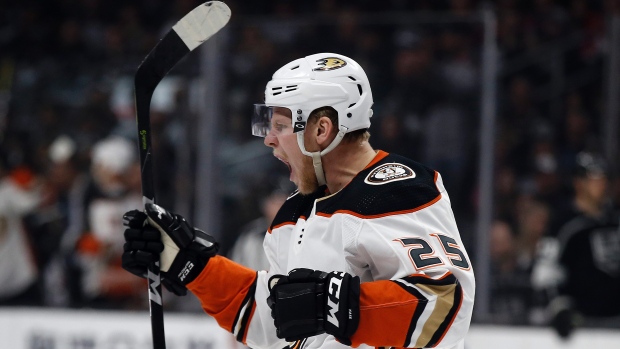 The Anaheim Ducks rallied in the third period to defeat the Dallas Stars, 6-3, behind Ondrej Kase’s first career hat-trick and captain Ryan Getlaf’s 900thcareer point with an assist on a Kase goal.

The Ducks took a 1-0 lead into the second period with Kase’s first goal of the night at the 6:38 mark of the first period. However, the Ducks quickly trailed 3-1 for most of the second period. Kase brought the Ducks within one with 3:30 minutes to go in the second.

In the last home game for the Ducks before a 6-game road-trip and the holiday break, the Ducks collected four unanswered goals in the third period, including a Hampus Lindholm empty-net goal to secure the win.

Injuries continue to plague the Ducks. The Ducks announced Wednesday that goaltender Ryan Miller will miss approximately 6 weeks with a sprained MCL. Also, Rickard Rakell has a sprained ankle and is out indefinitely. Both were placed on the IR. To replace Miller, the Ducks claimed former St. Louis Blues goaltender Chad Johnson off waivers.

In addition, the Ducks announced that Rickard Rakell will not travel with the team. He hopes to be back when the Ducks return home on December 29.

Photo Courtesy of The Canadian Press

NHL Preview: Colorado Avalanche vs. Pittsburgh Penguins
Did Robert Bortuzzo’s Fight in Practice with Zach Sanford Bring the Team Together?
%d bloggers like this: