Houston Texans: Their Shot at a First Round Bye 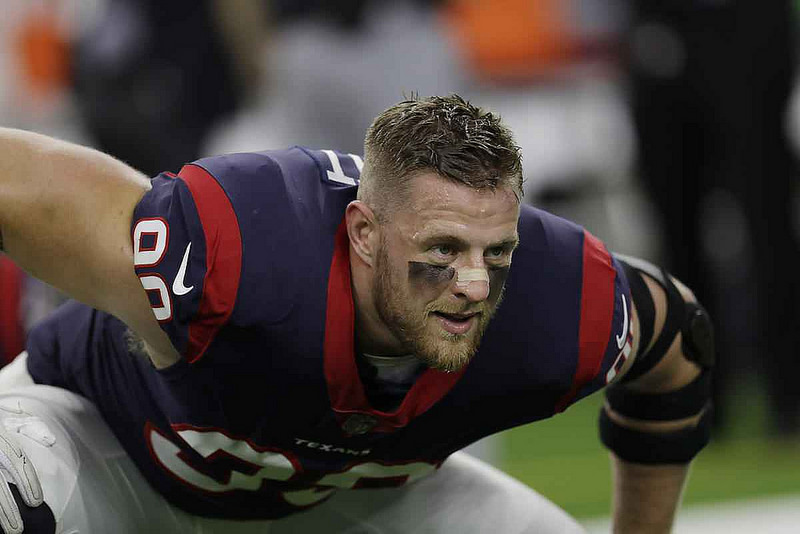 Houston Texans Continue Their Rise to the Top of AFC

After losing their first three games, the Houston Texans have won eight straight. With all the dominant teams in the NFL right now, including the New Orleans Saints, Los Angeles Rams and Kansas City Chiefs, most of the time the Texans aren’t in the conversation.

Last year, the Texans seemed to be on their way to a decent season and maybe another postseason run but top defensive end J.J. Watt tore his tibial plateau in early October. Then, rookie quarterback Deshaun Watson tore his ACL during a practice in early November.

Top of the Line

No matter if there is an Pro Bowl QB or a backup, one thing will never change. Wide receiver DeAndre Hopkins is one of the best in the game. In the six seasons he’s played in the league, he’s reached 1,000 yards in four of them. Even with his starting QB out last season, he led the league in receiving touchdowns for a WR with 13. He has 44 in his career, including eight so far this season.

J.J. Watt has been in the league for eight years. Although, he only played three games in the 2016 season and five games the 2017 season. He has racked up 87.5 sacks, 20 forced fumbles, one interception, and one defensive touchdown with the Texans. He has 149 tackles for a loss in his career. Watt has led the NFL in tackles for loss three different seasons. This season, he is up for comeback player of the year. He has a career-high five forced fumbles, 13 tackles for a loss and leads the AFC in sacks with 11.5.

Who will finish with the most?! pic.twitter.com/QXshXfFuDV

First-Round Bye For the First Time Ever?

Because of the eight-game winning streak, the Texans have a comfortable two-game lead on the Indianapolis Colts in the AFC South. Their 8-3 record has them sitting in the third seed behind the 8-3 Patriots and 9-2 Chiefs.

The Texans’ upcoming schedule plays to their favor. They will be at home when facing the Cleveland Browns and Indianapolis Colts. They then travel to face the New York Jets and Philadelphia Eagles then go back home to face a division opponent, the Jacksonville Jaguars.

The Houston Texans have never had a first-round bye. In fact, they have only made the playoffs a handful of times. They are also the only AFC team to never play in a conference championship game. The closest they ever made it was in the 2016 season. They beat the Oakland Raiders in the Wild Card game but fell to the New England Patriots in the Divisional Round.

It’s possible that Houston could clinch a first-round bye week this year. If the Texans win out and the Chiefs lose two, or the Patriots lose one they can squeeze into the first round bye and possibly earn home field advantage throughout the playoffs.

The Chiefs’ incoming schedule isn’t the hardest, but they face their red-hot division rivals, the Los Angeles Chargers.

The Patriots’ schedule is highly in their favor facing  Miami, Buffalo, and NY Jets. However, they will have to face the Minnesota Vikings who currently boast a top-five defense. New England will then travel to Heinz Field to face the Pittsburgh Steelers who are a completely different team at home.

The Houston Texans have an opportunity to run the table and earn this first-round bye as the first or second seed. This explosive offense and outstanding defense have a chance to make franchise history.