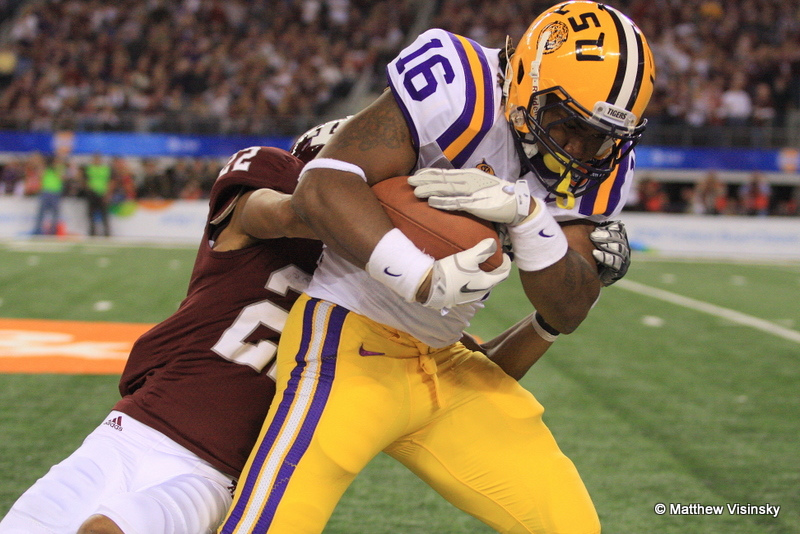 Seven overtimes. Seven. It’s still hard to wrap our heads around as college football fans. Seven overtimes. It was riveting football emphasizing the magnetic draw of the game. It was painful to watch LSU lose and yet it was a joyful moment to see A&M take a game they needed. At 74-72, the game was a true representation of the joy of victory and the agony of defeat.

Never in the 57 years of history of this rivalry has there been such a game. Tied for the highest scoring game in FBS history, this game became about because of a nullified interception. A Grant Delpit pick waved off because A&M quarterback Kellen Mond’s touched the ground fielding a bad snap with LSU ahead 31-24 , and less then 30 ticks left on the clock.

Did you lose track of all the crazy things happening everywhere? You didn’t lose track of the fact that Aggies head coach Jimbo Fisher earned a win against LSU in his first try, did you?  What about that 4th and 18 pass that appeared to be short but a generous spot gave the Aggies a first down? To add to it that Mond and company were able to run another play before it was reviewed. Then of course came the expired clock which the officiating crew ruled was incorrect and they put a second back on which of course brought about the game tying play.  It was more then crazy and to be unknown to all seven overtimes were yet to come.

If overtime didn’t happen, we would not have seen the Odell Beckham Jr. style catch in the fourth overtime. We only bring up ODB of course because he is a former Tiger and this was an Aggie emulating him.

The game that began on Saturday evening ended Sunday morning but not without controversy in the seventh overtime. Once again it seemed that LSU in seven overtimes had defeated Texas A&M but wait. Enter the officiating crew once more. Following the touchdown by the Aggies and incomplete two point conversion attempt, the referees stepped in to save the A&M season again. A pass interference call against LSU’s Greedy Williams gave new life to the Aggies. Almost seems as if they had nine lives in this game. They made the most of the next opportunity.