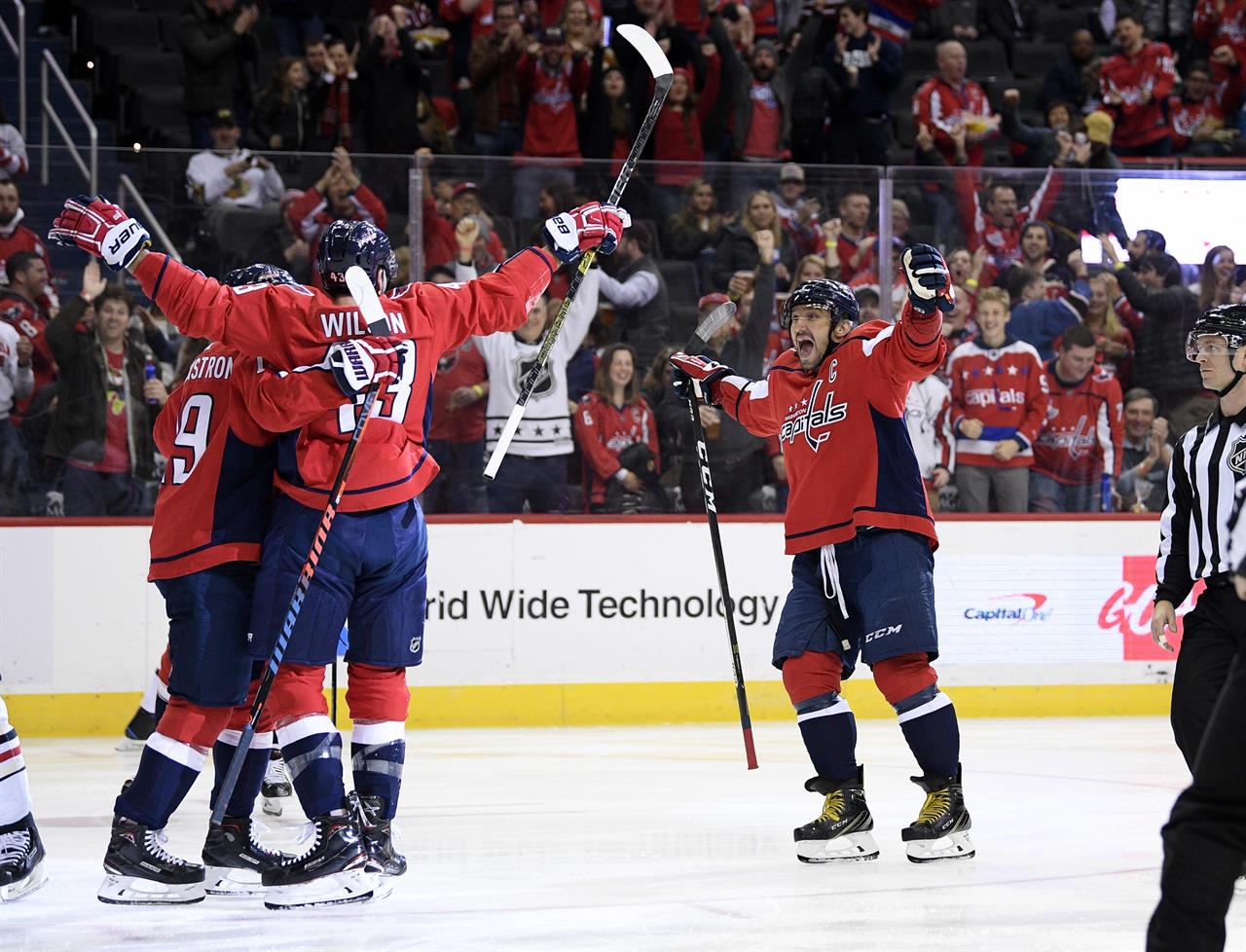 A successful home game on Thanksgiving Eve was just what the Capitals needed to keep their momentum rolling. The Washington Capitals bested the Chicago Blackhawks 4-2, making this their eighth-straight win in DC against them. Depth scoring was key in this game, with goals coming from different lines instead of the same superstars. Things got a little chippy toward the end, but who doesn’t like a little excitement in their hockey?

Scoring first helps win games. That’s as easy as it gets. It doesn’t necessarily matter when it happens, but the earlier the better works for the Capitals. When a goal comes within the first minute of play, that is going to be a big motivator. Tom Wilson scored his first home-ice goal on his first shift of the night. Just 54 seconds in, he read a pass from Ovechkin, positioning himself to Crawford’s right side to hit the open net.

Not even halfway through the first period, André Burakovsky scored for his third of the season. Jakub Vrána backhanded the puck through the top of the crease where Burakovsky was waiting at the faceoff dot to snap it in.

Burakovsky said, regarding last night’s match: “Just to get back after a year that we had, I think it’s tough to get in and get going right away. So we’re building our game slowly, and tonight I think we did exactly what we wanted.” This was also Burakovsky’s best looking game of the season so far. They need him to be an offensive presence and with the increased ice time he’s getting, he should be making the most of it.

As proven with the Lars Eller game-winning goal against Montreal earlier this week, Capitals players like scoring on their former teams. Michal Kempný had a good look versus Corey Crawford early in the second but couldn’t get it into the back of the net. However, he managed the goal and it would turn out to be the game-winner, as well.

Kempný came to Washington at the trade deadline for the price of a third-round pick in the 2018 NHL Draft. Kempný had been benched in Chicago, not getting much opportunity to crack the lineup. Before the trade, he had been considering returning to play in Europe. The Capitals took a chance and acquired a player that solidified the defense. It gave the Caps a chance at winning the Stanley Cup. When asked about the trade, Kempný said, “Thank God that it happened, you know? That for sure saved my career in the NHL.”

The Capitals take on the Detroit Red Wings in a 4 p.m. home matinee on Friday. After a seven-game losing skid to start the season, the Red Wings have started to find their footing. If the Capitals can stay out of the penalty box, they should get the win. Detroit’s power play is tied for twelfth in the league, but it could prove rough for Washington’s penalty kill. Following last night’s game, the Capitals penalty kill comes in 25th in the league.

Both teams have comparable win-loss records by this point in the season, but Detroit sits at sixth in their division versus the Capitals’ third. The Red Wings don’t rank very high in goals for, so the Capitals need to shut down Dylan Larkin and Andreas Athanasiou. Evgeny Kuznetsov and TJ Oshie are still out, so the Capitals offensive power will need to be spread out much like it was against the Blackhawks. Most importantly, speed is key. If the Caps start to drag toward the end of the game like they have been, they open themselves up to more scoring chances from the opposition.