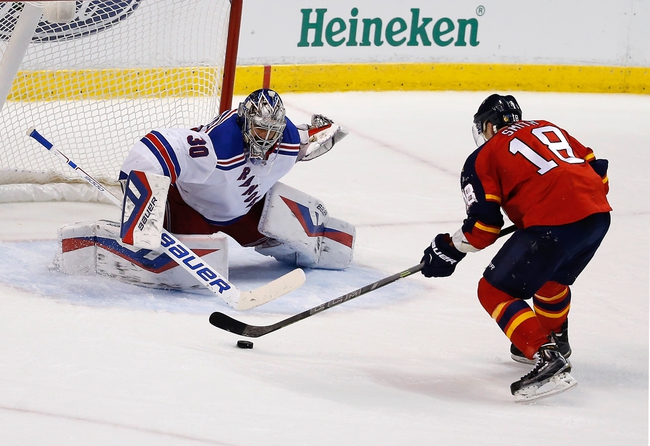 The Florida Panthers Will Take on the Rangers for the Second Time This Season.

Florida will fly into the city that never sleeps to take on the Rangers. This will be the second meeting between those teams. In their last meeting, the Rangers topped the Panthers 5-2.

Tale of the Tape.

Florida is coming off of a beat down by the hands of the Columbus Blue Jackets by a score of 7-3. It snapped a five-game winning streak for the squad. However, this team is still very strong coming in. Mike Hoffman now has a franchise record 14-game point streak and is looking to extend it in this matchup.

Despite his point streak-snapping at 12 games, Evgenii Dadonov is still a strong forward and currently leads the team in points with 17 and goals with eight. Look for him to get on the board after being held off of it on Thursday.

Despite giving up six goals on 36 shots on Thursday, expect Roberto Luongo to get the nod.

The Rangers are coming off of a loss at the hands of the New York Islanders by a score of 7-5. This game will feature the season debut of recently acquired Ryan Strome.

Additionally, this will be Mats Zuccarello’s second game back from injury, who has been a Panther killer. He has 23 points in 21 career games against Florida. Look for him to find the back of the net. Despite getting pulled on Thursday night, expect Henrik Lundqvist to get the start in the net.

Jaime McGinn is still recovering from back surgery.

Pavel Buchnevich is out with a thumb injury.

Adam McQuaid is out with a lower-body injury. His injury is considered to be week-to-week.