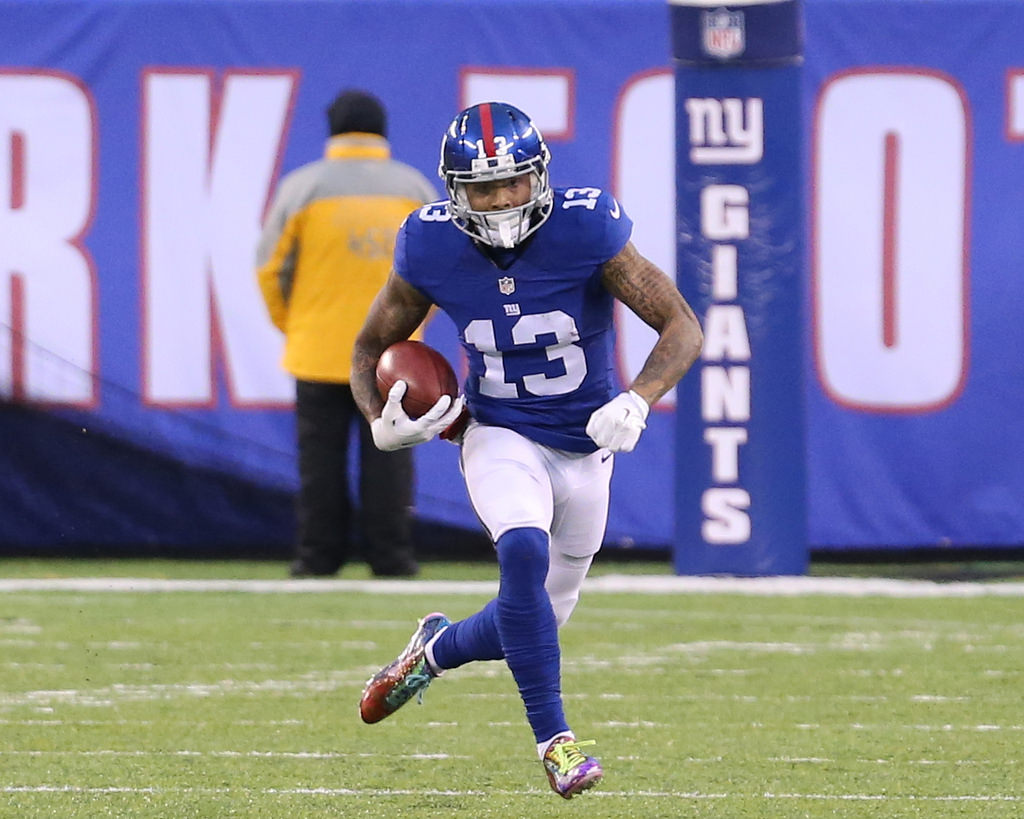 In a smoke-hazed stadium, the New York Giants dominated the fourth-quarter with a come-from-behind victory over the San Francisco 49ers. The Giants took the win from the Monday Night Football showdown with a score of 27-23.

Prior to Monday Night Football kicking off, it was a coin toss as to which team was likely to come out on top. Both the Giants and 49ers have been two of the worst-performing teams throughout the season. The 49ers led for the majority of the game, with unlikely starting quarterback Nick Mullens impressing yet again. However, the Niners were again unable to shut their opponent out, suffering another fourth quarter collapse.

The 49ers’ offense had a total of 250 passing yards and 124 rushing yards for a combined total of 374 yards. Nick Mullens completed 27-39 for 250 yards, one touchdown, two interceptions and a quarterback rating of 73.7.

The 49ers went on a six-play opening drive, ending in a 53-yard field goal by Robbie Gould. He has continued to be reliable and accurate this season, acquiring much needed points for the Niners.

Overall, Mullens performed well for his second outing as an NFL starting quarterback. He did suffer some mistakes throughout the game, but on the whole, gave another reasonable effort. Mullens was accurate with his throws, for the most part — connecting with his receivers, while favoring George Kittle as his go-to man.

He did, on occasion, hold the ball too long. Unlike prior backup CJ Beathard, though, Mulles was able to throw it away, resulting in zero sacks against him. Mullens lacked good situational awareness at times against the Giants’ defense, however, throwing two interceptions.

The first pick was as a result of Mullens holding the ball for too long, waiting for someone to get open. This would soon cost the Niners in the form of a Giants touchdown. The second interception came off the hands of Marquise Goodwin. A possible miscommunication between QB and receiver led to the ball being thrown near Goodwin, with the wide receiver having to turn around to make a grab for it. This turn was not soon enough, however, and resulted in another turnover.

George Kittle, once again, led the 49ers in receiving yards — with nine receptions for 83 yards. He dominated Landon Collins, who was unable to match Kittle in either man or zone coverage.

Matt Breida had another standout performance and will make a serious case for being the Niners’ number-one running back next season. He had seventeen carries for 101 yards and two touchdowns.

Mullens came out in the second quarter firing, marching the Niners down the field for a seven-play 75-yard drive. A great block by Kyle Juszczyk would get Breida over the line for a 3-yard touchdown run.

The 49ers’ final touchdown of the game came just after halftime. Thanks to a botched kick from Aldrick Rosas, the ball was placed on the San Francisco 40-yard line. The Niners moved the ball 60 yards down the field with 11-plays, resulting in an 11-yard touchdown reception from Breida. Mullens threw the ball high, though Breida was able to reel it in.

Through the ground and now through the air.@MattBreida showing off on #MNF.

The defense started strong, halting the Giants in their opening drive and forcing a punt. From there, they took a U-turn from Week 9’s effort against the Oakland Raiders and regressed to the defense that 49ers fans have come to know.

The pass rush they showed last week seemed to disappear against the Giants. With the Giants having such a  poor offensive line, it was expected that Niners’ pass rushers would dial up the blitzes and feast on the easy sack chances. For the vast majority of the game, however, that rush just wasn’t there.

DeForest Buckner and Dekoda Watson combined for the only sack of the game — on either team. Malcolm Smith, meanwhile, led the defense with a total of six tackles.

The secondary struggled, as they have for much of the season. Miscommunications between players led to Giants receivers picking up easy yards and touchdowns. Missed tackles reared their ugly head again and posed a problem for the Ninners defense.

Odell Beckham Jr. wreaked havoc on the secondary, scoring two easy touchdowns. K’Waun Williams left Beckham wide open on one occasion, standing in front of him while in the end zone. Beckham was also flanked by both Jimmie Ward and Ahkello Witherspoon, who were too late in assisting Williams. Witherspoon also missed Beckham in coverage, leading to a third quarter touchdown.

Rookie Fred Warner performed well again, stepping up in the absence of an injured Reuben Foster. Warner made a notably big play with under two minutes remaining in the second quarter. With the Giants facing 3rd and 3, Warner managed to snake his way through and tackle Saquon Barkley behind the line of scrimmage, forcing a Giants’ punt.

The 49ers will have to take some time and assess their secondary — in both the coming weeks and the 2019 off-season.

The New York Giants offense totaled 180 passing yards and 97 rushing yards for a combined total of 277 yards. Eli Manning completed 19/31 passes for 188 yards, three touchdowns, and a quarterback rating of 110.7.

The Giants got off to a shaky start, with Beckham dropping an easy catch on the first play of the game. They would end up losing one yard during that series, with the Niners forcing them to punt.

From there, Manning would continue to gain momentum. He proved he still has skill in the pocket and, at times, played like the Eli Manning of old. He was able to throw into tight coverage and link up with receivers consistently. Though Manning faced a team with a struggling defense, he dominated the 49ers in the second half.

Barkley led the Giants rushing with twenty carries for 67 yards. He continued to struggle to find open space, though, hampered by the Giants’ offensive line. The constant threat of a breakaway run, however, would be enough to ensure he always found coverage from the Niners’ defense. Barkley’s longest run of the game was 18 yards, coming in the first quarter.

Beckham managed four receptions on the night, with 73 yards and two touchdowns. As expected, he dominated the 49ers’ mostly-young secondary. He blew past them on several plays and, through poor coverage, often remained unmarked. With Monday Night’s two scores, Beckham now has a total of four touchdowns on the season.

The New York Giants’ first touchdown came on their third possession of the game, courtesy of an interception. Manning threw a 10-yard pass to a wide open Beckham for the score to capitalize on the turnover.

The following touchdown saw Manning move the Giants down the field 53-yards in 4-plays. Manning overthrew Beckham on the play prior. However, he got it right when running the same play again — throwing to an unprotected Beckham for a 20-yard touchdown.

The touchdown which would ultimately win the game, though, came by way of a crazy final drive for the Giants that included four penalties, two for each team. The Giants moved the ball 75 yards during the 9-play clinching series. Manning connected with Sterling Shepard for a 3-yard touchdown pass to seal the win.

The New York Giants’ defense applied the pressure early to Mullens, restricting the 49ers to a field goal on their first drive. They were able to maintain that pressure at times, forcing Mullens to throw away to avoid sacks.

Although the Giants’ defense was unable to record any sacks, they did manage three quarterback hits — with Lorenzo Carter, Alec Ogletree, and Olivier Vernon registering one each. Landon Collins led the defense with a total of nine tackles.

They struggled to contain tight end George Kittle, who has continued to show his dominance on the field as one of the league’s top tight ends this season. Kittle was able to gain large chunks of yards due to his mismatch with Collins, who received little assistance from other defenders.

B.J. Goodson came away with two interceptions, the first leading to a Beckham touchdown. Goodson intercepted Mullens in the first quarter, receiving a throw intended for receiver Kendrick Bourne at the San Francisco 17-yard line.

The second interception came at the start of the fourth quarter, with Goodson intercepting a deflected ball from Goodwin’s hands. Mullens threw a poor ball behind Goodwin, who was forced to turn around to attempt to make the play.

With this win, the New York Giants now move to 2-7.  The San Francisco 49ers, meanwhile, slid to 2-8. With the season now past the halfway mark, a different sort of battle has emerged for these teams. At this stage, the fight appears to be between the 49ers, Giants and Raiders — all in prime contention to secure the number one overall pick in the 2019 NFL Draft.

Le’Veon Bell Officially Out for the 2018 Season
Week 11: Dallas Cowboys vs. Atlanta Falcons Preview
%d bloggers like this: